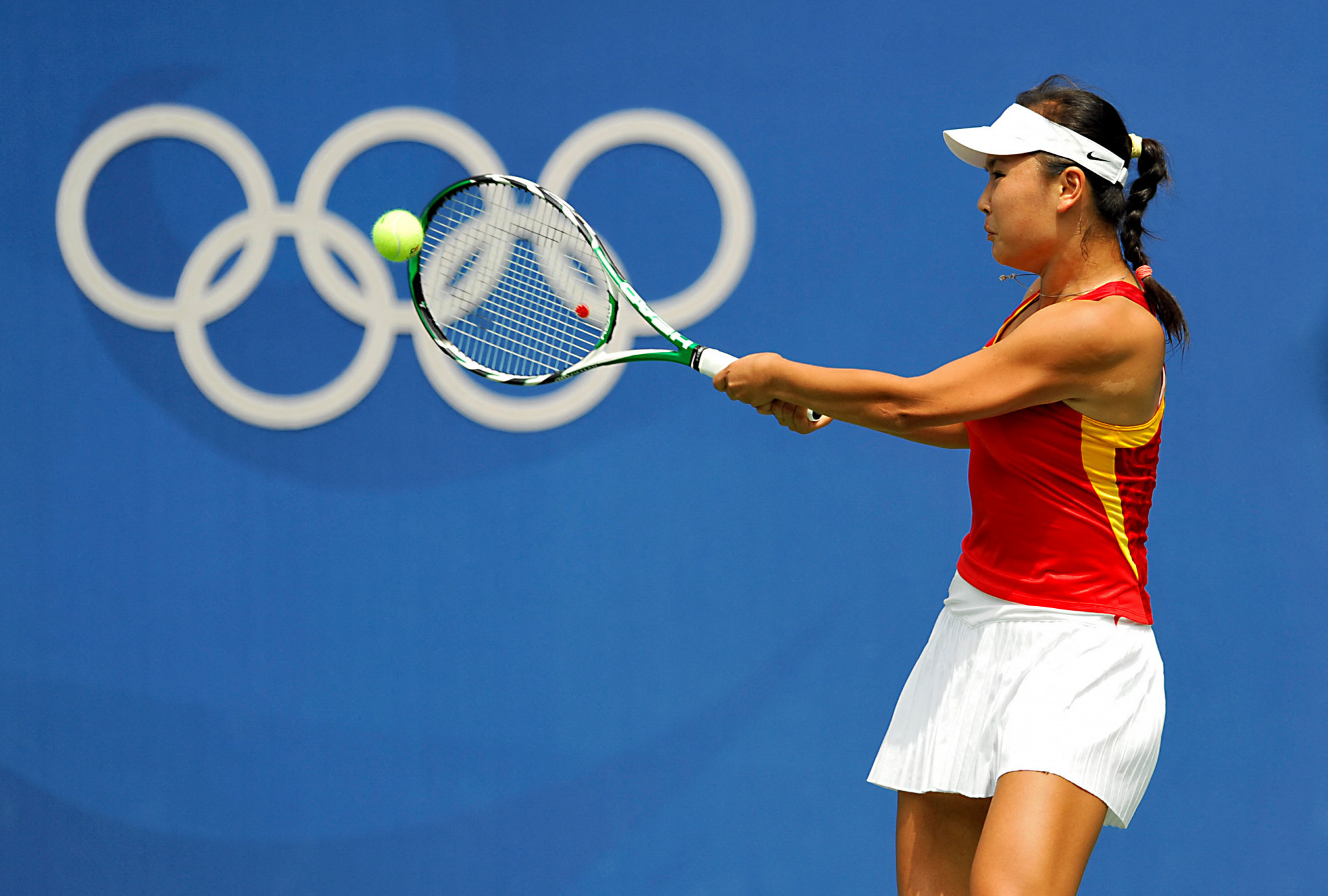 The Women's Tennis Association (WTA) has suspended all tournaments in China in response to ongoing concern for the welfare of Peng Shuai.

"In good conscience, I don’t see how I can ask our athletes to compete there when Peng Shuai is not allowed to communicate freely and has seemingly been pressured to contradict her allegation of sexual assault", WTA chairman and chief executive Steve Simon said.

"Given the current state of affairs, I am also greatly concerned about the risks that all of our players and staff could face if we were to hold events in China in 2022."

Simon added that he was "gratified by the massive amount of international support the WTA has received for its position on this matter" - one that is diametrically opposed to the International Olympic Committee (IOC) stance on the case and Beijing 2022.

The WTA Tour typically visits China for several tournaments each year and suspending all Chinese events is likely to have significant financial reverberations.

The end-of-season WTA Finals had been contracted to take place in Shenzhen until 2030, although moved to Guadalajara this year in response to the coronavirus crisis.

Concerns over Peng's welfare persist and the tennis player engaging in a video call with IOC President Thomas Bach, Athletes' Commission chair Emma Terho and Li Lingwei, a former badminton player, IOC member and Chinese politician, did little to quell fears despite the IOC claiming Peng insisted she was "safe and well".

"The behavior of the IOC in relation to Peng Shuai's sexual assault allegations and disappearance has been irresponsible and shows just how hollow its understanding of human rights really is," SRA acting director Andrea Florence said today.

"The IOC's eagerness to ignore the voice of an Olympian who may be in danger and to support claims of state-sponsored media in China shows the urgent and critical need for an IOC human rights strategy in close consultation with affected stakeholders, placing athletes at the centre."

Peng alleged on Weibo on November 2 that Zhang Gaoli, a former senior vice-premier and high-ranking member of the ruling Chinese Communist Party (CCP), had sexually assaulted her 10 years ago, before they had an on-off extra-marital affair.

The post was removed within 20 minutes, not reported on in China, and Peng was reportedly not seen for more than two weeks.

Chinese state media insisted she was safe after the WTA and several leading players expressed concern, publishing an email which was claimed to come from Peng but was widely dismissed as being fabricated.

Images and videos of Peng, including one where someone off-camera is at pains to mention the date, were also published before the three-time Olympian's call with Bach.

The IOC has been accused of prioritising the upcoming Winter Olympics - due to be held in Chinese capital Beijing - over the welfare of Peng.

The IOC should use the Games as leverage to lobby the Chinese Government "to open an independent and transparent investigation into Peng's sexual assault allegations if she so desires", the SRA said.

However, Zhang was at one stage the leader of a State Council working group overseeing Beijing 2022 preparations and has been pictured with Bach, leading some to further question the organisation's impartiality.

"The process of coming forward with allegations of sexual abuse, especially against such a powerful figure, is incredibly brave, difficult, and fraught with personal risk," said Julie Ann Rivers-Cochran, executive director of The Army of Survivors.

The Army of Survivors was founded in response to the crimes of Larry Nassar, a USA Gymnastics doctor who sexually abused hundreds of young gymnasts.

"Peng Shuai should be commended, believed and provided with the utmost protection through trauma-informed support and a survivor-centered investigation, if she so desires, that takes her claims and her safety seriously.

"The IOC’s response has involved none of these elements - yet more evidence of its ad-hoc and misguided approach to human rights."

Human rights groups were calling for the Winter Olympics and Paralympics to be moved from China even before the Peng case shone a new light on the Government's intolerance of dissent.

China has so far refused calls to allow the United Nations unobstructed access to the region to investigate.

The European Union (EU) has said that Peng's "recent public reappearance does not ease concerns about her safety and freedom", aligning itself more with the WTA stance than that of the IOC.

"The EU joins growing international demands, including by sport professionals, for assurances that she is free and not under threat", continued a statement.

"In this spirit, the EU requests the Chinese Government to provide verifiable proof of Peng Shuai’s safety, well-being and whereabouts.

"The EU urges the Chinese authorities to conduct a full, fair and transparent investigation into her allegations of sexual assault."

Relations between several EU members and China are fraught, and with calls for a diplomatic boycott of the Winter Olympics and Paralympics coming from politicians in the United States, Britain, Canada, Australia and other countries, it would appear likely that several of their EU allies could follow suit.