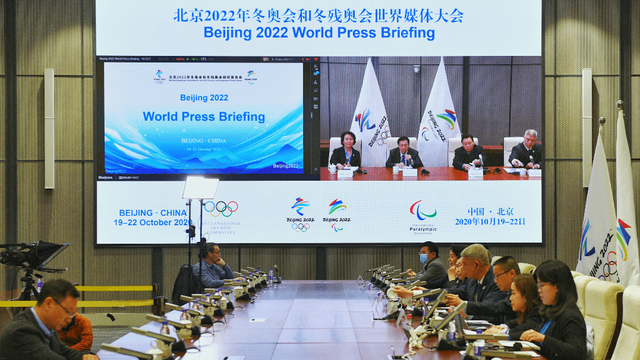 Reporters Without Borders (RSF), set up to protect freedom of speech and information, has warned journalists and media covering the 2022 Winter Olympic Games to protect themselves against surveillance by the Chinese Government.

Key recommendations include avoiding downloading applications that could allow the Chinese authorities to monitor them.

RSF has also called upon media outlets, publishers and social networks to denounce any editorial interference or pressure from the Government in China.

"It is legitimate for the media to cover this major international event, but they must be wary of the regime's manipulation attempts and protect their journalists from surveillance and possible pressure."

According to RSF, there are at least 127 journalists currently detained in China.

Other RSF recommendations include not storing, even temporarily, passwords or information that could endanger journalists or their sources.

Last month, the Foreign Correspondents' Club of China criticised a lack of transparency from the Organising Committee and the International Olympic Committee on sports reporting in the country.

RSF, an international non-profit and Non-Governmental Organisation founded in 1985, have issued guidelines about reporting events in China.

"Do not cooperate with media outlets that relay Chinese Communist Party propaganda and, if you are invited to China as a journalist, think about what may be asked of you in return."