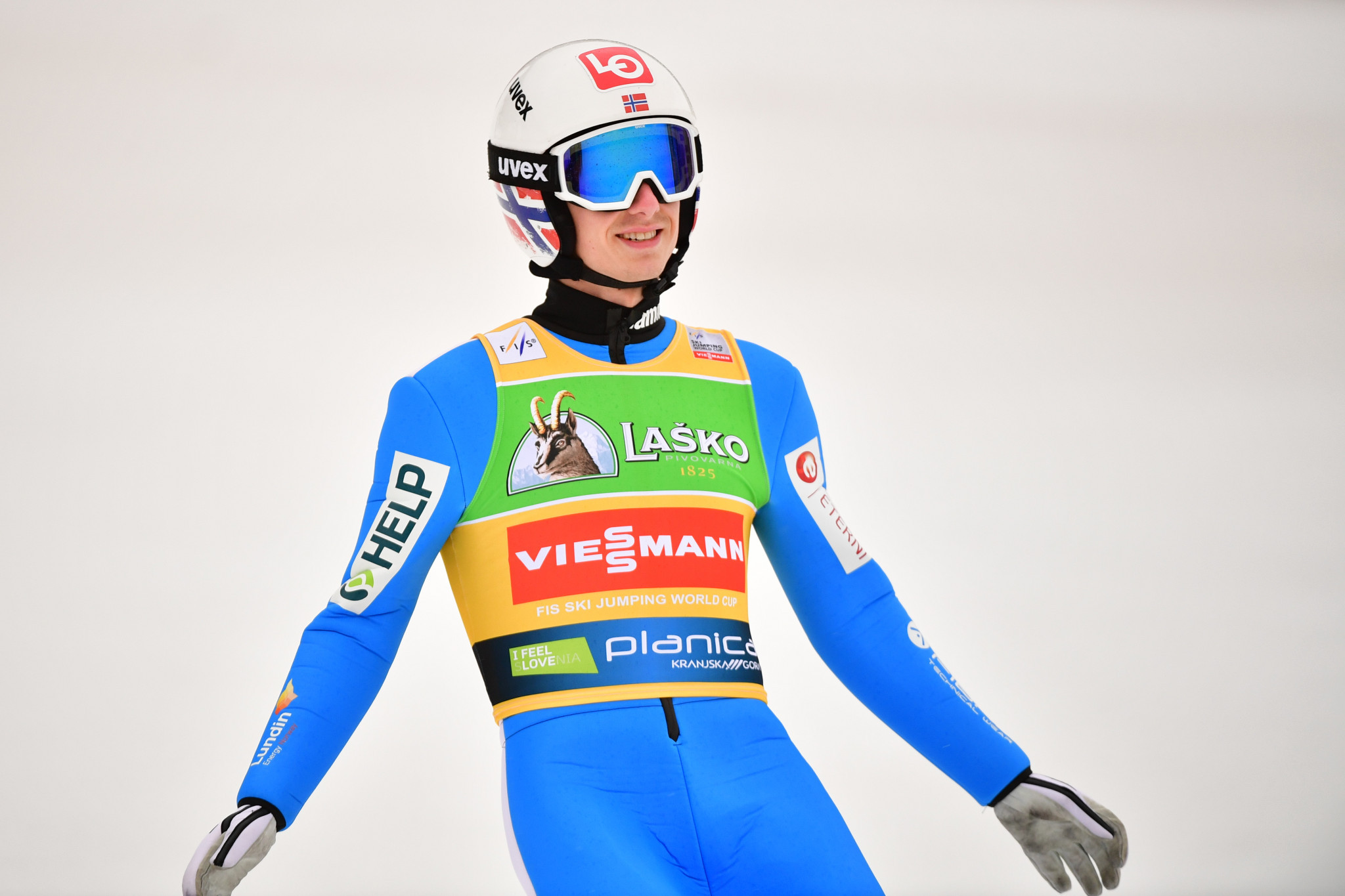 Granerud finished third in the opening World Cup contest yesterday, and built on it with a 12th individual career World Cup victory - the most of any athlete from Norway.

Two of those came at last year's doubleheader in Nizhny Tagil, and his total of 235.3 points from two jumps today earned him a comfortable victory, beating Germany's Karl Geiger by almost nine points.

"It was a lot of fun today, both jumps were good and I just really like this hill here," Granerud said.

He triumphed in the first competition of the season yesterday, with 226.5 enough for second place today.

"It almost can't get any better, I had two really good competitions and I'm just happy that I had such a great start of the season," Geiger said.

Granerud placed third yesterday, and is second in the overall classification with 160.

Austria's Stefan Kraft delivered a superb second jump to climb from 14th to third today, finishing with a score of 223.8.

Timi Zajc of Slovenia finished just off the podium with 222.5.

The next men's Ski Jumping World Cup event is scheduled for Ruka in Finland from November 26 to 28.

Nizhny Tagil will host the opening leg of the women's Ski Jumping World Cup season from November 25 to 27.