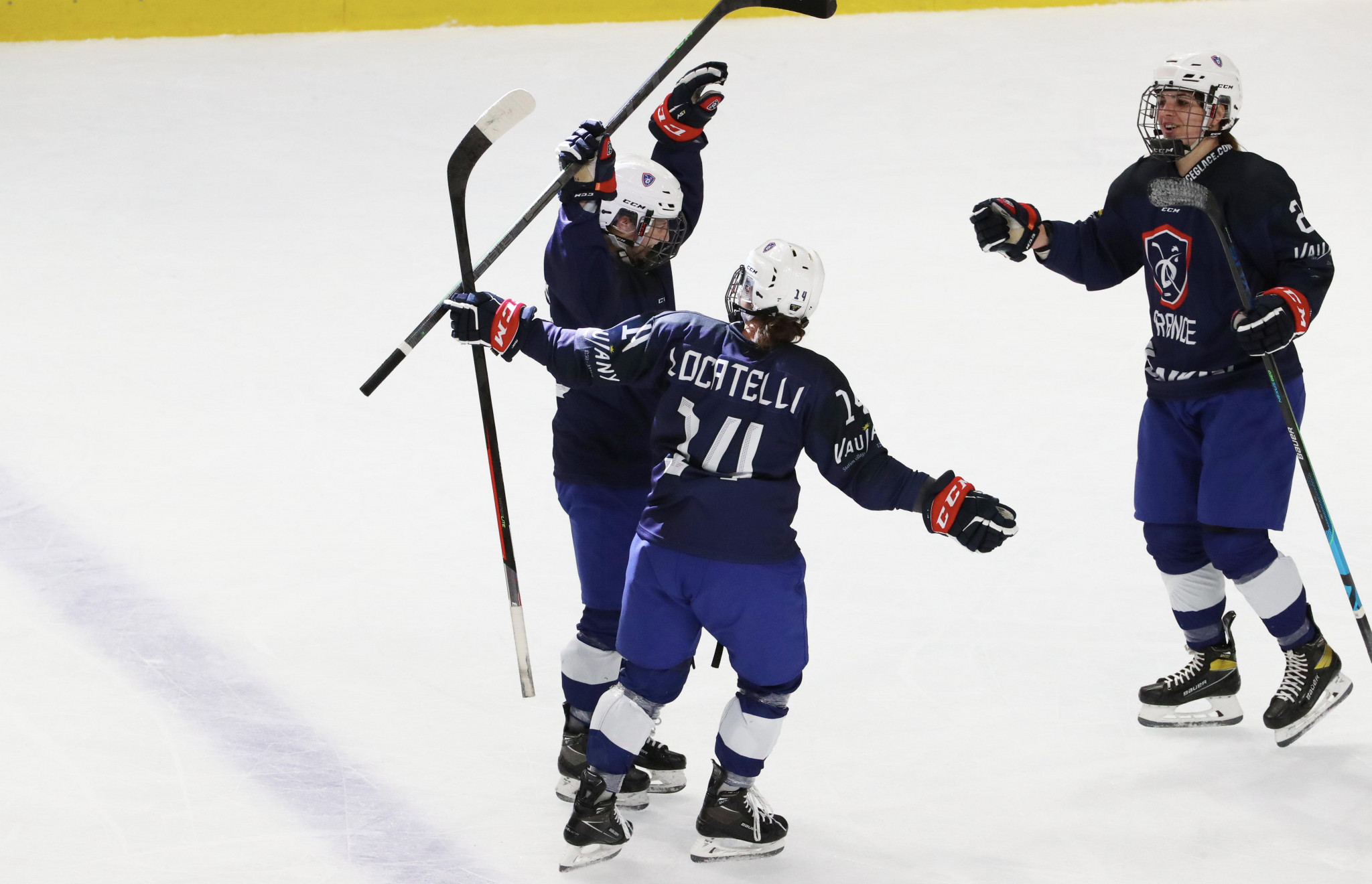 Hungary opened their account final round of women's Olympic ice hockey qualifiers in formidable fashion, with an 11-1 demolition of Poland.

The Poles opened the scoring through Wiktoria Sikorska in Group C in Chomutov in Czech Republic, before their opponents mercilessly fought back.

"Depth doesn’t show in the first 10 or even 20 minutes of the game, but as it goes along it starts to trump and I think that’s what we saw today.

"Poland had a great qualification tournament, coming from behind late in the third period, so we were determined to make sure this game was determined as early as possible."

The Czech Republic beat Norway to the delight of the 753 fans at Rocknet Aréna.

The victory was characterised by solid defence throughout, especially from goaltender Viktorie Svejdova.

Czech Republic were saved by the post and hold their 3-1 lead against Norway! 🏒

In Group D, fixtures took place in Füssen in Germany.

The hosts took to the ice against neighbours Austria, who are looking to reach their first Olympic Games.

The Austrians produced a huge 3-0 upset win against the group favourites.

Theresa Schafzahl scored with Austria short-handed in the first period and Anja Trummer added a brace later to give Austria a vital three points in their opening game at the Arena Füssen.

Denmark got their qualifying campaign off to a perfect start with a 4-0 thumping of Italy.

Captain Josefine Jakobsen led the way with a pair of goals for Denmark, who have never qualified for the Olympics and this year played in the primary Women’s World Championship for the first time in 29 years.

Josefine Persson and Michelle Weis doubled the Danes' tally while stern defending kept the Italians off the scoreboard.

Sweden were backed by a bumper 1,011-strong crowd at Coop Norrbotten Arena in Luleå for their Group E tie with Slovakia.

Emma Nordin opened the scoring in the first period after just 18 seconds before Felizia Wikner Zienkiewicz and Josefin Bouveng ended all hope for Slovakia to finish the match 3-0.

France comfortably beat South Korea 4-0 in the group's other game, with goals in each period including a double from Clara Rozier who also picked up an assist.

The top team in each group will qualify for the women's ice hockey tournament at the Beijing 2022 Winter Olympic Games.