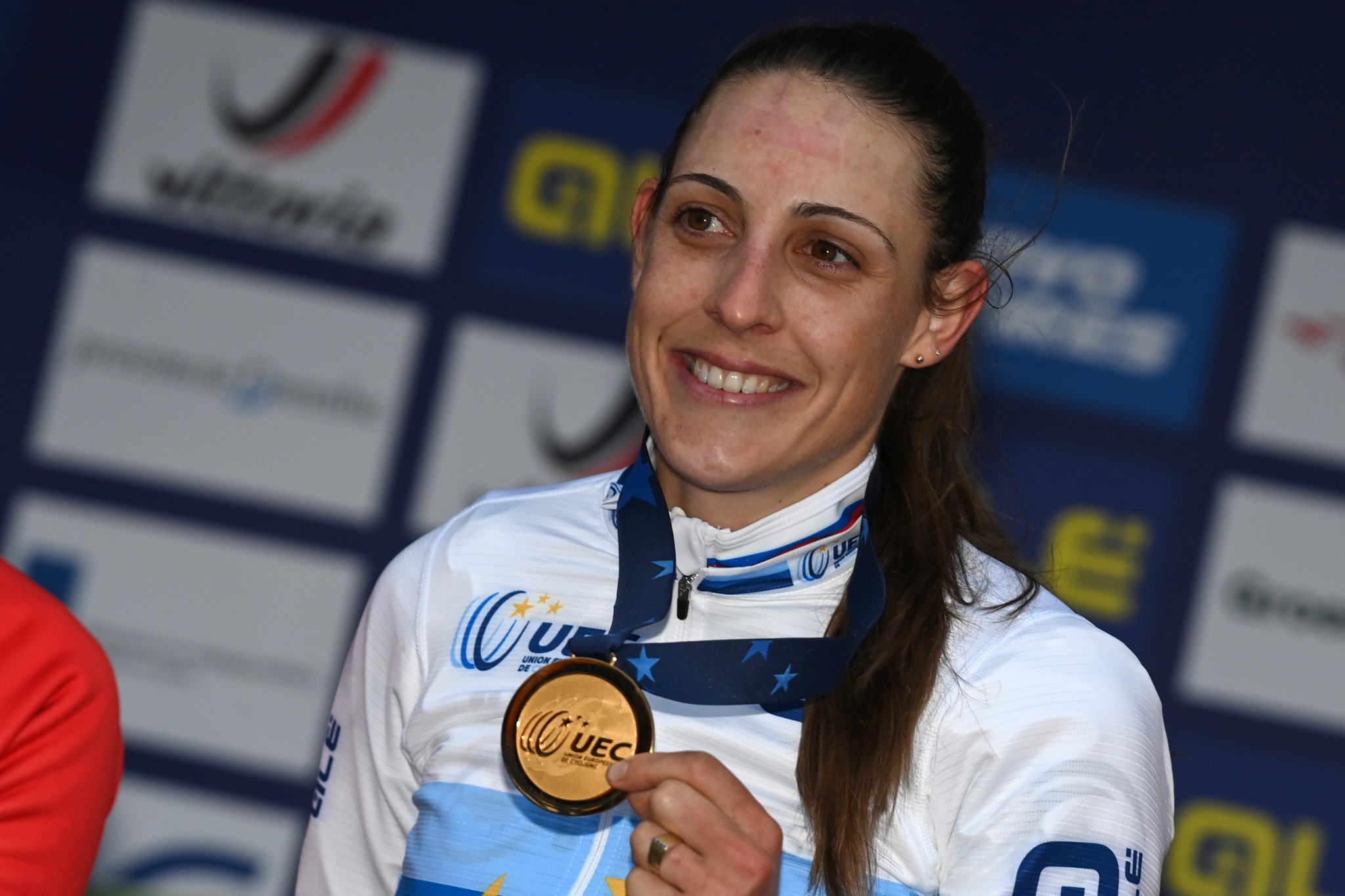 Dutch world champion Lucinda Brand added a gold medal at the European Cycling Union Cyclo-Cross Championships to her list of honours as she triumphed in the women's elite event at Col du Vam in the Drenthe region of The Netherlands.

The race consisted of an initial 200 metres and then seven laps of a 2.698 kilometres course.

After going close with two silver medals at the European Championships in 2016 and 2017, Brand stormed to victory with an impressive run of 48min 22sec.

Her time beat Hungary's Kata Blanka Vas by 56sec, as last year's runner-up at under-23 level at the World and European Championships clinched another silver, this time in the elite competition.

The 2019 European champion Yara Kastelijn added to the Dutch presence on the podium as her time of 49:24 earned third place.

Fellow Dutch rider Annemarie Worst was second in 's-Hertogenbosch in 2020 but had to settle for seventh on home soil this year with 50:56.

In the women's junior race which started the Championships, Britain's Zoe Backstedt stormed to victory by more than a minute, clocking 44:01 to the 45:07 notched by her nearest challenger Leonie Bentveld of The Netherlands.

The host nation secured a second place on the podium courtesy of Nienke Vinke with 45:31.

Vandeputte and Nys both clocked 50:04 to earn silver and bronze respectively, with their compatriots Joran Wyseure a further 7sec back and Emiel Verstrynge fifth as he finished 15sec off the pace.

The under-23 world champion Pim Ronhaar of The Netherlands crossed the finish line in 50:45 as he had to settle for 10th place.

The two-day Championships concludes tomorrow at Col du Vam, starting with the men's junior race and followed by the women's under-23 and men's elite races.