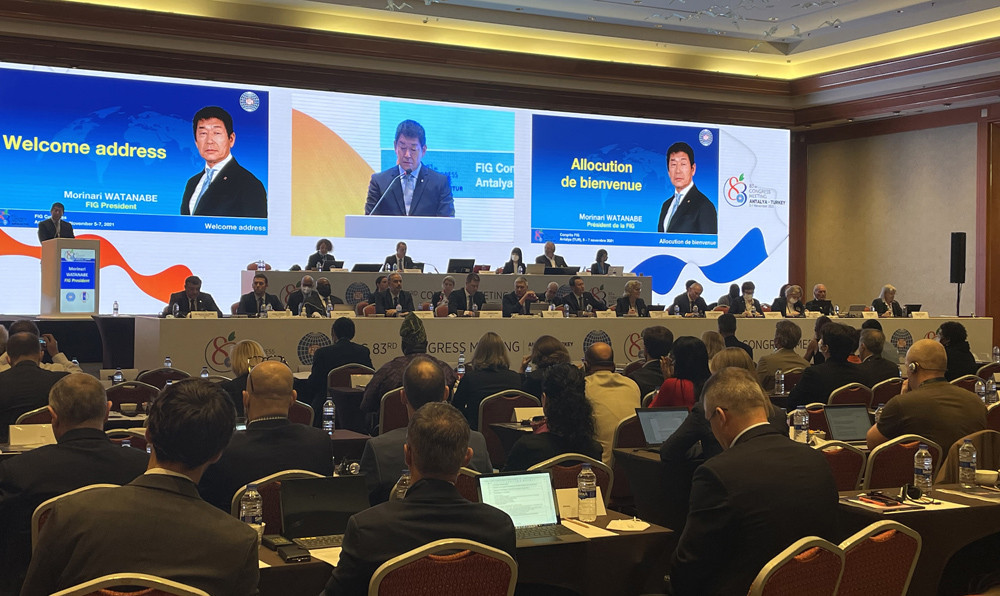 The International Gymnastics Federation (FIG) has approved a motion which will limit elected officials to a three-year for the Paris 2024 Olympic cycle on the opening day of the organisation’s Congress in Antalya.

The FIG Executive Committee had proposed the change, which follows the decision to extend officeholders current mandates by 12 months as a response to the COVID-19 pandemic.

Morinari Watanabe’s term as FIG President was among those extended, with the Japanese official leading the organisation for five years.

Either Watanabe or European Gymnastics President Farid Gayibov of Azerbaijan will serve a three-year term, should they win tomorrow’s Presidential election.

Watanabe addressed the opening of the Congress today, with the official thanking delegations who have travelled amid the challenges posed by the COVID-19 pandemic.

The FIG said 130 countries have made the journey to the Turkish resort for the meeting.

Gymnastics Ethics Foundation President Micheline Calmy-Rey was among the presenters at the Congress.

The foundation was established in 2019, following the sexual abuse scandal that rocked the sport in the United States which saw former USA Gymnastics team doctor Larry Nassar jailed for 175 years for abusing dozens of gymnasts under the guise of medical treatment.

Several nations have launched independent reviews after athletes have come forward with allegations of abuse within the sport.

Numerous athletes have come forward with their stories, shortly after the release of the Netflix documentary Athlete A last year, which examined the Nassar scandal and safeguarding shortcomings in American gymnastics.

Calmy-Rey said the Gymnastics Ethics Foundation has dealt with more than 80 cases since coming into operation, with 45 currently open.

"The large majority of cases fall under the Foundation’s safeguarding section, which includes reporting and investigations," Calmy-Rey said.

"We strongly believe in using every reported case to strengthen national safeguarding systems where necessary.

"We are paying close attention to national efforts to improve safeguarding processes and encourage all of you as key stakeholders to carefully review your Federations’ state of compliance with FIG policies and procedures."

The Gymnastics Ethics Foundation has released a video to highlight the organisation’s work, focusing on characteristics of a safe sporting environment as well as the nature of abuse and harassment.

The clip calls for zero tolerance for any abusive or negligent behaviour and outlines the foundation’s confidential reporting mechanism.

The foundation says the video stresses the message: "Don’t wait to report an incident!"

The opening day of the Congress also saw the approval of financial accounts from 2018, 2019 and 2020, with the FIG saying the quadrennial cycle "substantially exceeded the amount initially expected".

Sponsorship income, delayed events and the impact of the COVID-19 pandemic were cited as being contributing factors.

The FIG added the governing body is projecting a net loss at the end of the 2021 to 2024 cycle.