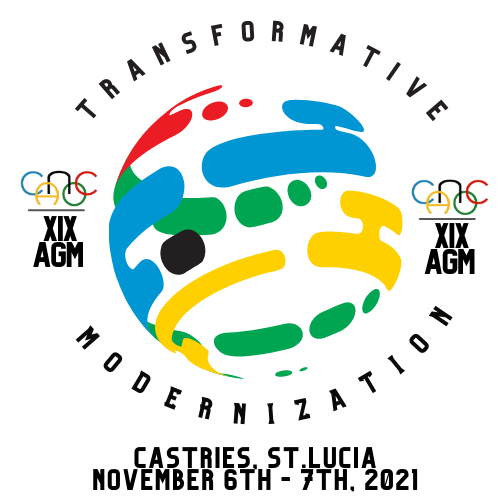 Saint Lucia is set to host the Caribbean Association of National Olympic Committees (CANOC) with the event taking place in a hybrid format for the first time.

A two-day General Assembly is planned with delegates participating in-person and online.

CANOC has also arranged a workshop as part of the event, focusing on clean sport advocacy.

Participants attending the event in-person have travelled to Castries in the Saint Lucian capital for the meeting.

The General Assembly has been given the theme “Transformative Modernisation”.

A total of 26 National Olympic Committees, Commonwealth Games Associations and national sporting organisations in the Caribbean region are expected to take part.

The General Assembly will be opened by CANOC secretary general Keith Joseph, with Saint Lucia President Fortuna Belrose then delivering a welcome message.

CANOC President Brian Lewis will present his message to the organisation’s members.

An update on the first edition of the Caribbean Games is likely.

The inaugural Games was initially scheduled to take place from June 30 to July 4 this year.

The rescheduling of the Tokyo 2020 Olympic and Paralympic Games led to changes in the sporting calendar, including the postponement of the Caribbean Games in Guade­loupe.

The Games is now scheduled to take place in 2022.

The Games will feature under-23 athletes from nations in the region.

Preparations for the 24th edition of the Central American and Caribbean Games will likely be discussed, with the event scheduled for May 2023.

Netball has been included in the Games for the first time, following a successful campaign led by CANOC secretary general Joseph.

Panama had initially been due to host the Games, but withdrew last July.

El Salvador was then awarded hosting rights by the Centro Caribe Sports.

A discussion over FIFA’s proposal to host the FIFA World Cup every two years may also be an area of discussion at the General Assembly.