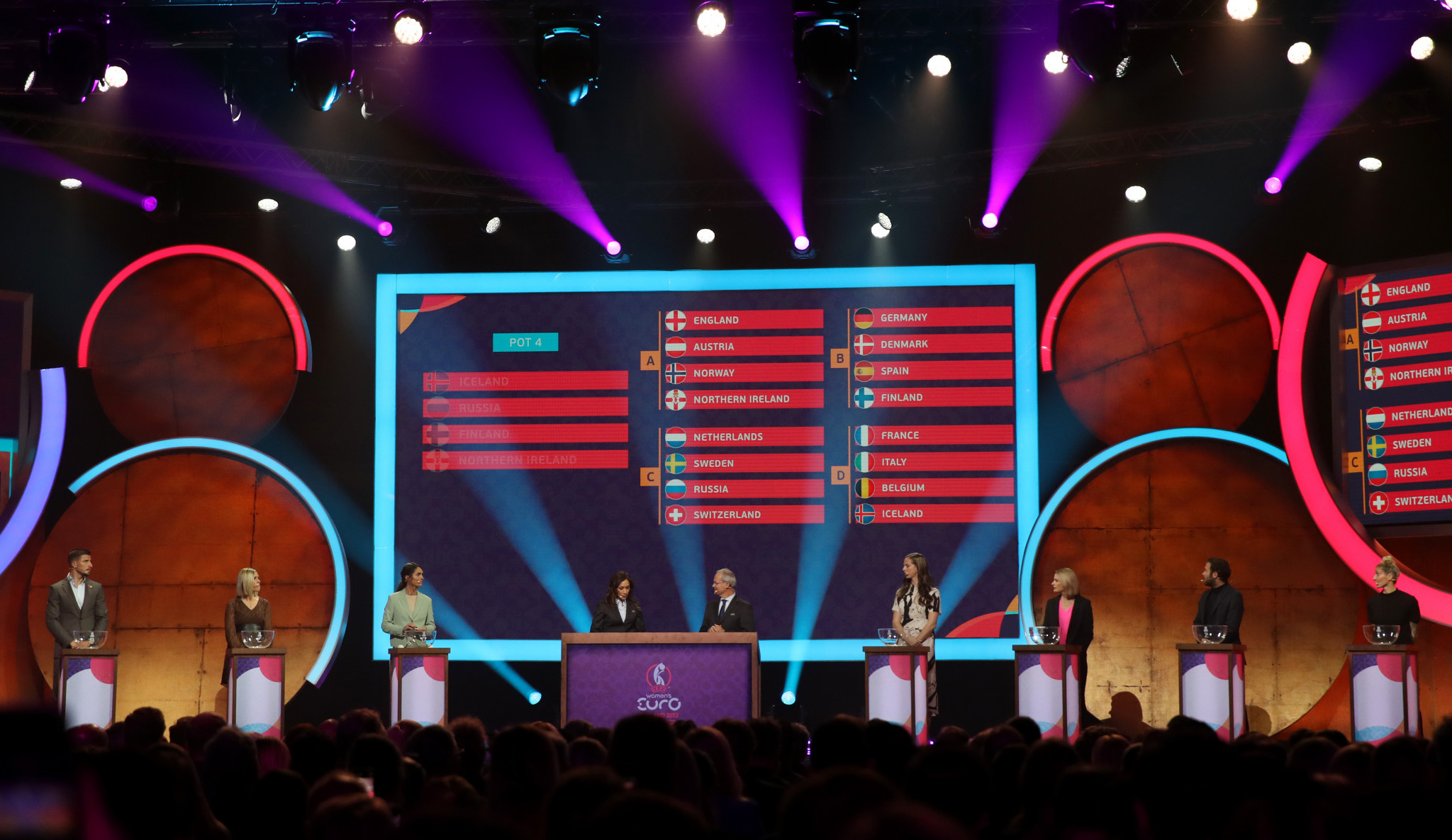 Hosts England will kick-off next year's UEFA Women's European Championship against Austria at Old Trafford on July 6, following the draw in Greater Manchester.

England have twice reached the final of the Women's Euro, most recently in 2009, and were beaten in the semi-finals by the hosts and eventual winners The Netherlands in 2017.

Sarina Wiegman's team are ranked eighth in the world by FIFA - one of four European nations in the top 10.

Their first opponents in Group A, Austria, came from pot three in the draw and are ranked 21st in the world.

However, they also reached the semi-finals the last time the competition was held in 2017.

England against Austria will be the curtain-raiser for the Women's Euro 2022.

It will be staged at Old Trafford, the home of Manchester United and the second-biggest football stadium in England.

Two-time winners and runners-up in 2013 Norway are joined by Northern Ireland, the only debutants on this stage, in Group A.

Group C has a strong look to it as it features defending champions and 2019 FIFA World Cup runners-up The Netherlands alongside World Cup bronze and Tokyo 2020 Olympic silver medallists Sweden.

Sweden are second in the FIFA rankings and the Dutch fourth, and the two heavyweights meet in their first match at Bramall Lane in Sheffield on July 9 in what looks a major highlight from the group stage.

The pair also met in the semi-finals of the 2019 World Cup, with the Dutch claiming a 1-0 victory after extra-time.

Switzerland and Russia complete the Group, with both looking to advance to the knockout stages for the first time.

Germany had their run of six consecutive European titles ended in 2017 after a quarter-final defeat to Denmark, and they will face their foes from last time out in Group B.

Including a victory as West Germany in 1989, the Germans have won the Women's Euro a record eight times, and are third in the FIFA Women's World Rankings.

The Danes finished as runners-up to The Netherlands in 2017 but failed to qualify for the World Cup two years later.

They will meet Germany in their tournament opener at Stadium MK in Milton Keynes on July 8.

Group B also features a well-fancied Spanish team, which includes European Player of the Year Alexia Putellas and a host of other stars from the all-conquering Barcelona team.

They open their campaign at the Brentford Community Stadium on July 8 against Finland, who are returning to the competition having failed to qualify in 2017.

Group D features France, who are ranked fifth in the world but have fallen at the quarter-final stage at the last three European Championships.

Italy are their first opponents at the New York Stadium in Rotherham, with Belgium and Iceland completing the four-team Group.

The top two teams from each group will advance to the quarter-finals, where a group winner will face a group runner-up.

Wembley Stadium, which hosted the men's Euro 2020 final this summer, is set to host the tournament decider on July 31 2022.

It has been criticised as insufficient by several notable figures, including England's Chelsea manager Emma Hayes and Norway's 2018 Ballon d'Or winner Ada Hegerberg.