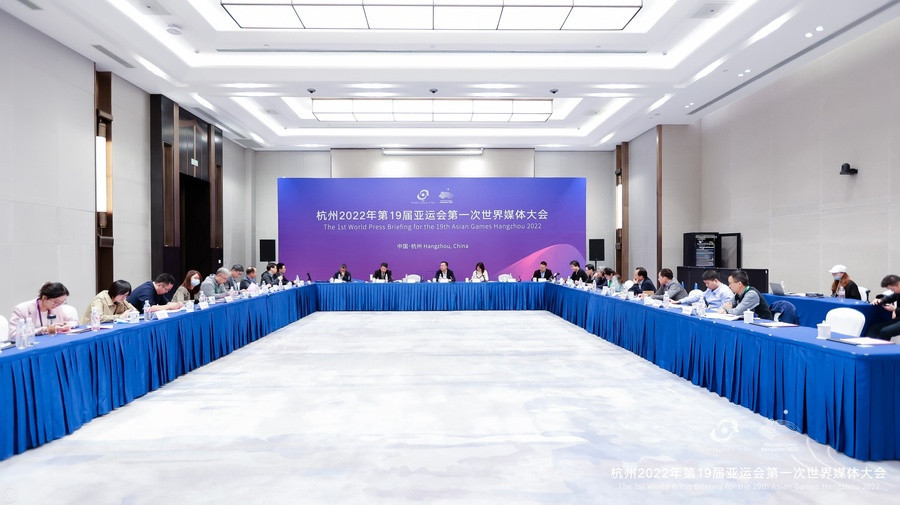 Speaking at a first World Press Briefing for the next Asian Games, Chen claimed the two-day briefing had laid the foundations for robust media services and operations in coordination with the Olympic Council of Asia (OCA).

"The World Press Briefing is a milestone event in the preparations of the 19th Asian Games Hangzhou 2022; it is an important platform for Hangzhou to strengthen exchanges with the media to enhance the media services ability of Hangzhou 2022," said Chen, also the Vice-Mayor of Hangzhou.

The briefing was held in a hybrid format, with Chinese media attending in-person and members of the international media participating online.

Organisers made presentations on 13 functional areas, including media operations, the sports programme and venue construction.

A second World Press Briefing is scheduled to take place in May and June next year, shortly prior to the 19th edition of the Asian Games from September 10 to 25.

Hangzhou will be the third Chinese city to host the Asian Games, after Beijing in 1990 and Guangzhou in 2010.

Organisers insist preparations remain on track and have not been delayed by the coronavirus pandemic.