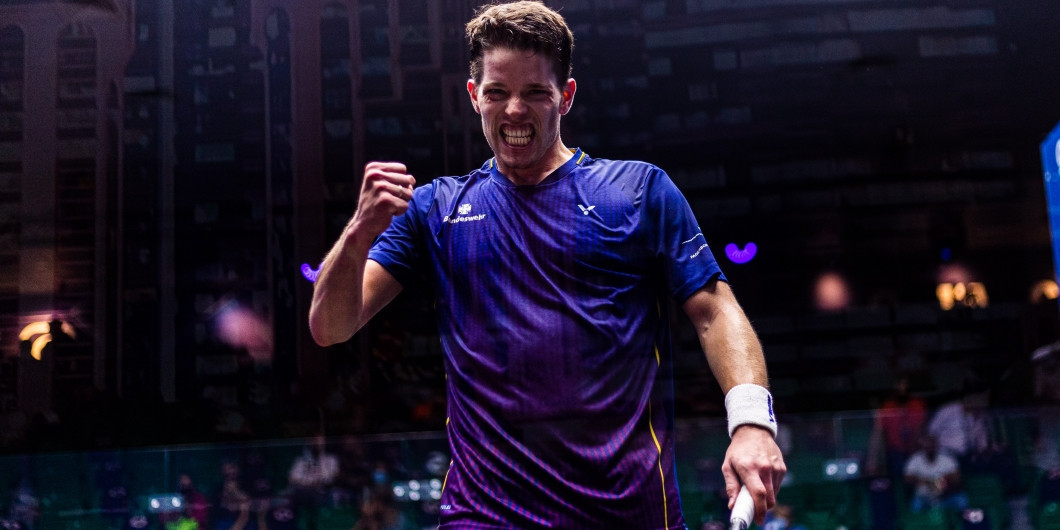 There was another upset at the Qatar Classic as fourth seed and world number five Marwan ElShorbagy of Egypt lost his third round tie to Germany's Raphael Kandra.

ElShorbagy's brother, the top seed Mohamed, was beaten by his compatriot Youssef Ibrahim in yesterday's second round action.

As the third round got underway at Doha's Khalifa International Tennis and Squash Complex today, it was Kandra who booked his place in a first quarter-final of a Professional Squash Association World Tour Platinum event since 2008 by coming from behind to beat Marwan ElShorbagy.

The Egyptian had won the last four meetings between him and the world number 22, and led 1-0 and 2-1 to put himself within a game of progressing.

ElShorbagy took the first game 14-12, and although Kandra hit back 11-3 in the second, another victory on a tiebreak - this time 12-10 - had the favourite on course for victory.

However, his opponent was in inspired form and ElShorbagy became increasingly frustrated with the referee as Kandra triumphed 11-5 and 11-7 in the final two games to set up a quarter-final against sixth seed Diego Elias.

"I feel a little shaky because we’ve had so many matches like this when I’ve been leading, he’s been leading, and it’s always quick-fire squash against him," Kandra admitted afterwards.

"You don’t get any time to relax.

" I think I need to settle a little bit to realise I am in the quarter-finals of the Qatar Classic, it means a lot to me.

"I’ve been working for such a long time on the steps to make not only the last 16, to make the last eight, which is a big difference."

The Peruvian world number eight Elias awaits in the last eight, after he overcame France's Grégoire Marche in another match that went the full five games.

The world number 12 Marche put himself in cruise control by taking the first two games 11-5 and 11-8.

The eighth seed Joel Makin of Wales enjoyed the most comfortable day of the eight players in action as he recorded a straight games win against England's Patrick Rooney in 38 minutes.

After his sensational victory against ElShorbagy yesterday, Ibrahim's run came to an end as fellow Egyptian and world number 13 Mazen Hesham set up a quarter-final against Makin.

However, a strong finish from Hesham saw him take the final two games 11-6 and 11-8.

The remaining four third round matches are scheduled to take place tomorrow.

Mostafa Asal, seeded seventh, plays Youssef Soliman in an all-Egyptian clash, while Adrian Waller of England is up against another Egyptian player in Mohamed Abouelghar.