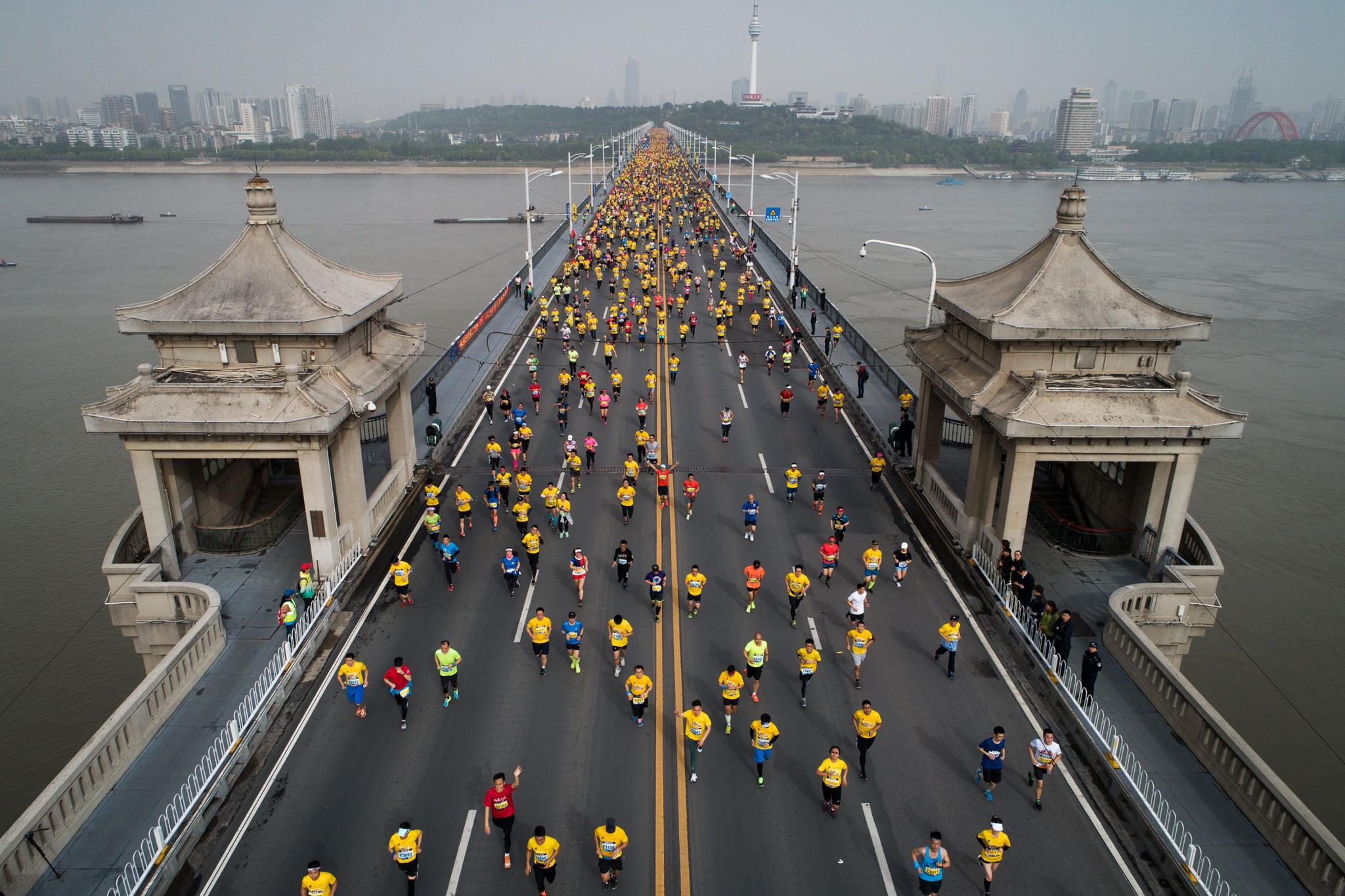 The Wuhan Marathon is set to return next weekend in China, featuring 10,000 runners in the 42.195-kilometre event and approximately 26,000 across the three races overall.

The first case of COVID-19 was discovered in the Hubei province capital in December 2019, and the city was the first worldwide to enter a strict lockdown.

As reported by Francs Jeux, 200 places have been reserved for health workers in Wuhan as the event makes its comeback on Sunday October 24, with races over the marathon, half marathon and 13km distance taking place.

Runners will need to prove that they have not visited a high-risk area or overseas territory for 21 days prior to the event and present a "health pass," which may include proof of vaccination or a negative COVID-19 test from within seven days before the race.

The marathon is set to begin at the Science and Technology Museum on the Yangtze River and finish at the Happy Valley amusement park.

A virtual marathon is also set to be held for athletes unable to travel to Wuhan.

The last time the Wuhan Marathon was held in 2019, Kenya's Andrew Ben Kimtai won the men's race in 2 hours 10min 6sec and Ethiopia's Fantu Eticha Jimma the women's in 2:28:25.

Since the beginning of the pandemic, China has recorded just over 125,000 cases and 5,695 deaths.

The country has imposed severe restrictions, including on international travel as part of a so-called zero-COVID policy.

Several high-profile international events in China were cancelled, including the World Championships in rowing and taekwondo.

However, the National Games of China were staged in Shaanxi province next month, while test events for the Beijing 2022 Winter Olympic and Paralympic Games are now underway, featuring some international competitors.

The Beijing Marathon is set to return in China's capital on October 31, the following Sunday after the Wuhan Marathon.

The mass participation event in Beijing is only open to permanent residents of the Chinese capital, while invited domestic athletes to the elite competition will be required to enter the "closed-loop management system."

Beijing 2022 is set to permit only domestic spectators to attend events and those not fully vaccinated face having to serve a 21-day quarantine period upon arrival before entering the closed-loop management system.

A first edition of the "playbooks" outlining COVID-19 countermeasures is due to be released at the end of October.