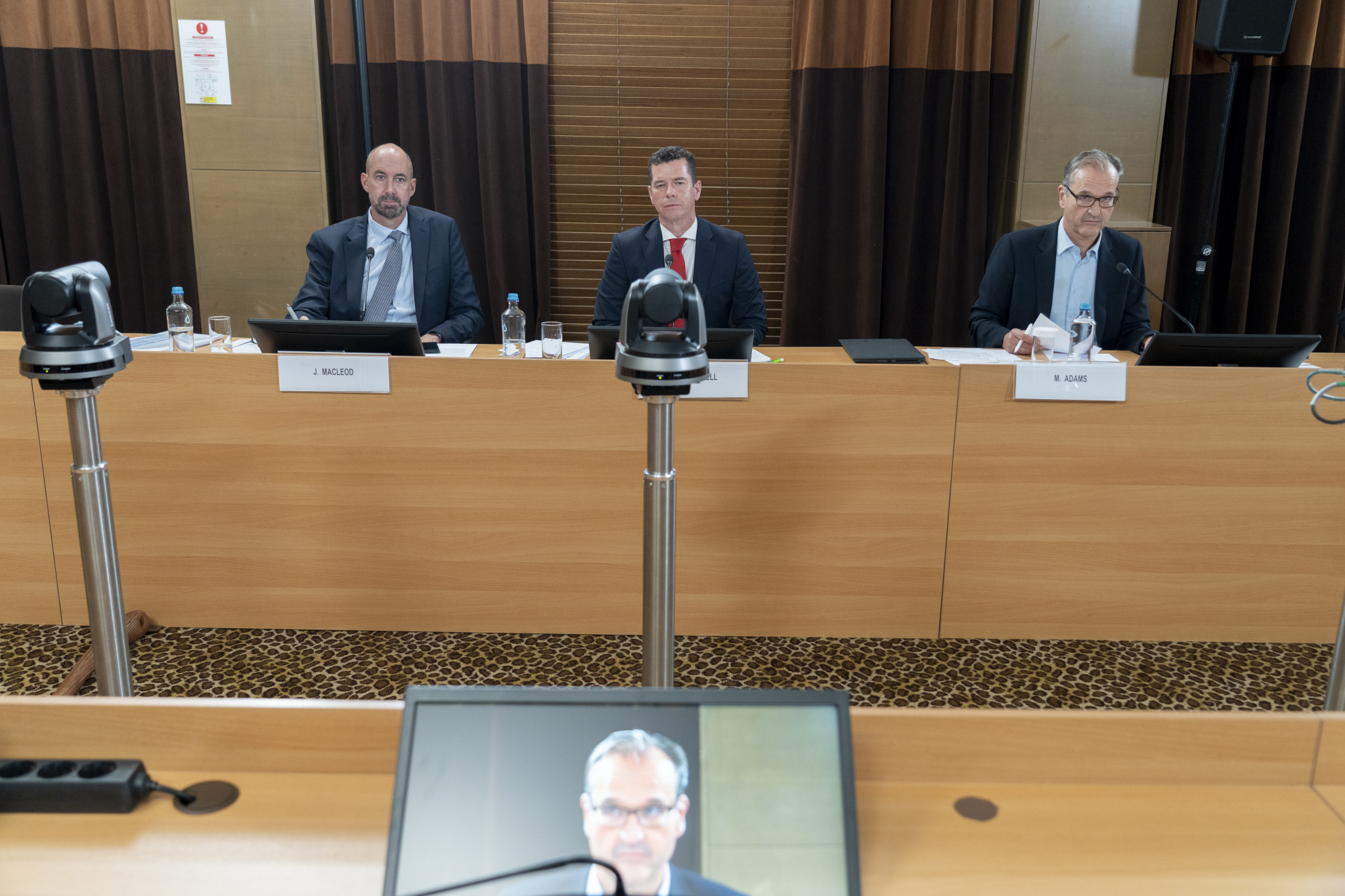 The International Olympic Committee (IOC) claims to have received "unanimously positive" feedback from athletes at Beijing 2022 test events where COVID-19 countermeasures used at next year’s Winter Olympics are being put in place.

According to the IOC, more than 750 athletes, coaches and team officials from 35 countries are attending bobsleigh, luge and skeleton events in the space of the month as organisers put its venues and anti-virus measures to the test.

Since October 7, a series of competitions have started to take place at the new National Sliding Center In Yanqing and are expected to run until the start of next month, culminating with the opening leg of the Luge World Cup season on November 20 and 21.

International training weeks for bobsleigh and skeleton are also due to be held within that period at the venue, which are expected to feature more than 400 participants including over 250 athletes from 24 countries.

With the Beijing 2022 Winter Olympics set to open in 110 days’ time, IOC sports director Kit McConnell said the series of events was a "major period of the final operational testing" for the Games and provided a "very valuable test of the organisational integration and operations".

"There is obviously a very strong COVID testing programme in place as there will be around the Games themselves as you know from the key principles of the playbooks," said McConnell following an IOC Executive Board meeting in Athens.

"It is really pleasing to see the feedback we have had from the international athletes.

"A lot of these athletes are Olympians.

"Many of them are competing on the international circuit and the feedback we have had is unanimously positive regarding the sliding centre but also the organisation around the Games and the excitement as they build up to participating in Beijing 2022."

This was followed by the Asian Open Figure Skating Trophy held at the Capital Indoor Stadium this weekend.

There are also plans to stage curling events later this month before the test events come a close with skiing competitions due in November and December.

"The venues they are experiencing in Beijing are absolutely outstanding," said McConnell.

"There is a lot of excitement from them, not only regarding the participation at these events but looking forward to their participation in Beijing in just a few months.

"It is great to see their feedback both on the technical side and their personal excitement."

The first edition of the "playbooks" which outline the coronavirus countermeasures for Beijing 2022 is due to be published towards the end of October.

As part of organisers’ plans to combat COVID-19, all Games-related personnel will be required to be tested daily to enter a closed-loop management system.

It was also announced that unvaccinated athletes will face a 21-day quarantine period upon arrival while overseas spectators have been banned with only domestic fans permitted to attend the venues.

The United States Olympic and Paralympic Committee has announced that it will be making COVID-19 vaccination mandatory for the Games.

Asked why Beijing 2022 organisers had not taken the same approach, IOC spokesperson Mark Adams said it was taking "medical advice from all the leading organisations on this topic".

"Clearly the World Health Organization is the leading organisation, which is advising us on this, so we will listen to everyone as we have done before," said Adams.

"We are in the process of preparing the first edition of the playbooks for the end of October and I think you will see then that we have got very comprehensive plans for keeping the Games safe and secure.

"As long as we continue to take medical and scientific advice from the highest authorities we are in a very good place."

The build-up to Beijing 2022 has been dominated by human rights concerns, with the IOC having been criticised for a failure to address the issues.

The Winter Olympics are due to take place from February 4 to 20 next year.