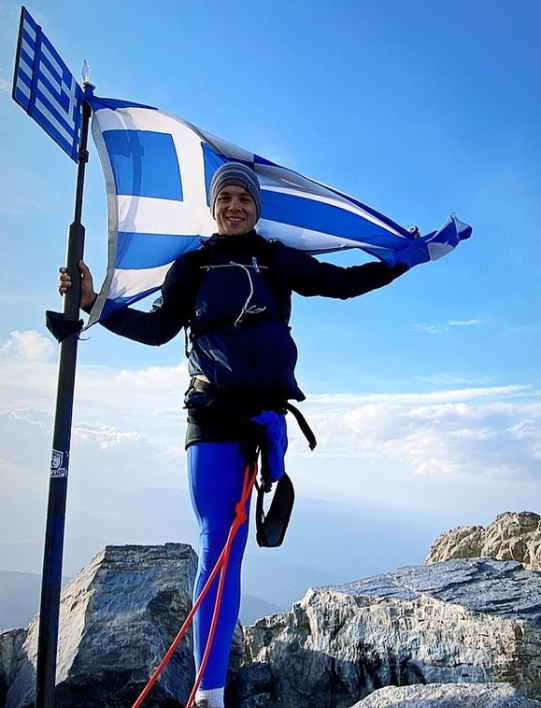 Nikos Papangelis has become the first amputee to climb Mount Olympus after completing a two-day expedition.

The 23-year-old, alongside a support group, climbed for eight hours on the first day of the expedition before reaching the summit after six hours of climbing on the second day.

"AT THE TOP OF OLYMPUS," Papangelis, who can now claim to be the first amputee to reach the summit, wrote on social media.

"We achieved something that most people considered impossible or impossible, even me!

"I became the first Man with a foot amputation in Greece who manages to step on the top of Olympus!

"It was a dream and a goal I had for a long time."

Papangelis had to have his lower leg amputated when he was 14 as he suffered from osteosarcoma, a form of cancer.

"It is difficult for me to describe in words the feelings and images that I experienced during these two days on Mount Olympus with the whole team," said Papangelis.

"Throughout the journey I thought I would not make it!

"The difficult ascents, the steep paths, and the strange weather conditions made me believe it more and more!"

Papangelis began cycling after his amputation in 2014 and became a member of the Greek national cycling team in road and track disciplines.

Papangelis finished sixth at the 2019 World Track Championships in The Netherlands in the C2 scratch race and then sixth again at the 2020 edition in Canada.