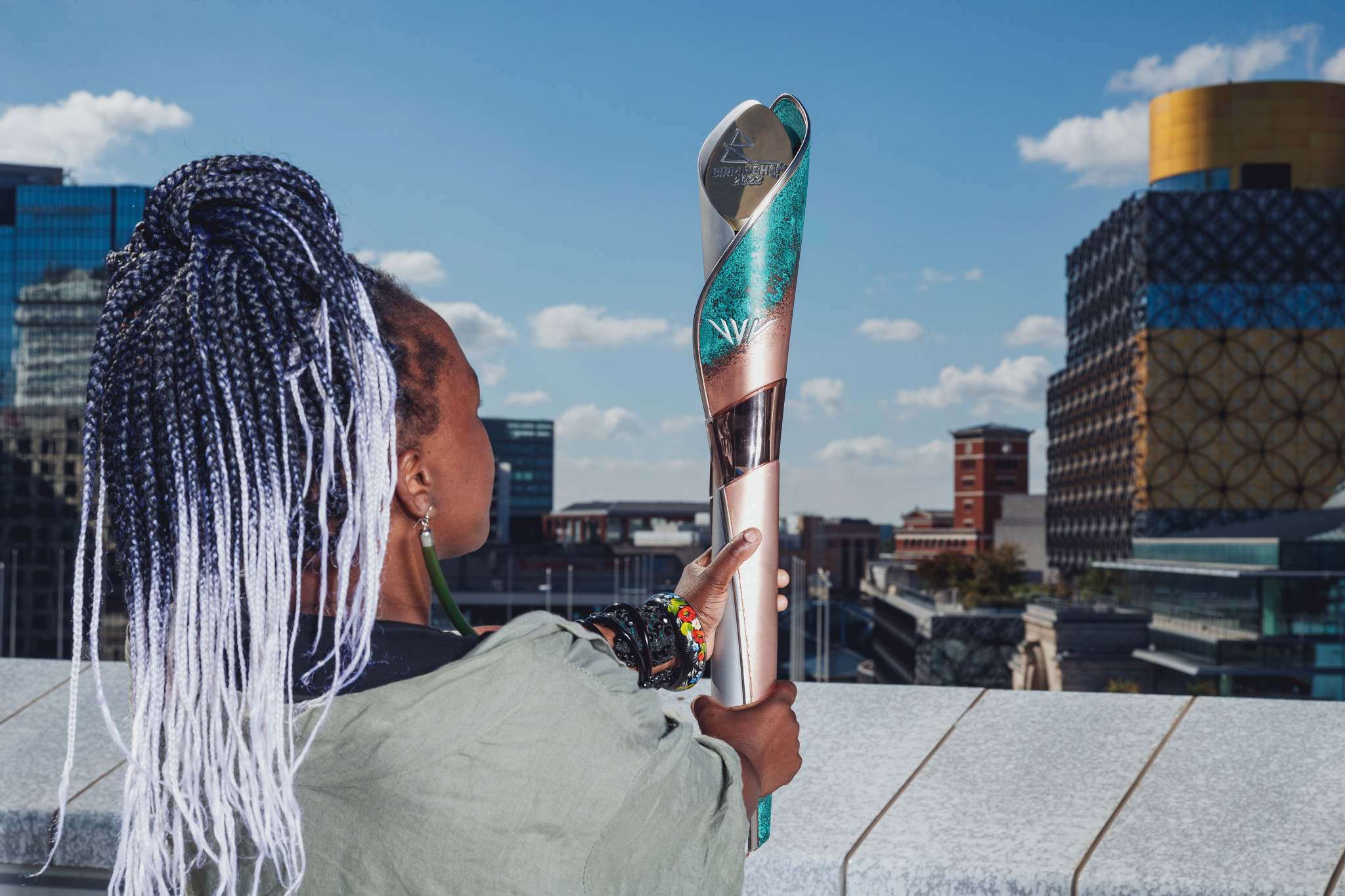 The design of the Baton which will carry the Queen’s Message to athletes ahead of the 2022 Commonwealth Games has been revealed.

It is the work of Zimbabwe-born, Coventry-based artist Laura Nyahuye, chief executive of Maokwo, a not-for-profit company which promotes minorities through art.

It has been made in conjunction with Raymont-Osman Product Design, a design and engineering company, and development specialists Kajul, both based in Warwickshire.

"My prayer is the Baton creates a rhythmic heartbeat of peace, love, and a hunger to connect beyond our skin tones and ethnicities," Nyahuye said.

Nyahuye described working on the design as "an intense yet enlightening process."

The Baton has been deliberately cast in non-precious metals - copper, aluminium and brass - to represent the gold, silver and bronze medals at the Games themselves.

It was made in Birmingham’s Jewellery Quarter, using the traditional method of lost-wax casting.

This provides a link with the very first silver- gilt Queen’s Baton, which was also manufactured by a company in the Jewellery Quarter before the 1958 Cardiff Games.

It is scheduled to visit all 72 Commonwealth Games nations and territories in a 294-day journey which culminates in Birmingham.

Commonwealth Games Federation President Dame Louise Martin is set to join the Queen at Buckingham Palace for the grand start next Thursday (October 7).

"The Queen’s Baton Relay is one of the most special aspects of the Commonwealth Games as it so vividly symbolises the friendship, respect and unity across our 72 nations and territories," Dame Louise said.

"I know that communities across the Commonwealth will be so excited to see the Baton as it passes through their own villages, towns and cities."

A platinum strand spans the length of the Baton in recognition of the Queen’s platinum jubilee year, which marks the 70th anniversary of her accession in 1952.

This also celebrates her role as Head of the Commonwealth.

Since 2002, the Batons have been developed to include technological features.

This changes each time the Baton is exchanged by two people.

Organisers say this celebrates "collaboration and the sharing of wisdom between young and old.

"In a time where human contact has been limited, the Baton addresses how connections matter more than ever."

The copper used will change in appearance, developing what is being described as a "mesmerising patina" - a blue-green film which forms on the material after exposure to air.

The Baton reflects sustainability and the strength and fortitude of women within Commonwealth communities, according to Birmingham 2022.

It also has what are being described as "lungs", consisting of atmospheric sensors with laser technology which analyse environmental conditions wherever it is in the world.

Augmented reality will be used to creatively visualise the data captured throughout the journey to promote awareness of air quality across the Commonwealth, and the data collected will be sent to the University of Birmingham for analysis by a team led by professor Francis Pope, an atmospheric scientist.

The Baton will begin its international journey from Birmingham Airport.

Cyprus is first of the 72 destinations, where it is planned that the Baton will spend two days, followed by Malta.

From there it heads to the African continent where it will visit all 19 countries and also travel to St Helena.

This will be a particularly significant moment.

In 2018 the runners from St Helena were only able to carry it in the Gold Coast because their airstrip had not yet been completed.

The schedule then moves to Asia with a New Year stopover in the Maldives.

The stay in Oceania will coincide with Commonwealth Day, when the Baton will be in New Zealand, followed by a visit to Australia.

The planned itinerary takes it to the Caribbean, to Canada and then across to Gibraltar. It will also be taken to the Falklands Islands, which is celebrating 40 years of Games participation, before returning to the Channel Islands and the British Isles.

The last 25 days are set to be in England itself before the opening ceremony on July 28.