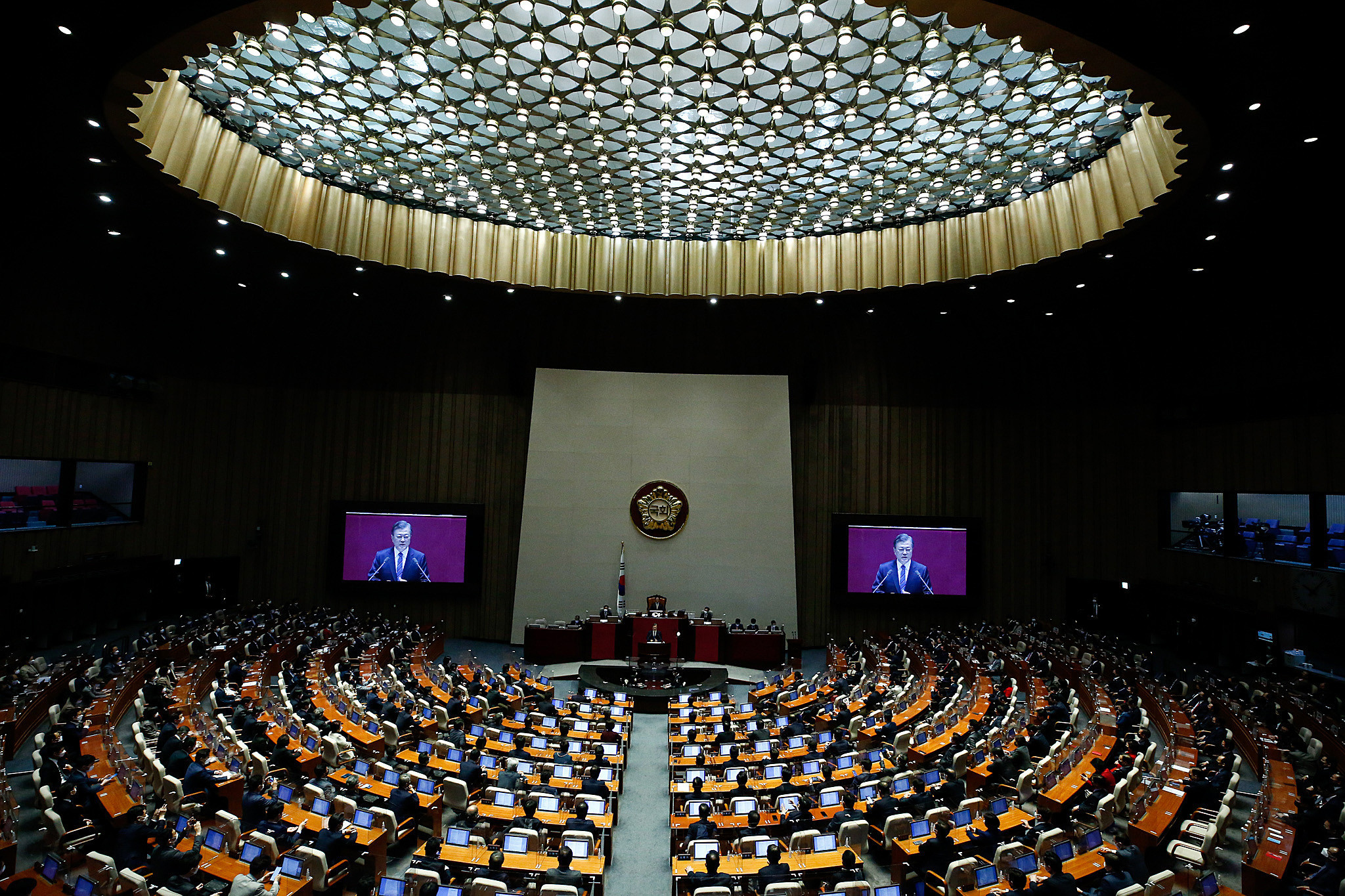 As per the South Korean news agency Yonhap, Lim - a former Olympic and ruling Democratic Party politician - initiated the proposal at the start of this month, with 126 representatives providing their consent for its submission.

Gangwon Governor Choi Moon-soon has advocated co-hosting the Winter Youth Olympics since the bid was launched, and the province sent a letter to Pyongyang in August 2020 offering the opportunity to co-host the Games.

The Masikryong Ski Resort near Wonsan in North Korea has been cited as a potential host for skiing events at Gangwon 2024.

However, hopes of co-hosting the Youth Olympics Games - which were already very slim - have been dealt a blow by the suspension of the Olympic Committee of the Democratic People’s Republic of Korea (PRK NOC) by the International Olympic Committee.

The proposal's call for Gangwon 2024 to be used to further improve inter-Korean relations and promote is a more realistic aim.

North Korea was the only National Olympic Committee (NOC) not represented at Tokyo 2020, with the PRK NOC announcing in April it had withdrawn its team due to concerns over the COVID-19 pandemic.

IOC President Thomas Bach said these actions breached the Olympic Charter, with the suspension lasting until the end of 2022.

Bach added that the Executive Board "reserves the right to reconsider the duration of the suspension at its discretion," and North Korean athletes could still feature at the Beijing 2022 Winter Olympic Games under the Olympic Flag rather than as PRK NOC representatives.

South Korea hosted the 2018 Winter Olympic Games in Pyeongchang, a county in the Gangwon-do province.

The two Korean teams entered the Opening Ceremony under a Korean Unification Flag, and a unified team played in the women's ice hockey tournament.

Several preliminary discussions were held over jointly holding the Winter Olympics, but these were mainly at local rather than national level.

A high-level delegation from North Korea visited Pyeongchang, which paved he way for the first of three inter-Korean summits between South Korean President Moon Jae-in and North Korean leader Kim Jong-un in April 2018, although relations have worsened since then.

Gangwon 2024 will be the fourth edition of the Winter Youth Olympic Games and the first held in Asia.

It was awarded hosting rights at the IOC Session in Lausanne in January 2020.

Several venues used at Pyeongchang 2018 are set to be used, with provisional dates for the Games being January 19 to February 2.

Gangwon 2024 is set to be the next edition of the Winter Youth Olympics following the postponement of Dakar's Summer Games from 2022 to 2026.