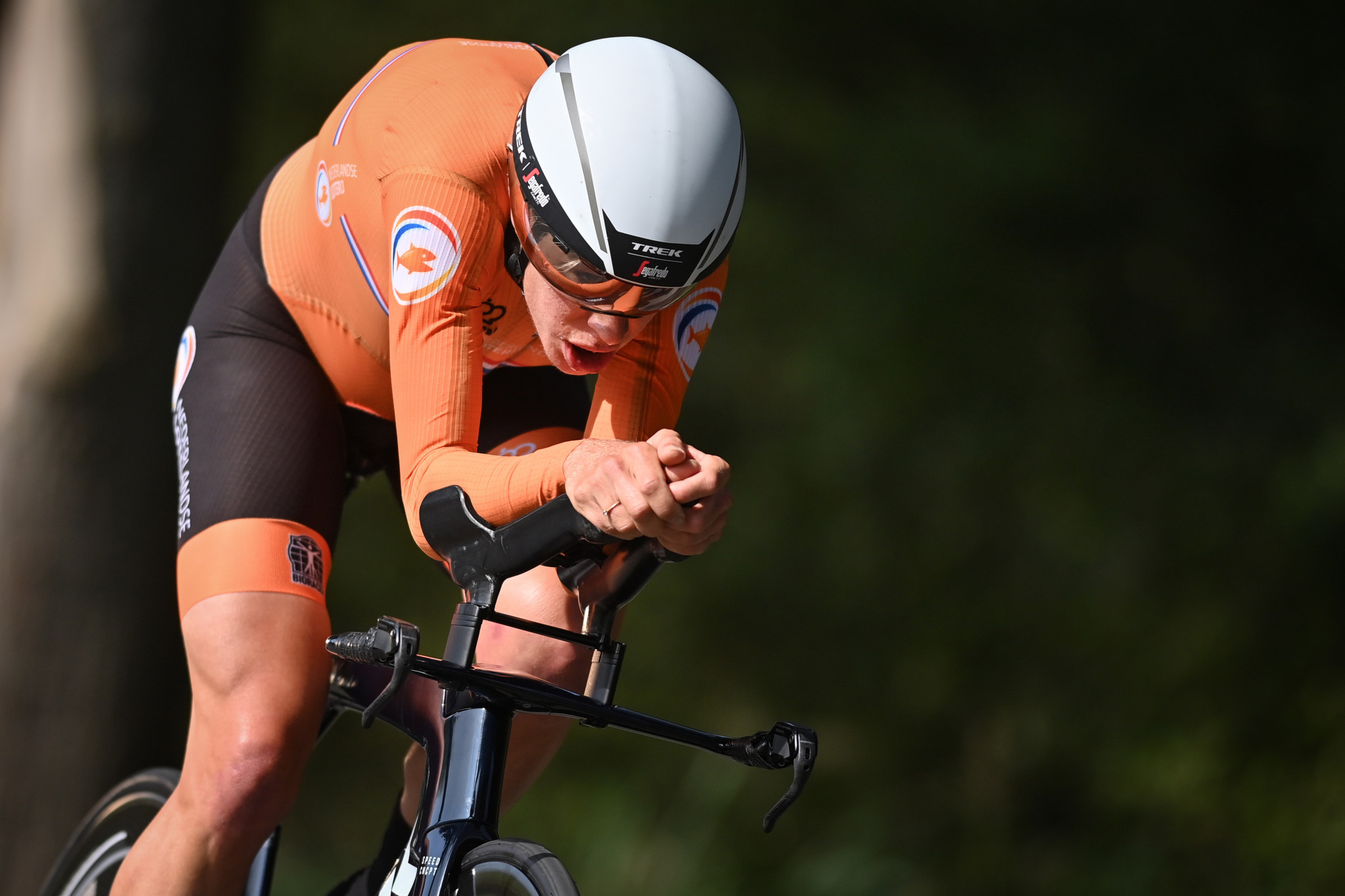 The Dutch rider triumphed in the event in 2013, before winning silver at Doha in 2016 and bronze at Innsbruck in 2018.

Van Dijk was considered among the main contenders for the title after winning the European Championship road race title in Trentino earlier this month, as well as time trial silver.

The 34-year-old thrived on the flat 30.3-kilometre course starting in Knokke-Heist and finishing in Bruges.

Van Dijk posted the fastest times at the first two intermediate time checks, before crossing the finish in 36min 5sec.

Switzerland’s Marlen Reusser, who beat van Dijk to the European title, threatened to push the Dutch star into the silver medal position again.

Reusser had dipped under her rival’s time in the opening two checks, but faded in the closing stages, crossing the line 10 seconds adrift of van Dijk, leaving her settling for silver.

Annemiek van Vleuten rounded off the medal positions after ending 24 seconds down on the winner’s time, with the flat route less suited to the Olympic champion.

The Dutch rider ended comfortably on the podium, with a one-minute gap separating her and fourth place finisher Amber Leone Neben of the United States.

Newly crowned European champion Johan Price-Pejtersen triumphed in the men’s under-23 event, which was held on the same 30.3km course.

Price-Pejtersen continued Danish domination of the event on its return, after the COVID-19 pandemic led to only elite races taking place in 2020.

Price-Pejtersen finished 10 seconds clear of Australia’s Lucas Plapp, who finished as the runner-up.

Both the men’s and women’s junior races will be held tomorrow, followed by the mixed team relay on Wednesday (September 22).