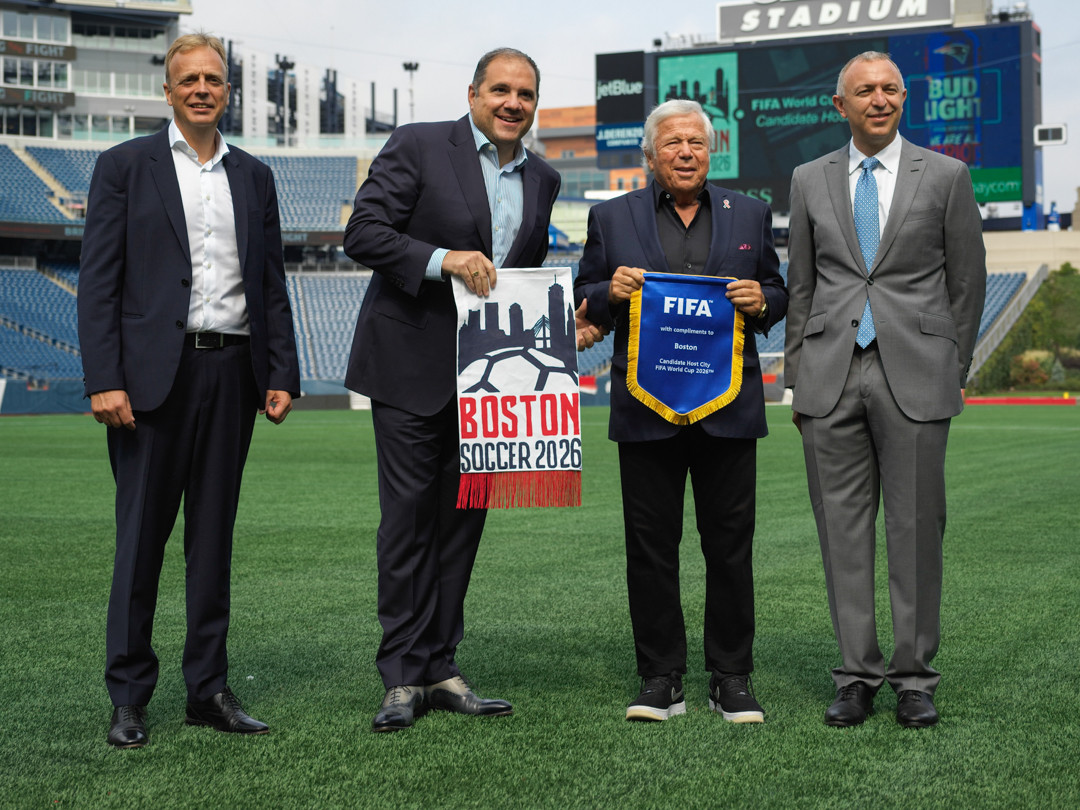 A series of FIFA visits to American cities wishing to stage matches during the 2026 World Cup is underway.

The United States, Mexico and Canada are co-hosting the next-but-one men's World Cup, but venues have not yet been selected and the process of doing so was delayed by the coronavirus crisis.

There are 17 American candidate cities in total, and it is expected that 11 will get the nod for the 2026 World Cup - the first due to feature 48 teams.

Kraft was honorary chairman of the victorious United Bid Committee.

"We look forward to hosting, hopefully, six games here and the quarter-finals like we did back in '94 when we had Italy versus Spain," Kraft said, per the Boston Globe.

The adjacent Foxboro Stadium, which is now demolished, was used when the US staged the 1994 FIFA World Cup.

Only two of the proposed venues in the US are not home to NFL teams - Orlando's Camping World Stadium and the Rose Bowl in Pasadena, near Los Angeles.

Both regularly host college football games and were used for the 1994 FIFA World Cup.

None of the other potential venues were used in 1994, with most built since.

The Rose Bowl - a 2028 Olympic and Paralympic Games venue - could host the final or the tournament's opening match, if successful.

The Los Angeles 1984 Olympics were held before women's football joined the sport programme.

MetLife Stadium in New Jersey, which is home to both of New York's NFL teams, is another venue in contention to host the final and will be visited on September 21.

The remaining US bidding cities and proposed locations in Canada and Mexico will be visited later in the year, FIFA said.

Seattle, Los Angeles, the San Francisco Bay Area, Denver, Kansas City, Cincinnati, Dallas and Houston are the eight American candidates not being inspected on this trip.

Edmonton and Toronto in Canada and Monterrey, Mexico City and Guadalajara in Mexico are also in the running, and all expected to stage games, with it anticipated there will be three Mexican venues used and two in Canada.

The final list of hosts is expected to be decided in the first half of 2022.