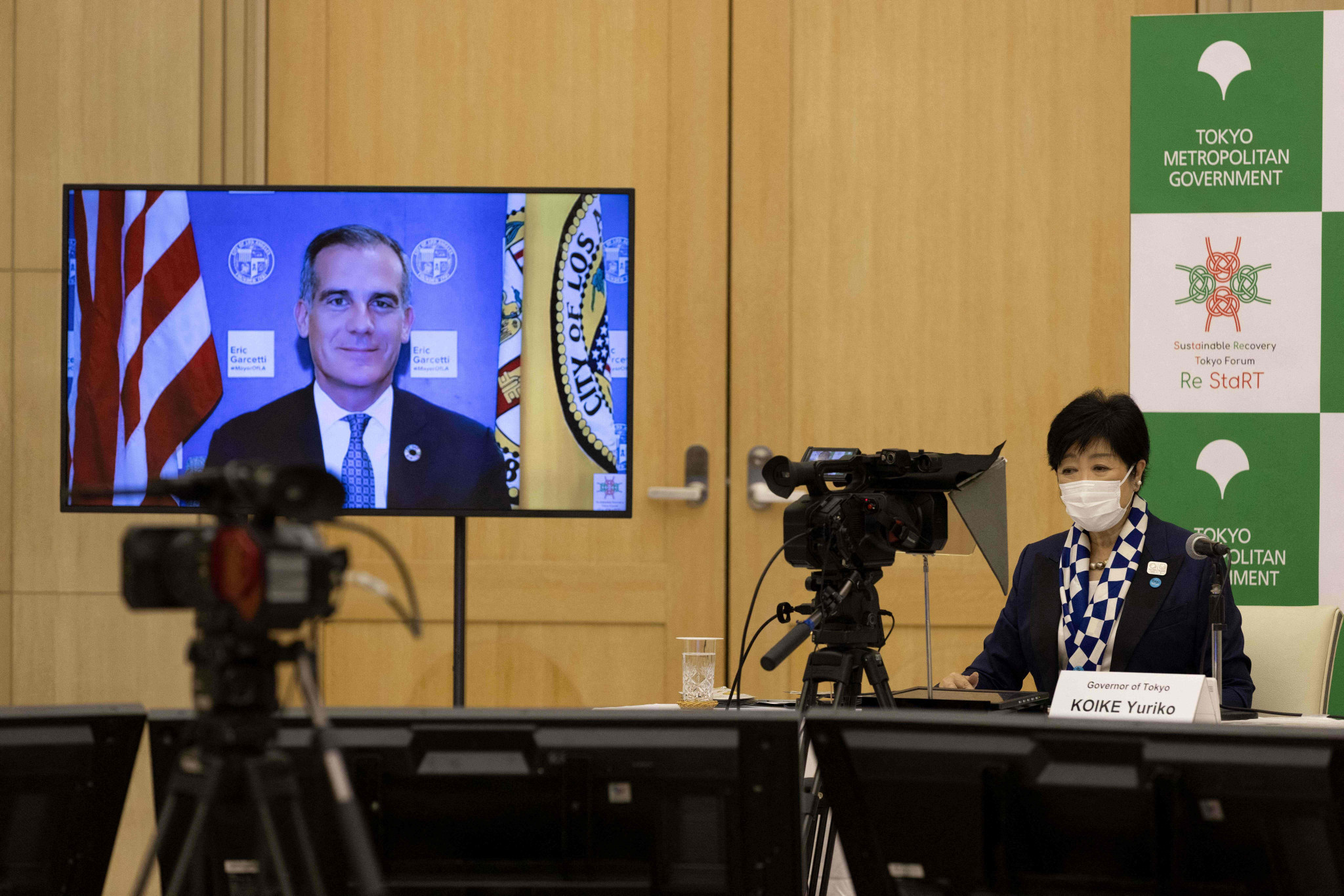 Los Angeles Mayor Eric Garcetti has claimed the city’s partnership with fellow Olympic hosts Tokyo and Paris can help to deliver a sustainable recovery from the COVID-19 pandemic.

Garcetti made the declaration in a video message following the conclusion of the Tokyo 2020 Olympic and Paralympic Games.

Garcetti congratulated Japanese organisers for their hosting of the Games, which were delayed by one year due to the COVID-19 pandemic.

The pandemic forced organisers to largely hold the Olympic and Paralympic Games without spectators.

Garcetti said Paris will "lead by example" as the Los Angeles Mayor stressed that Olympic host cities can work together to achieve a sustainable future.

"Members of the Tokyo Metropolitan Government, the Organising Committee, the people of Japan and the incredible athletes of the world, thank you all for reminding us why we love the Olympic and Paralympic Games," Garcetti said.

"Now the torch will be passed to another good friend, Mayor Anne Hidalgo.

"I know that Paris will continue to lead by example and inspire the world.

"That is what cities do.

"I am so proud to partner with Tokyo and Paris as host cities and leaders in accelerating bold action to fight climate change, and to create a green, just and sustainable recovery from this pandemic.

"Our collaboration extends beyond the Games, as we share so many common goals.

"We know that we are stronger when we stand together."

Koike and Hidalgo were both present last month for a "Sustainable Recovery Tokyo Forum", which was held alongside the Olympic Games.

They were joined by Dakar Mayor Soham El Wardini, with the Senegalese capital set to his the 2026 Summer Youth Olympic Games.

The officials acknowledging the impact of the COVID-19 crisis and stressed the need to tackle climate change, with a joint statement vowing the need to "accelerate action" released following the meeting.

Hidalgo and Garcetti previously attended a global summit on climate change event in 2018, with the Mayors vowing to include measures to tackle the issue in their respective hosting of the Olympic and Paralympic Games.

A cooperation agreement was signed in 2017, with Paris 2024 and Los Angeles 2028 agreeing to collaborate in the fight against climate change, as well as enhancing solidarity and innovation.

The Tokyo Metropolitan Government and Los Angeles signed a Memorandum of Understanding (MoU) last month, which agreed to maintain a working relationship

The document saw the cities agree to work together in achieving a "green and sustainable recovery from the COVID-19 pandemic", with climate change and improving diversity also targeted.