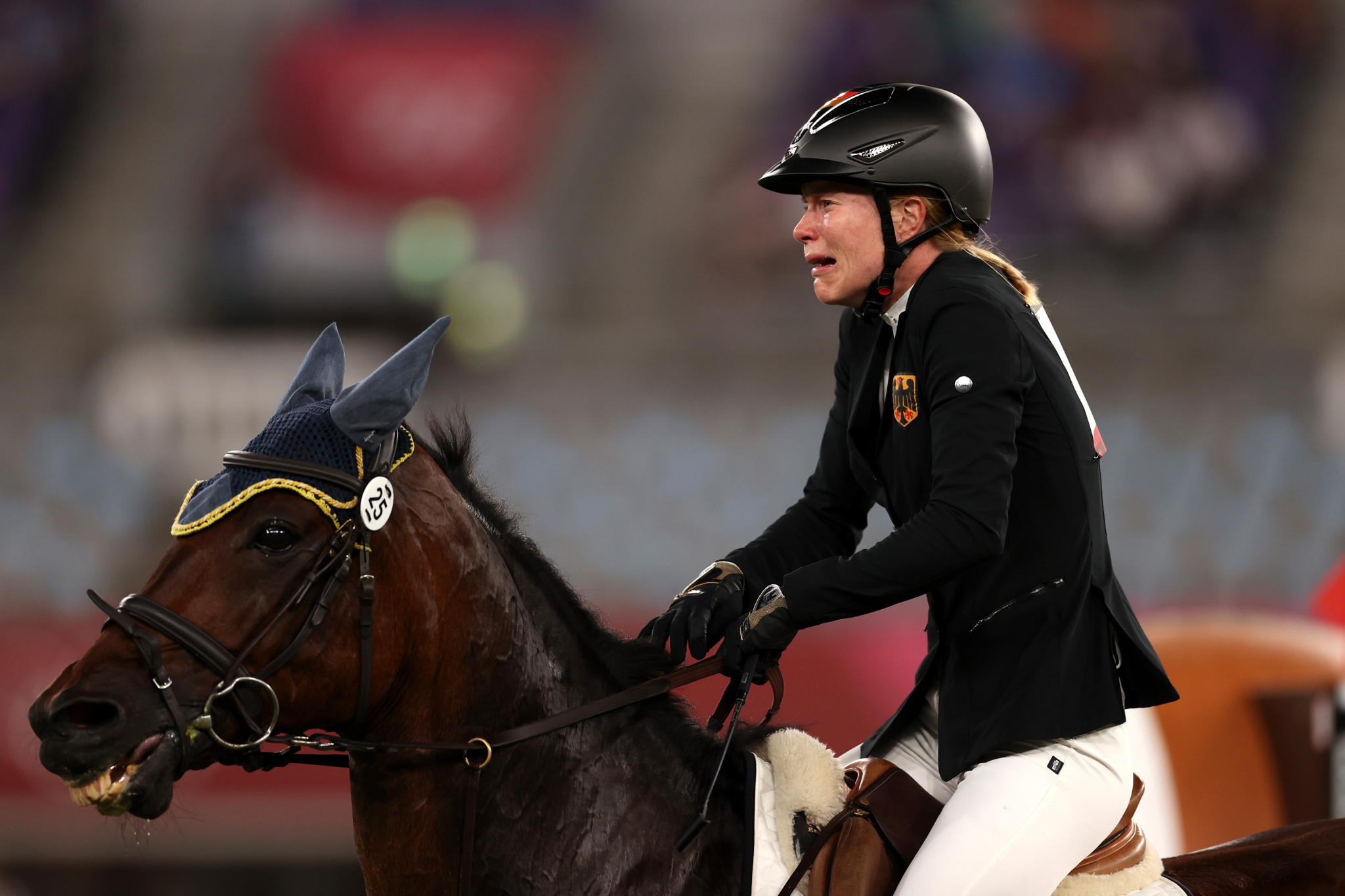 The International Modern Pentathlon Union (UIPM) has found German coach Kim Raisner guilty of striking a horse after she was disqualified during the Olympic Games at Tokyo 2020.

Raisner was alleged to have punched Saint Boy, ridden by Annika Schleu during the riding phase of the women’s competition.

Saint Boy had refused to jump, prior to which Schleu was leading the competition and a strong gold-medal contender.

The UIPM Executive Board subsequently issued a black card to Raisner after reviewing video footage that showed her "appearing to strike the horse Saint Boy".

The UIPM appointed a Disciplinary Panel to investigate the decision.

It has now been announced the Panel had found that Raisner had violated Rule 4.6.8, which states a "pentathlete or team is disqualified for rapping or beating a horse and all other cases of cruelty and/or ill treatment of a horse".

The UIPM Executive Board's decision to disqualify Raisner has been upheld.

Raisner has been issued an official reprimand and warned a "repeat of her behaviour could result in the removal of her UIPM Coaches Certification Programme credentials".

Raisner must also attend a "coach education seminar" which contains a "humane treatment of animals" module prior to returning to any UIPM competition.

Schleu, who was criticised for her violent use of the whip and spurs during competition, was found not guilty of excessive use and faces no action.

The UIPM Disciplinary Panel said: "The Panel recognises Ms Raisner’s personal contributions over many years to the sport of modern pentathlon, both as an elite level athlete and national coach.

"Her athletic and professional record is one of exemplary behaviour, making the events of August 6 stand out as an anomaly.

"That said, Ms Raisner did in fact violate the UIPM competition rules, specifically rule 4.6.8 and her behaviour, that of striking the horse, Saint Boy, and encouraging her athlete to do the same, regardless of the reason, was shocking to this Panel and indeed the world.

On Schleu's actions, the Panel said they reviewed the evidence available and determined the use was not excessive and concluded there are "no animal welfare issues to answer and that no action will be taken."

In the aftermath of the controversy, the UIPM formed a Riding Working Group to review the equestrian element of the sport.

In its statement, the Panel added: "The UIPM is committed to the humane treatment of animals and athletes alike and condemns any acts of cruelty and/or abuse to either.

"Inhumane treatment of animals in any form will not be tolerated, nor will cruelty, bullying or harassment against our athletes and coaches.

"The Panel encourages the newly empowered UIPM Riding Working Group to labour diligently towards modifying our rules in the new competition format for Paris 2024 to safeguard and ensure the health, safety and humane treatment of our animals and athletes."

The UIPM Executive Board is due to hear recommendations on what measures to take when it meets in Monaco in November, before putting changes to the UIPM Congress, which is due to take place online from November 26 to 28.