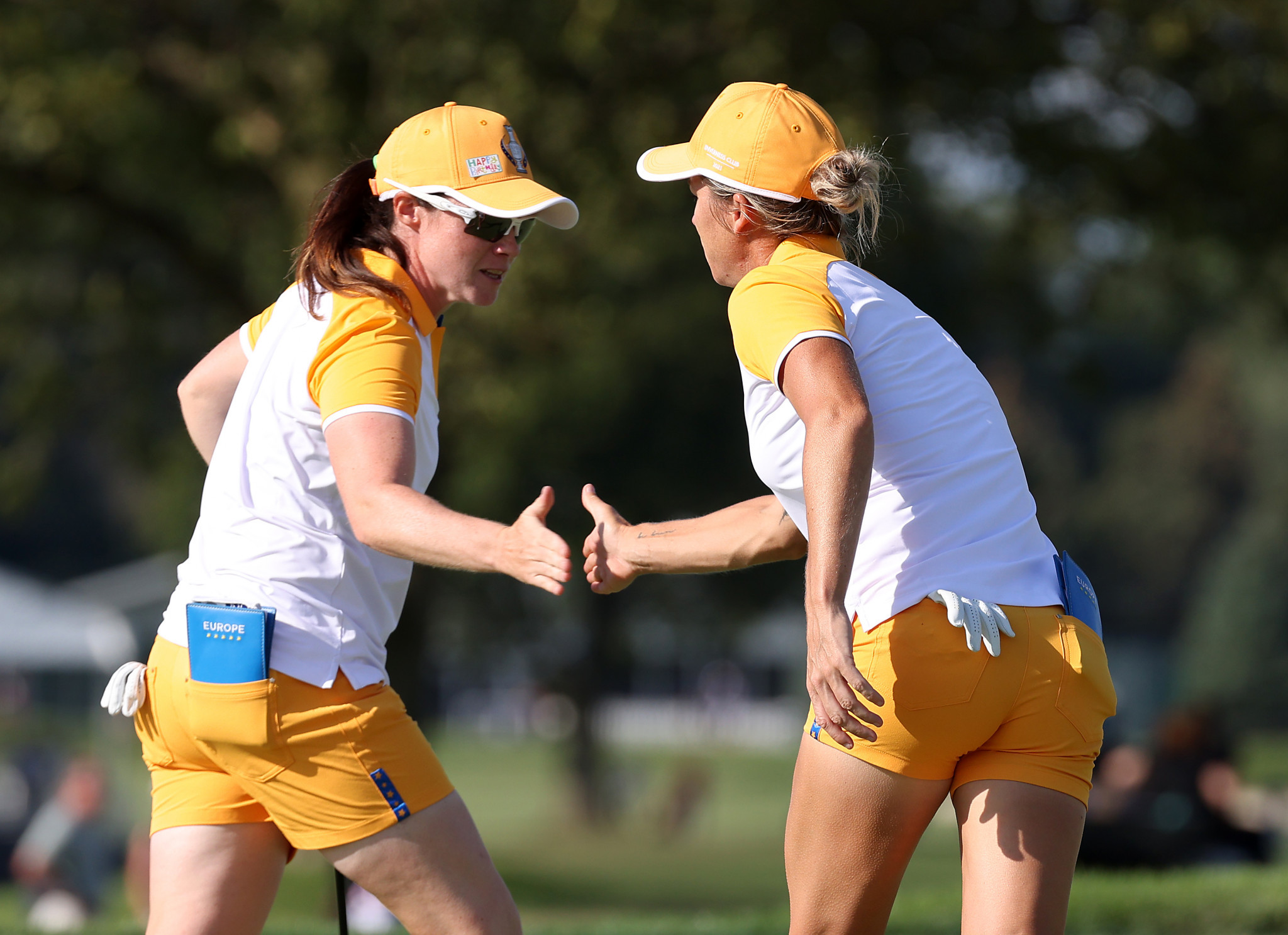 Europe hold a two-point advantage over the United States heading into the final day of the Solheim Cup, after an intriguing second day at Inverness Golf Club in Ohio.

The European team are aiming to defend the title for the first time and started day two with a lead of 5.5 points to 2.5 points.

The US pulled themselves back into the contest after a good set of results in the foursomes, where they won three matches.

Their first victors were Danielle Kang and Austin Ernst, who defeated England’s Georgia Hall and Sweden’s Madelene Sagström one up.

Mel Reid of England and Leona Maguire of Ireland enjoyed a big win in the third foursomes match, overcoming Nelly Korda and Ally Ewing 5&4, before the US won the final contest through Lizette Salas and Jennifer Kupcho, who beat Anna Nordqvist of Sweden and Matilda Castren of France 3&1.

This meant the US closed the gap to one point overall, but Europe wrestled back the momentum as they claimed the closely fought fourballs matches by 2.5 points to 1.5 points.

The first of these fourballs matches went to the US with Yealimi Noh and Mina Harigae beating France’s Céline Boutier and Germany’s Sophia Popov 3&1.

Europe edged in front again in the contest after winning match two, with Spain’s Carlota Ciganda and Denmark’s Nanna Koerstz Madsen winning by a score of one up against Jessica Korda and Megan Khang.

Match three, which ended up being the final game out on the course on day two, was halved by Kupcho and Salas of the US and Reid and Maguire for Europe.

Hull and Pedersen won match four for Europe 3&2 against Kang and Ernest, with the visitors holding a two point advantage going into the 12 singles matches scheduled tomorrow.