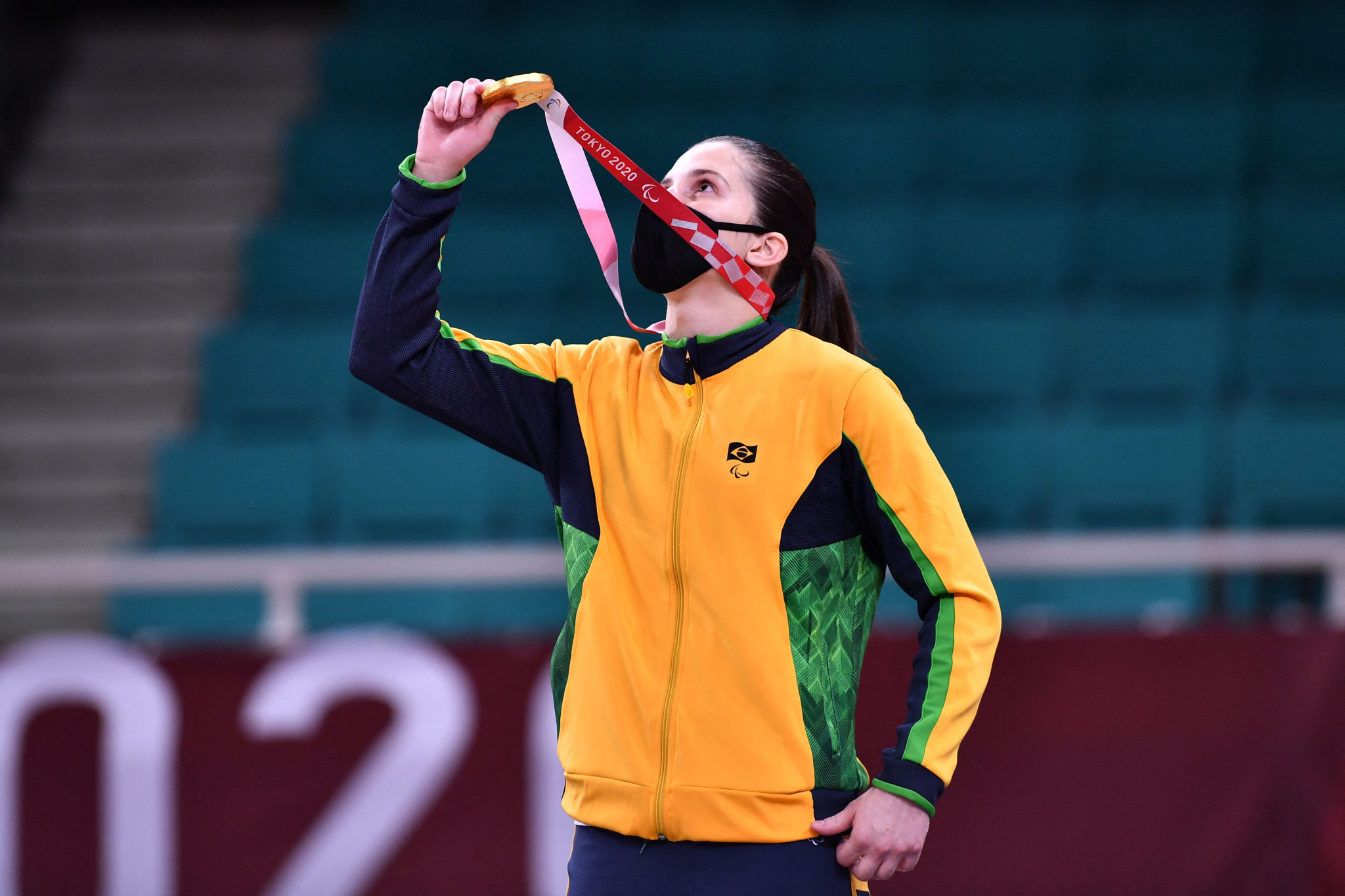 Brazil’s Alana Maldonado upgraded to gold by winning the women’s under-70 kilograms judo event at the Tokyo 2020 Paralympics today.

Maldonado finished as runner-up in front of a home crowd at Rio 2016 and was hopeful of taking top step on the podium at the Nippon Budokan.

The 26-year-old achieved ippon victories over Italy’s Matilde Lauria and Turkey’s Raziye Ulucam to advance to the final.

A repeat of the Rio 2016 final had been possible, but defending champion Lenia Ruvalcaba of Mexico suffered an early loss to Georgia’s Ina Kaldani.

Kaldani progressed to the gold-medal bout, where she was unable to bounce back from Maldonado achieving an early waza-ari score as the Brazilian secured her maiden Paralympic gold medal.

She triumphed in the women’s over-90kg final, overcoming Kazakhstan’s Zarina Baibatina with a match-winning ippon.

The judoka were joined on the podium by bronze medallists Meg Emmerich of Brazil and Italy’s Carolina Costa.

A solitary waza-ari score in the opening minute of the final proved enough for Skelley to secure gold.

Tenorio had been hoping to reach the podium for a seventh consecutive Paralympic Games, but the four-time gold medallist missed out on this occasion.

Britain’s Elliot Stewart had earlier missed out on gold in the men’s under-90kg competition.

Stewart’s challenge was ended by Iran’s Vahid Nouri, who secured the match-winning ippon to earn top spot on the podium.

The final judo gold of the Games also went the way of Iran, as Mohammadreza Kheirollahzadeh triumphed in the men’s over-100kg event.

An ippon score in the third minute of the gold-medal bout saw him beat Georgia’s Revaz Chikoidze.

Today was the last day of judo competition and Azerbaijan topped the sport's medal table at the Tokyo 2020 Paralympics, with six gold and two bronze medals.

Uzbekistan and Iran both finished with two golds, with Britain, Brazil and Algeria each earning one.