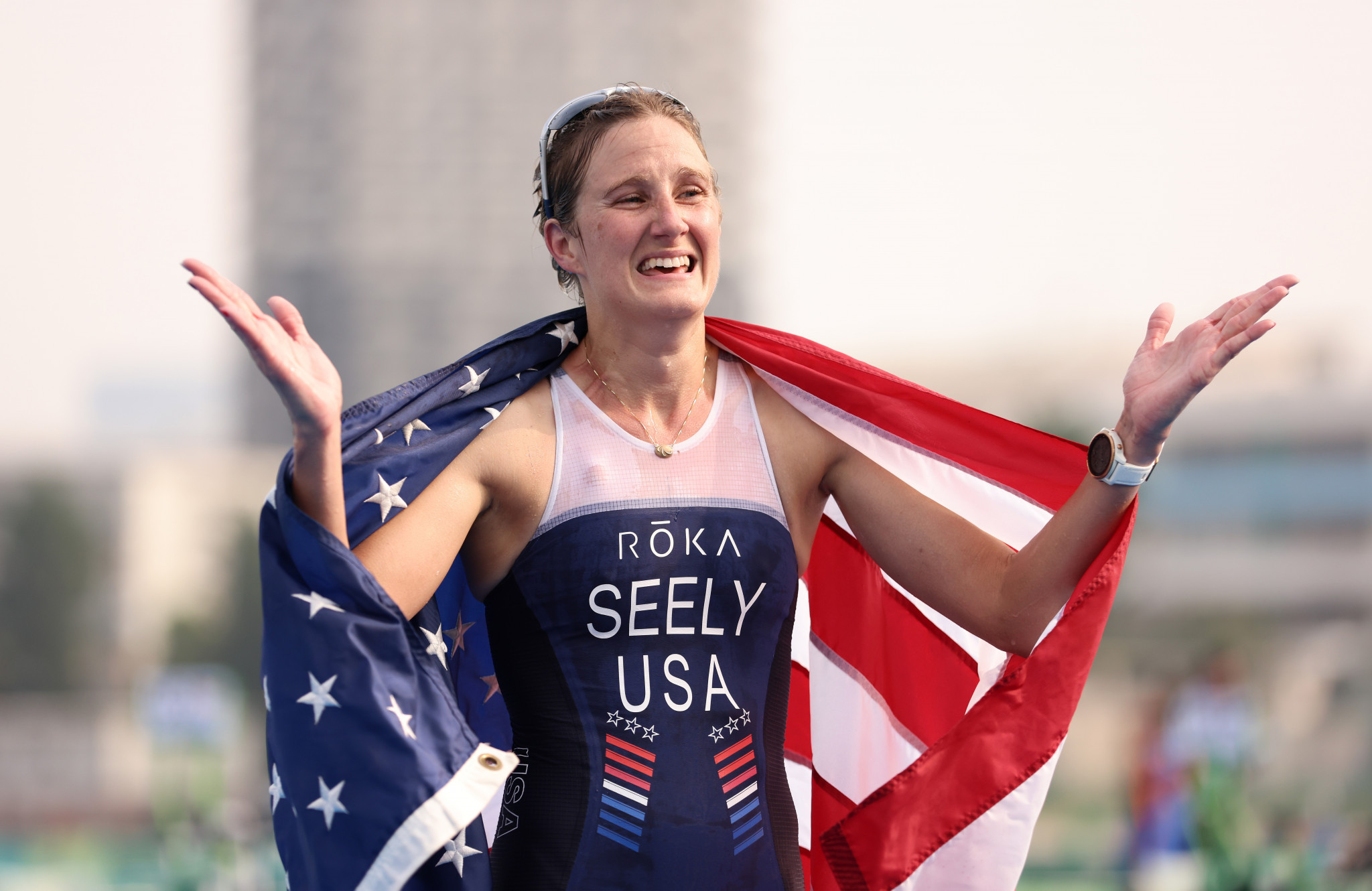 There was just under a minute between the two triathletes with Seely triumphing in 1hour 1min 3sec to capture her second successive gold medal in the women’s PTS2.

It was one of four races taking place with the US winning two of those on the first of triathlon competition at Tokyo 2020.

Brad Snyder secured the US’s second gold medal in the men’s PTVI after managing to pull away from the rest of the field.

The American clinched victory in 1:01:16 as Spain’s Hector Catala Laparra finished under a minute behind him in 1:02:11.

There was just 50 seconds separating second and fifth position in a tussle for the remaining medals.

While Catala Laparra did enough to cling onto silver, Japan’s Satoru Yoneoka held off the challenge of Frances Thibaut Rigaudeau to win bronze in 1:02.20.

France’s Alexis Hanquinquant won the men’s PTS4 by a similar margin as she came home in a sub-one minute time of 59:58.

The bronze medal went to Spain’s Alejandro Palomero Sanchez who finished in 1:04:24.