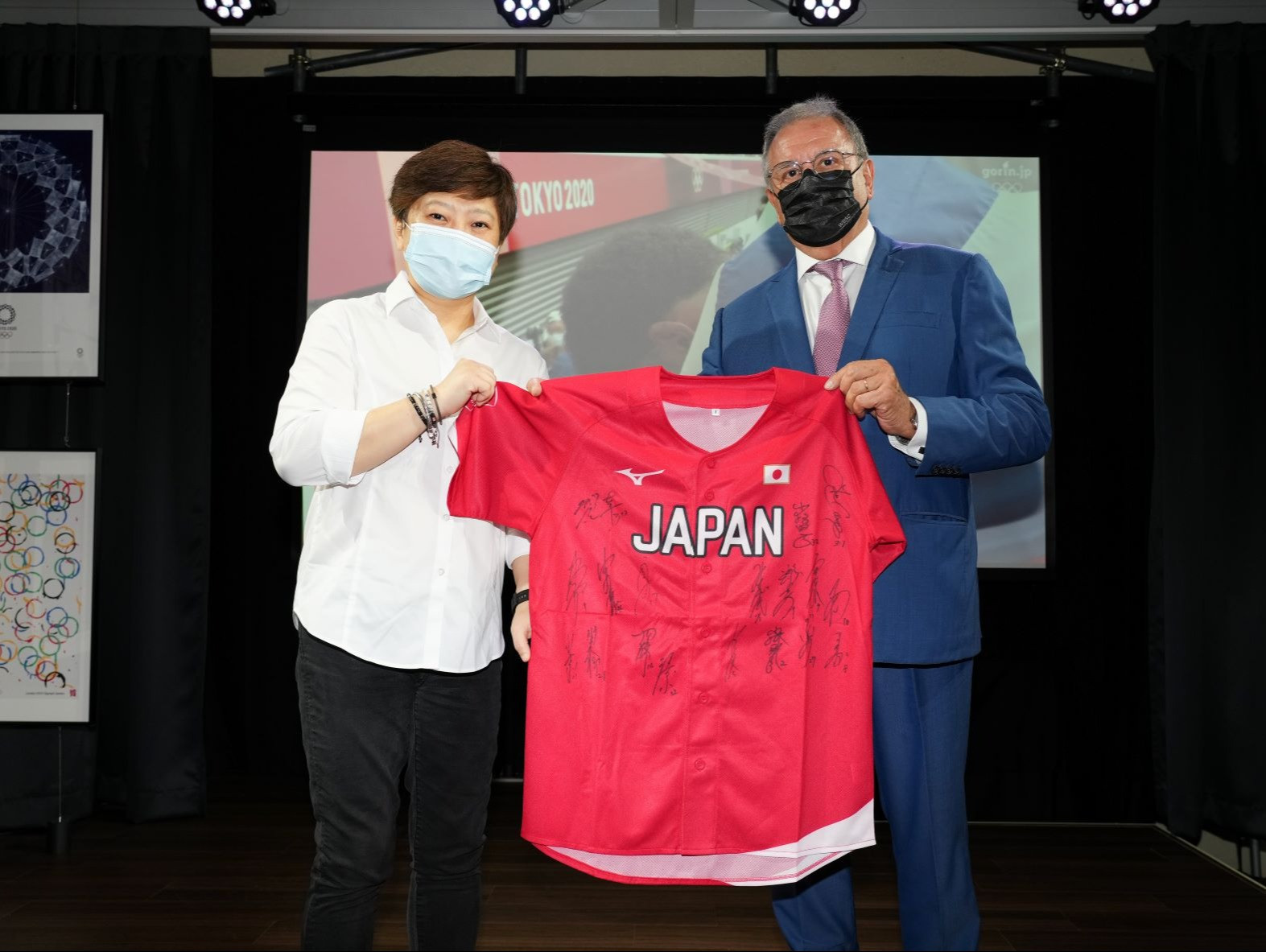 The World Baseball Softball Confederation (WBSC) has marked its return to the Olympic Games at Tokyo 2020 by donating several items to the Olympic Museum in Lausanne in Switzerland.

The WBSC President Riccardo Fraccari donated objects used during the Games to the Museum, including a signed shirt and bat from the gold-medal winning Japanese softball team, and a glove signed by the International Olympic Committee (IOC) President Thomas Bach from the opening day of the baseball tournament on July 28.

The memorabilia was presented to Angelita Teo, director of the Olympic Foundation for Culture and Heritage (OFCH), at the Olympic Agora Café in Tokyo earlier this week.

Fraccari explained that the donation will help to preserve memories from the Games.

"This is in memory of a very special Tokyo 2020 Olympic Games and for the kids all around the world who love the game of baseball and softball," said the WBSC President.

"Not only do these offerings help the Olympic Museum to enrich the wonderful history of our sport, including the return of baseball and softball to the Olympic Games at Tokyo 2020, but these special items offer great storytelling opportunities for future generations."

Teo of the OFCH expressed her gratitude for the collection.

"We are delighted to receive these items of memorabilia from the WBSC, personally delivered by WBSC President Fracarri," she said.

"The Olympic Games Tokyo 2020 are unique in so many ways and these softball and baseball items join an excellent collection of iconic and emblematic objects that will make their way to Lausanne, Switzerland, at the end of the Games to become part of Olympic heritage."

Prior to Tokyo 2020, baseball and softball had not appeared at the Olympics since Beijing 2008.

In the softball tournament, Japan retained their title from 2008 courtesy of a 2-0 victory against the United States, with Canada claiming bronze thanks to a 3-2 win against Mexico in Yokohama.

The baseball tournament is set to conclude tomorrow, with the Dominican Republic playing South Korea in the bronze medal match, followed by a repeat of the softball final between Japan and the US.