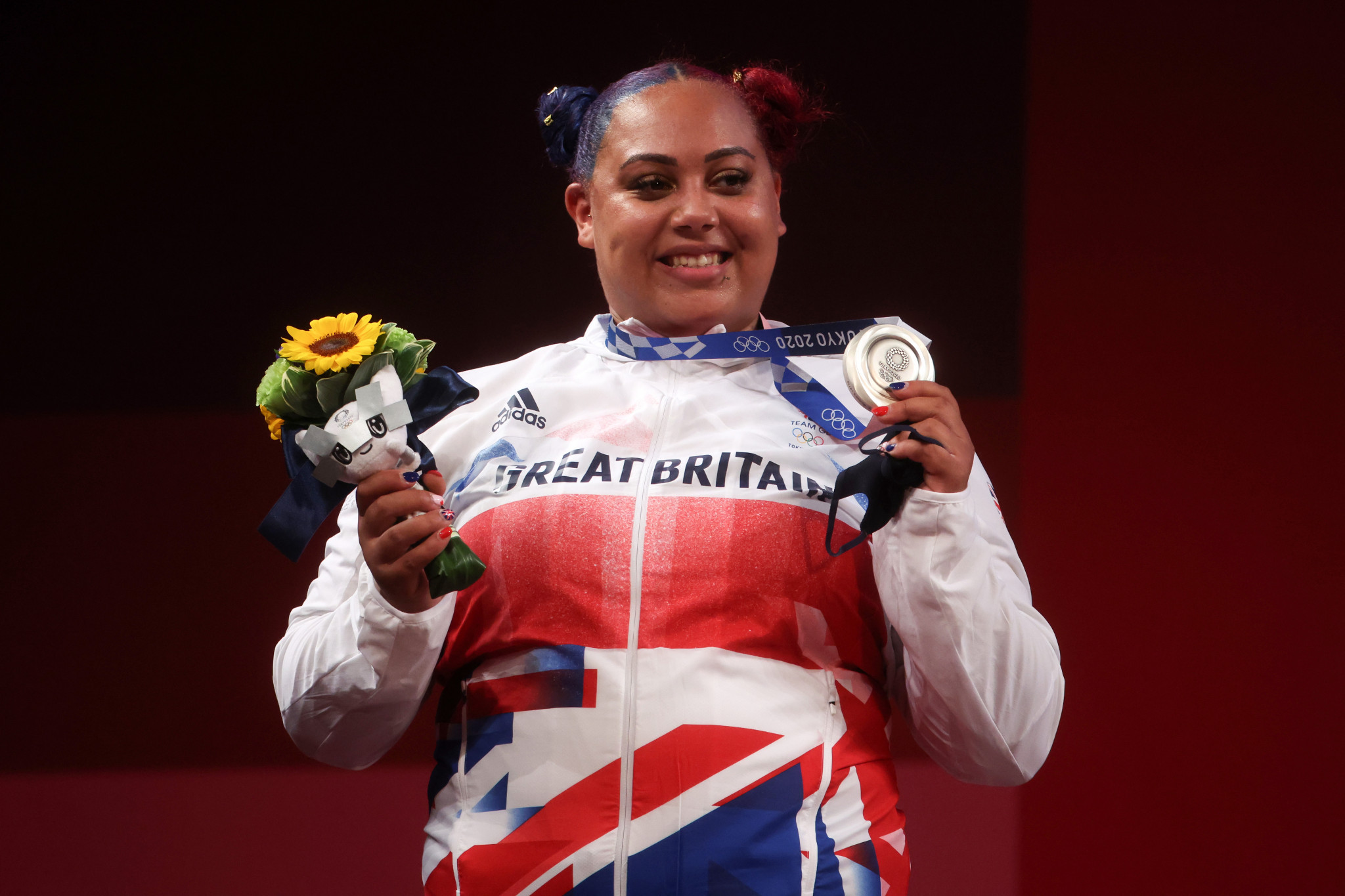 Emily Campbell’s superb performance in the super-heavyweights at Tokyo 2020 made her the first British woman ever to win a weightlifting medal at the Olympic Games.

Campbell told insidethegames before flying out to Tokyo she was aiming to "bring back some bling" in the form of a medal.

She did it in style, moving up from fourth place to third to second with her last two lifts, claiming Britain’s first weightlifting medal since 1984, when it was a men-only sport at the Olympic Games.

Campbell’s other big aim in a sport she came to late after being a discus thrower and shot putter is to take it into schools and raise its profile, especially in areas of social deprivation.

Campbell was working full-time, in pastoral care for children with special education needs, when she started competing for England four years ago.

"It means the world to me to inspire kids," she said.

"My dream is to set up a company that takes weightlifting into schools."

The Nottingham woman’s achievement will not only raise her own profile; it could lead to a rethink on how weightlifting is funded and help Britain’s elite lifters to become full-time athletes.

Ashley Metcalfe, chief executive of British Weightlifting, said: "Emily was unbelievable, absolutely fantastic – we’re so proud of her to post a huge personal best like that when it really mattered."

After her triumph, Campbell said: "I'm actually speechless, for the first time ever.

"You know you're getting in shape for these Games, you know you want to perform at your best but to actually put it out on this stage, I'm thrilled.

"I said to the coaches, 'what just happened?' They were my words.

"The last lift wasn't a perfect clean, it was a little bit in front and I knew I had to fight for it. Nine times out of ten if I stand up clean, I'm going to jerk it.

"I just want to thank everyone who believed in me. You can achieve anything you want to.

"I picked up a barbell for the first time five years ago and now I'm an Olympic silver medallist."

Metcalfe said the hard work and sacrifices made by the entire team of four women, and their coaches, was "quite phenomenal".

They had to do part-time jobs throughout the qualifying period because weightlifting lost its state funding after the Rio 2016 Games, having won nothing for so long.

"When you’re not full-time, as the vast majority of Team GB athletes in other sports are, you can’t train when you want to, at the most beneficial times, but only when you can fit it in," said Metcalfe.

There was even a time when it looked as if the top athletes – Campbell, her gym-mate Sarah Davies, Emily Godley and Zoe Smith – would have to pay their own way to competitions.

Davies was fifth in the 64kg, Godley seventh at 76kg and Smith eighth at 59kg.

Metcalfe will now be able to make a case, when UK Sport carries out its annual review of spending, for more money to help the elite athletes and to promote and develop weightlifting.

Campbell trains with Davies at the Atlas Gym in Alfreton, Derbyshire, coached by Cyril Martin and Dave Sawyer.

Sawyer was one of Britain’s three coaches in Tokyo, while Martin, who has been in the sport for more than 50 years, watched from home.

"What a fantastic performance," said Martin.

"The first time a British female lifter has been on the podium – I couldn’t ask for any more."

Martin had spoken to Stuart Martin, Britain’s lead coach, in the morning and told him that 125-162 were the numbers to aim for.

Campbell needed only 161kg to take the silver, and "would have had 125 in the snatch too if she hadn’t missed her second lift," said coach Cyril.

Campbell has been supported all the way by her parents, with whom she lives, and her local community in Bulwell in Nottingham.

"The local market stall gives me free fruit and veg, the cobbler will mend my boots, the hardware store gives me money when I win a medal - they all pull together and support me.

"I’m so lucky to live in a community like this."

They will be able to see Campbell perform live next year when the Commonwealth Games come to Birmingham.