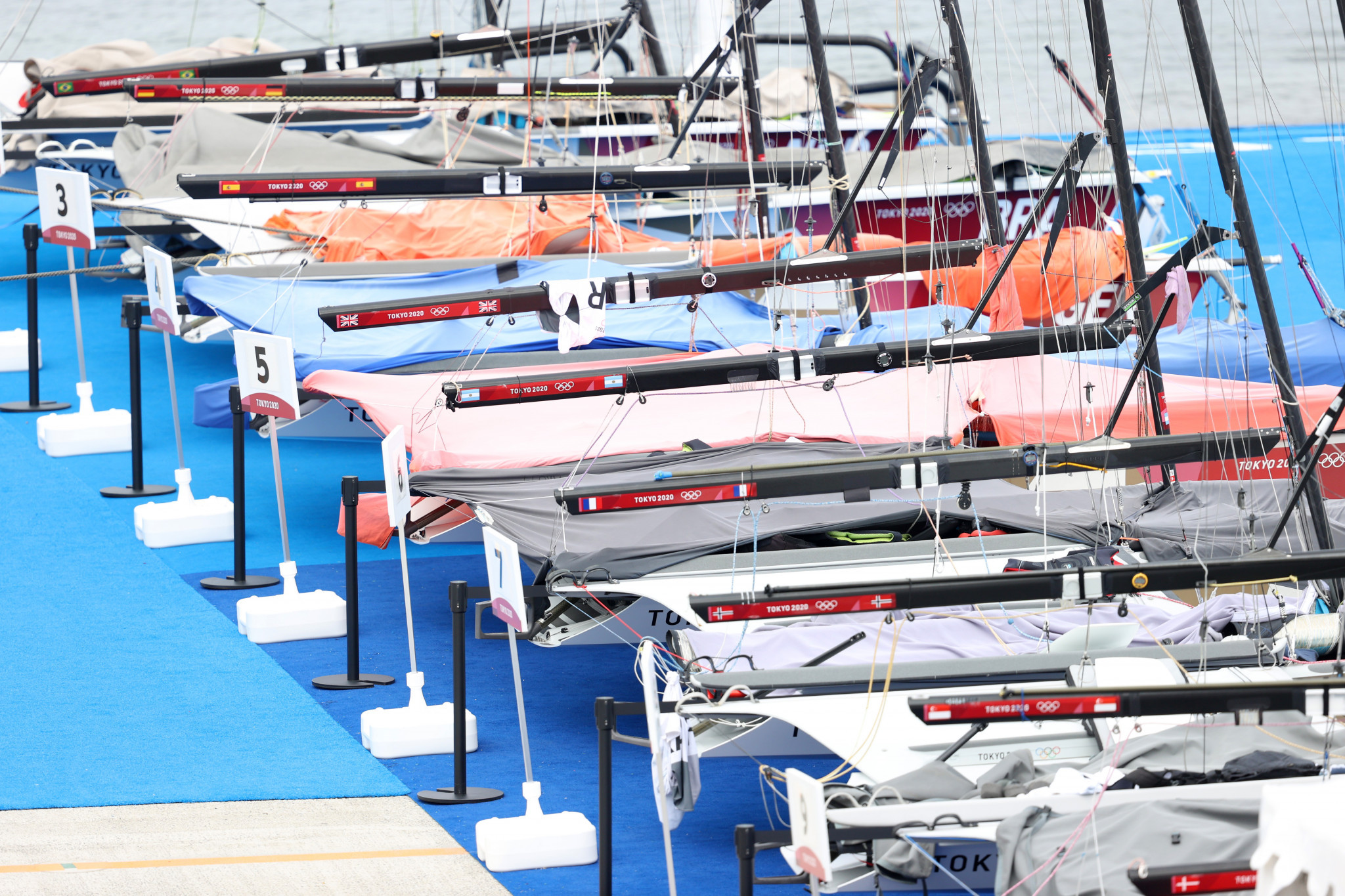 No sailing action was possible at Tokyo 2020 today due to a lack of wind, with two medal races postponed until tomorrow.

World Sailing confirmed that conditions were too calm at Enoshima Yacht Harbour.

Olympic champions were due to be crowned today in the men's 49er and women's 49erFX, but sailors will now have to wait an extra 24 hours.

The Nacra 17 and Finn medal races were already on the programme for tomorrow and will stay in the same slots, meaning tomorrow will see four gold medals awarded.

New Zealand's defending champions Peter Burling and Blair Tuke have an eight-point lead over Britain's Dylan Fletcher and Stuart Bithell in the 49er.

There is a tie at the top of the 49erFX between Brazil's reigning gold medallists Martine Grael and Kahena Kunze and Dutch duo Annemiek Bekkering and Annette Duetz.

Both pairs have 70 points.