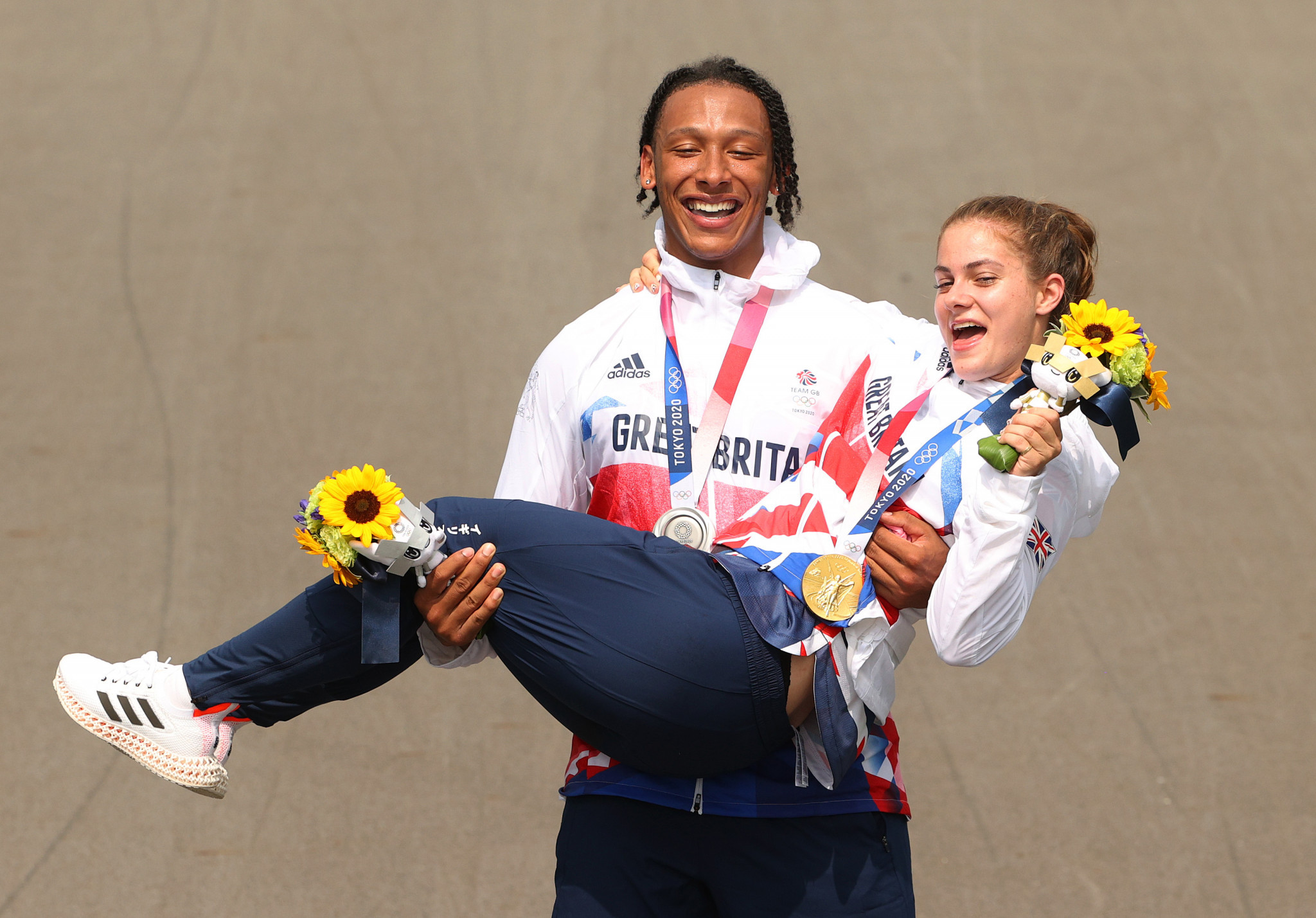 The two riders came into the competition with differing expectations, with Colombia’s Pajón aiming to secure a third consecutive Olympic title after success at London 2012 and Rio 2016.

Shriever, a world junior champion back in 2017, was considered an outsider.

The 22-year-old underlined her status as a contender in the semi-final stage of the competition, winning all three heats to advance through to the final in fine fashion.

Pajón advanced from her heat in second place, with one victory and a second place finish, prior to a safe fifth place in the final race.

The United States' Rio 2016 silver medallist Alise Willoughby was among the big names not to reach the final from the Pajón heat, with Australia’s Saya Sakakibara also crashing out of contention.

Shriever, who was briefly self-funded in the sport, went head-to-head with her hero Pajón in the final.

The British cyclist produced the fastest start of the final and sought to hold off her rivals in the closing stages.

Shriever and Pajón came around the final bend in close proximity, with the latter able to celebrate gold by crossing the line in 44.358sec.

Pajón finished just 0.090 seconds off the pace, as she added silver to her two Olympic titles.

The Netherlands’ Merel Smulders won bronze in 44.721, matching the achievement of her sister Laura at London 2012.

America's eigning Olympic champion Connor Fields was unable to defend his title in the men’s event.

Fields crashed in the final race of the semi-finals and was taken to hospital, meaning he was unable to take his place on the start-line for the final.

The Netherlands' Niek Kimmann lead from the start of the seven-man final, with the Dutch cyclist tracked by Britian’s Kye Whyte.

The two riders remained clear of the rest of the field, with Whyte seeking to close the gap to the leader.

Kimmann, a Summer Youth Olympic Games gold medallist at Nanjing 2014, held on to clinch victory in a time of 39.053.

The same three countries earned medals in both the men’s and women’s events, as Carlos Ramirez completed the podium.

The Colombian finished in 40.572 to win the bronze medal.