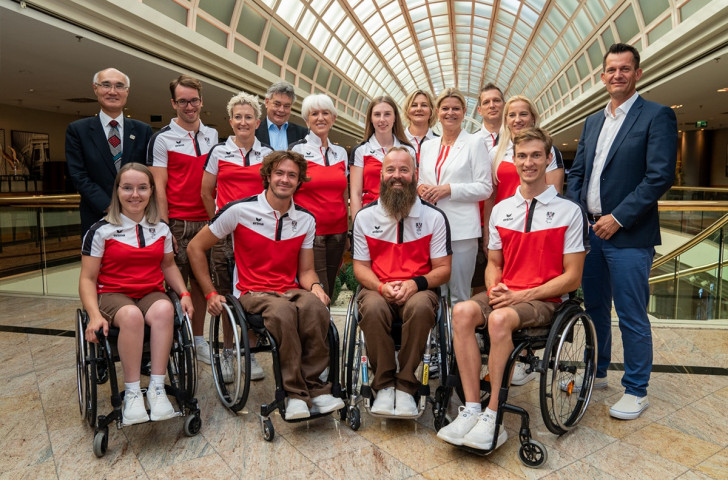 The Austrian Paralympic team has been sworn in by Sports Minister Werner Kogler in capital Vienna.

A 59-strong delegation has been named for Tokyo 2020, featuring 24 athletes.

The size of the travelling party has been reduced due to COVID-19 limitations, but several members attended the ceremony.

Two-time Paralympic gold medallist Günther Matzinger gave the Paralympic Oath on behalf of all athletes, committing to "respecting and abiding by the rules... in the true spirit of sportsmanship".

Rauch-Kallat also thanked sponsors and partners for their assistance.

"I did some research and saw that of the 24 athletes who are in Tokyo, 13 have attended the Paralympic Games at least once," Kogler said.

"Ten of them have already won medals: that's an unbelievable success rate!

"Inclusion and Para sport are a major focus in my department - you can take that as a promise!

"In times like these, they are special role models.

The ÖPC will be launching a "Virtual Austria House" which will be streamed live from August 24 to September 9.

"With guests in the studio in Vienna and in Tokyo and when it comes to medal celebrations, we've come up with a lot," said ÖPC general secretary Petra Huber.

The Tokyo 2020 Paralympic Games will take place from August 24 to September 5.

Austria's best Summer Paralympic performance was 17 golds at Montreal 1976, but the nation won just one gold medal at the 2016 Games in Rio de Janeiro.