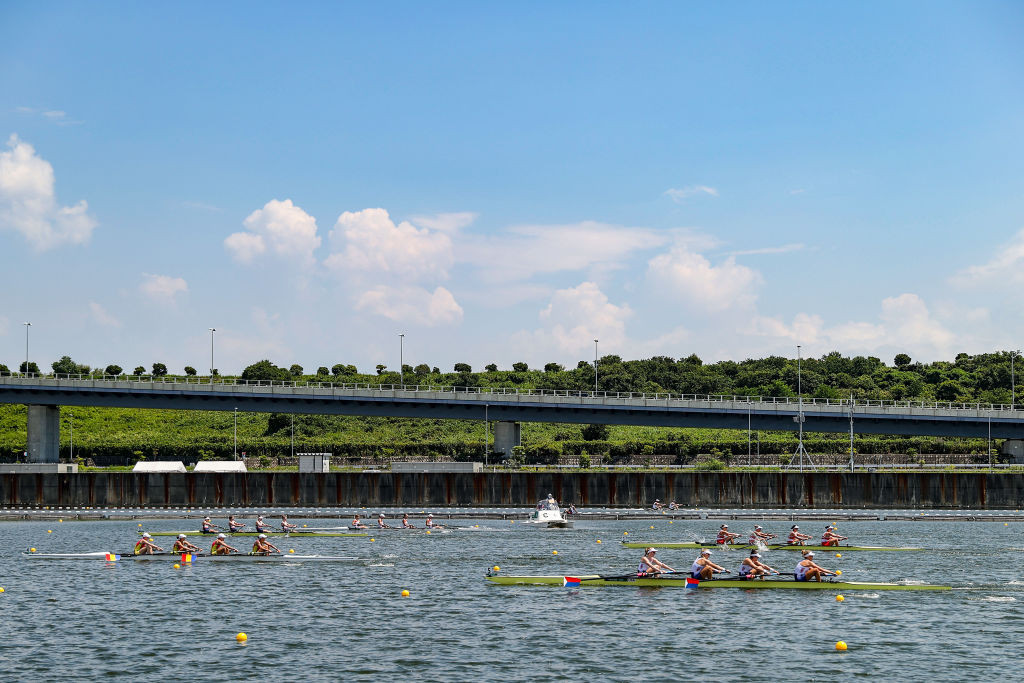 Tokyo 2020 organisers have insisted a tropical storm that is set to make landfall in Eastern Japan tomorrow, and which has forced the cancellation of archery and rowing sessions, is not a cause for concern following fears a typhoon might hit the Games.

Tropical Storm Nepartak formed over the Pacific on Friday (July 23) and there had been concerns it might have a significant impact on events at the delayed Olympic Games here.

The storm is still likely to bring winds of more than 40 miles an hour and heavy rainfall, prompting schedule changes in archery and rowing.

"You should not be too worried about the storm," Tokyo 2020 spokesperson Masa Tayaka said.

World Archery has called off its afternoon session tomorrow and delayed the start of competition in the morning.

Those first and second round matches that had been due to take place in the afternoon have instead been spread across the competition sessions on Wednesday (July 28) and Thursday (July 29).

Finals in the men's and women's quadruple sculls have also been pushed back to Wednesday after World Rowing warned the forecasted high winds and strong gusts would create "unequal and potentially unrowable conditions".

Sports such as sailing and surfing could also be impacted, depending on where Nepartak makes landfall, but Tokyo 2020 claim there were currently no plans to reschedule any other events.

The International Olympic Committee (IOC) said yesterday that it would support further schedule changes if they became necessary.

"The Tokyo 2020 Organising Committee is working with the IOC, International Federations and other relevant organisations to make sure that the processes and plans that are in place to respond to any inclement weather are activated, should the need arise," Tokyo 2020 said.

"In line with the current weather forecast, the schedule for the rowing and archery events due to take place on the 27th have already been changed.

"At this time, there are no plans to change the schedule for any of the other events due to be held on Tuesday July 27.

"We will continue to monitor the latest weather information and will advise you of any changes to the competition schedule as quickly as possible.

"In particular, we will make every effort to inform you promptly of any changes to events due to be held with spectators."

The fact there are no fans attending the majority of events at the Games because of a recent rise in COVID-19 means organisers are not having to deal with ticketing issues.