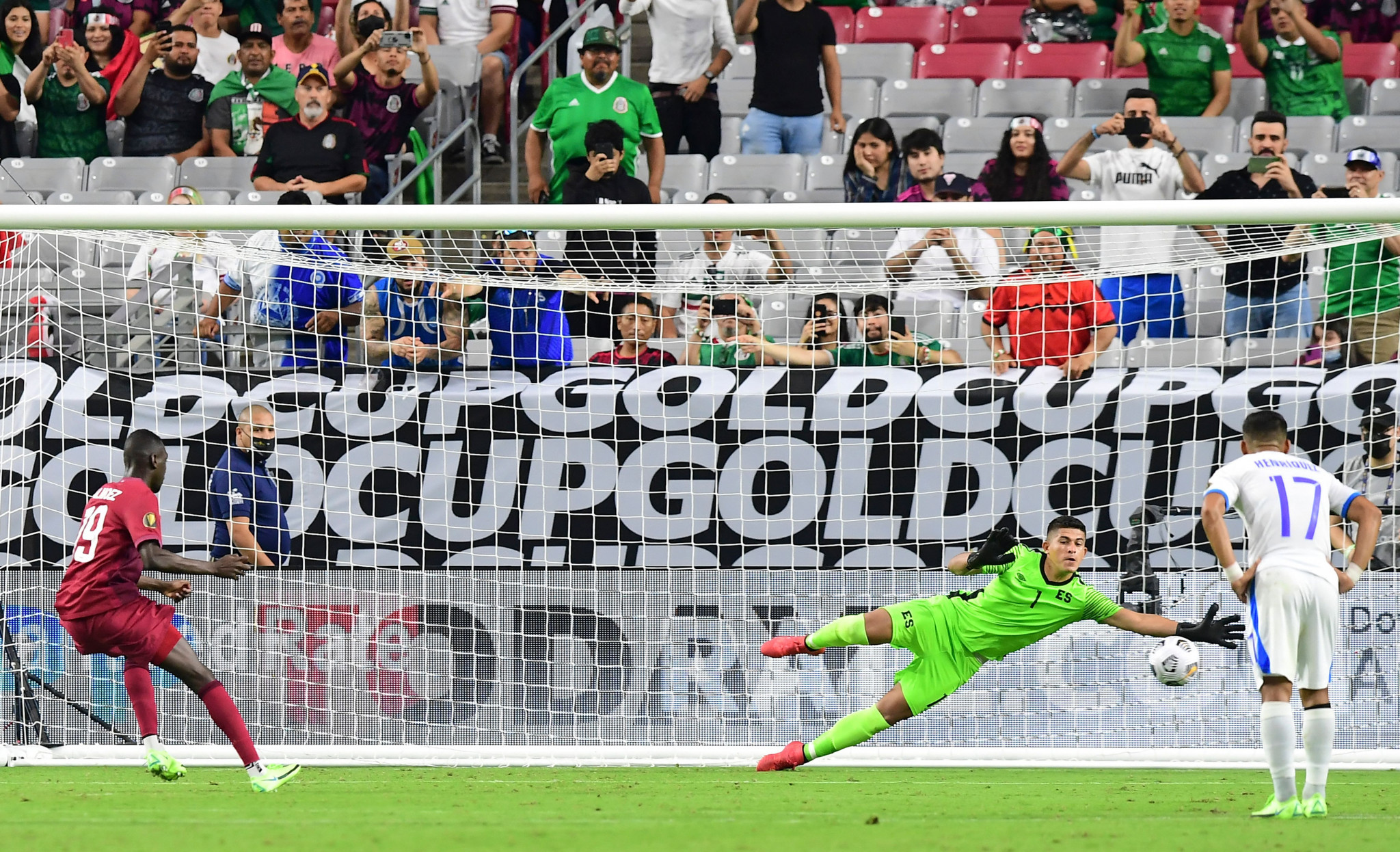 Qatar survived a fightback from El Salvador to reach the semi-finals of the Gold Cup in the United States.

The 2022 FIFA World Cup hosts, playing in the Confederation of North, Central America and Caribbean Association Football event as a guest nation, won 3-2 at State Farm Stadium in Glendale to book their place in the last four.

It was 3-0 on 55 minutes after Ali scored from the penalty spot following a handball.

It was not to be for the Central Americans, however, as Qatar held on.

All three goals came in the first half in Glendale, starting with Rogelio Funes Mori's 26th minute header.

Qatar will meet hosts the US or Jamaica in the semi-finals, with Mexico playing Costa Rica or Canada.

The remaining quarter-finals are tomorrow.