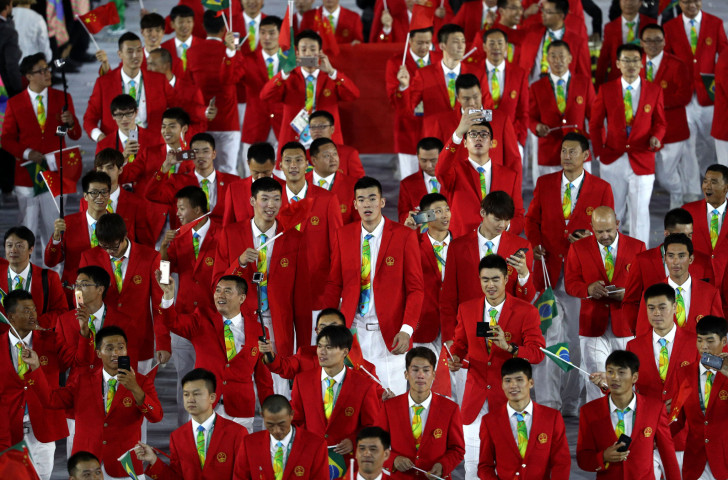 China is predicted to continue its Olympic decline for the third straight Summer Games, according to the final Tokyo 2020 medal projection from Gracenote.

A new prediction, the Virtual Medal Table, published by the Nielsen-owned company projects the country will record its lowest medal return since Athens 2004, with a total of 66.

Many Chinese athletes have not competed internationally since 2019, with the country's borders largely closed during the COVID-19 pandemic, which could account for the underwhelming prediction.

China will be sending 233 fewer athletes to the Games than were selected for Beijing 2008, but the 431-athlete team is its biggest-ever for an overseas Games.

In Gracenote's April projection, China was second in terms of total medals, but has now been overtaken by ROC.

The United States remains top - projected 40 gold medals and 96 in all.

The combination of potential success in new and returning sports, such as sport climbing and baseball-softball, and home support will see the Japan win 61 medals, 26 of them gold, Gracenote predicts.

Britain is predicted to finish fifth in total medals with 52 - which would be the country's worst Summer Olympic finish since Athens 2004 - and the gold-medal total of 14 is below what Gracenote projects for Australia and The Netherlands.

However, this is a significant increase from Gracenote's April table which saw Britain in eighth with just 36 medals.

The Dutch have been projected to blow their previous Summer Olympic best out of the water.

Sydney 2000 was the most prolific edition for The Netherlands as the country took home 25 medals.

Gracenote's Virtual Medal Table estimates that improved results in athletics, cycling and sailing will propel the Dutch to 48 medals and a sixth-placed finish.

Gracenote has said that Tokyo 2020 will be the most unpredictable Games to date due to the impact of COVID-19.

The countdown to the Olympics is winding down, with the Opening Ceremony now just three days away and the women's softball tournament beginning the sporting action tomorrow.