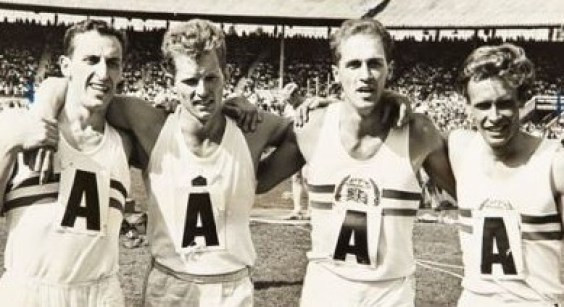 Britain’s Olympic medallist Adrian Metcalfe has died at the age of 79 after a long illness, it has been announced.

The former sprinter, a member of Britain’s 4x400 metres relay team that won silver at the 1964 Olympic Games in Tokyo, was better known to many athletics fans as the voice of the sport on first ITV and then Channel 4.

Metcalfe was the founding head of sport at Channel 4 and was later involved in the successful launch of Eurosport.

He was a member of Britain’s relay team at Tokyo 1964 alongside Tim Graham, John Cooper and Robbie Brightwell.

Running a 45.5sec second leg, Metcalfe helped the team to a silver medal-winning European record of 3min 01.6sec, a mark also inside the previous world record which was improved to 3:00.7 by the winning United States team.

As well as that success in Tokyo, Metcalfe was also part of the team that finished second at the European Championships in Belgrade and the England squad that won silver at the Commonwealth Games in Perth, both in 1962.

Later, Metcalfe moved into broadcasting and was an athletics commentator for ITV before being involved in the creation of Channel 4 and Eurosport.

He worked as an adviser and producer for both the International Olympic Committee and International Association of Athletics Federations (IAAF) - now World Athletics - serving on their respective Press and Television Commissions.

Metcalfe remained part of the IAAF Television Commission until 2011 before retiring from public life.

He was also involved in London’s successful bid for the 2012 Olympic and Paralympic Games as the chair of UK Sport's major event group.

Metcalfe received recognition for his services to sport and broadcasting in the 2001 Queen’s New Year Honours List and was awarded an Order of the British Empire.