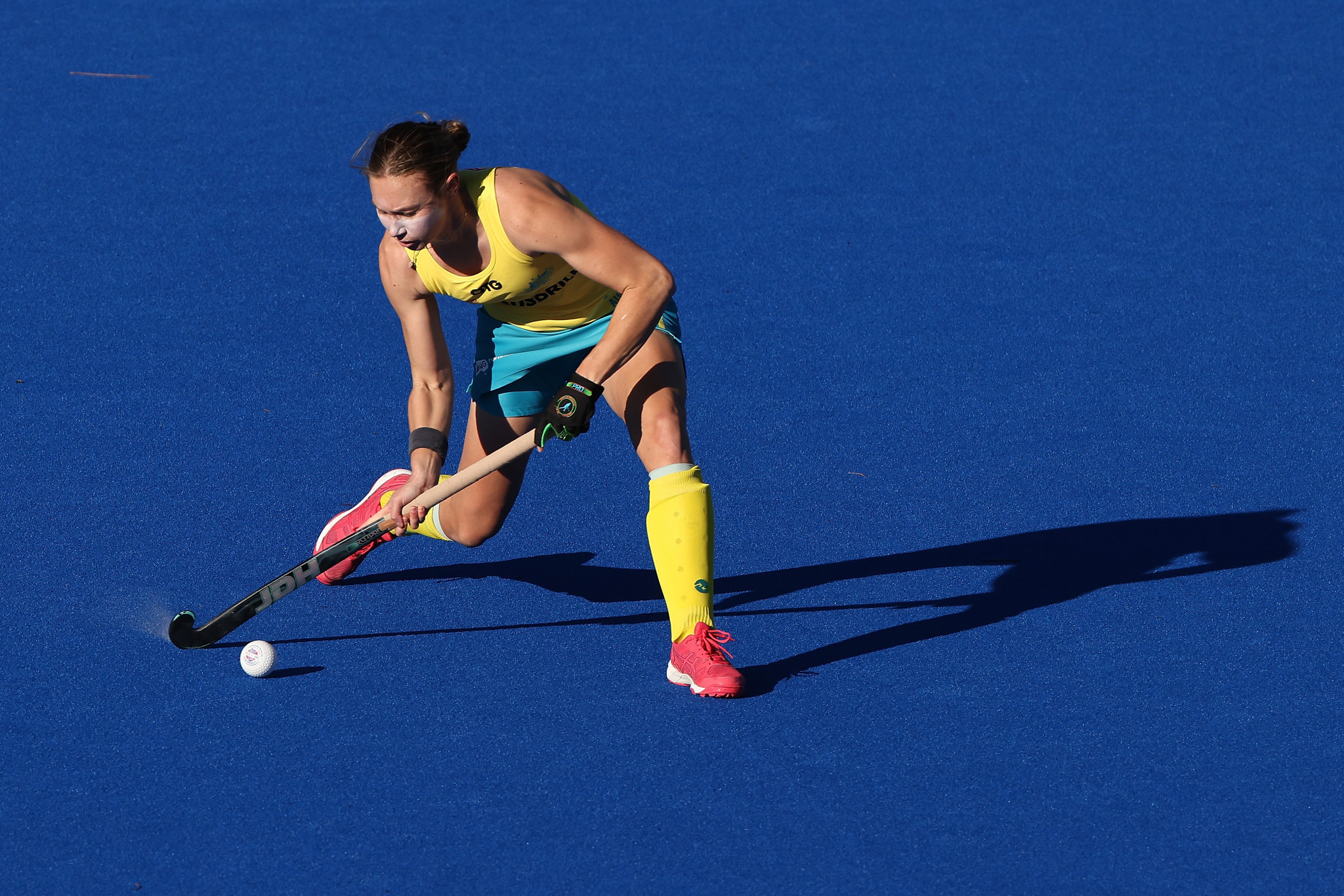 The Australian women’s team bounced back from a shootout loss to New Zealand yesterday at the Perth Hockey Stadium, with matches held behind closed doors amid a snap three-day lockdown imposed by the West Australian Government due to a rise in COVID-19 cases.

New Zealand took the lead after four minutes of the match, with Olivia Merry scoring her 11th goal of the prolonged Hockey Pro League season.

Perry finished as the top scorer in the Hockey Pro League for the second consecutive campaign.

Her early strike proved New Zealand’s only goal of the match, with Savannah Fitzpatrick levelling for Australia after 16 minutes by converting after a rebound.

Penny Squibb put Australia in front via a penalty corner in the third quarter of the match.

Australia’s victory was sealed late on by Mariah Williams, who struck to give the hosts a 3-1 victory.

The result saw Australia finish ahead of New Zealand in the final season standings, with the teams ending fifth and sixth on point percentages of 54.17 and 53.33 respectively.

The FIH opted to use point percentages to determine the final standings, after the season was extended due to the coronavirus pandemic and several matches were unable to be played.

World and Pro League champions The Netherlands topped the nine-team women's standings with percentage of 88.9 per cent.

Argentina were second on 63.3 per cent, followed by Britain and Germany on 55.6 and 54.2 per cent, respectively.

Australia finished second in the men’s standings behind Belgium, aided by a final victory over New Zealand.

Their latest triumph was not as convincing as yesterday’s 7-3 win.

Goals from Nathan Ephraums and Blake Govers gave Australia a 2-0 victory, with the efforts coming in the first and third quarters of the contest.

The match was held amid heavy rain in Perth, with officials showing four yellow cards during a competitive match.

Belgium topped the final standings on a point percentage of 76.2, with Australia second on 66.7.

Germany completed the top three in the nine team competition on 63.3 per cent, as India missed out on a podium spot in fourth place on 62.5.

The back-to-back matches in Perth could aid Australia and New Zealand's preparations for next month's rearranged Olympic Games in Tokyo, with the fixtures having marked their return to international competition after a COVID-19 enforced absence.