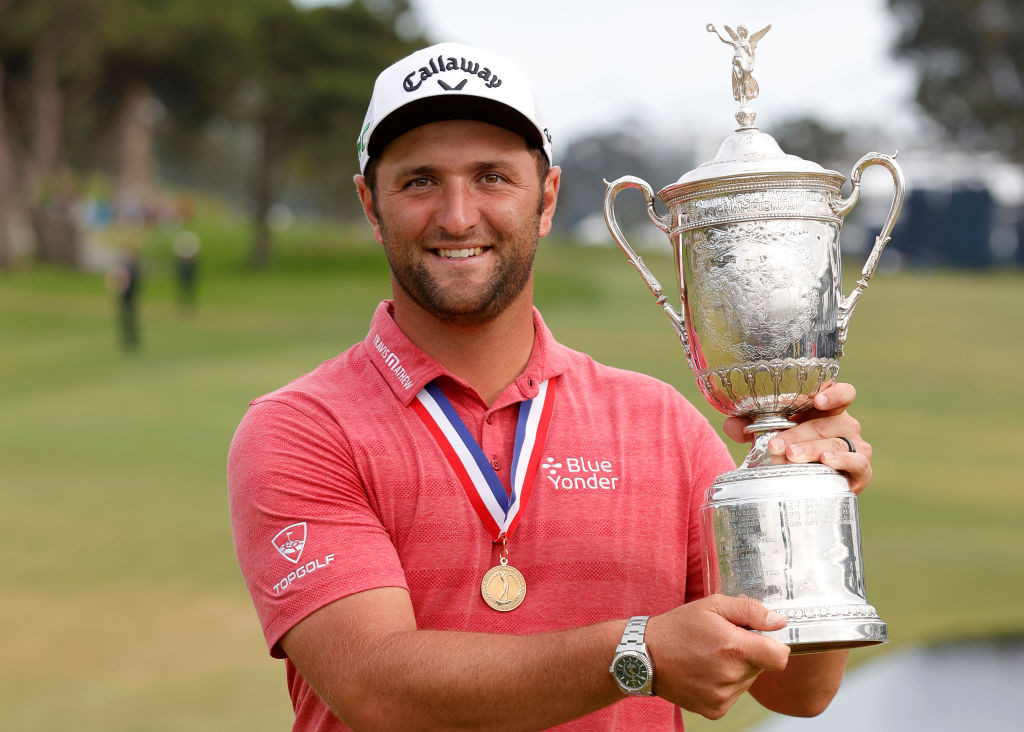 Spain's Jon Rahm produced a superb birdie-birdie finish to win the US Open and claim his first major title on a dramatic final day at Torrey Pines in San Diego.

Rahm carded a four-under-par 67 to end the tournament on six-under, one clear of South Africa's Louis Oosthuizen.

The world number three birdied the 17th and 18th to enter the clubhouse as the leader, but knew Oosthuizen still had enough holes left to snatch victory.

Oosthuizen's wayward drive on the penultimate hole proved costly as a bogey meant he needed to eagle the last to force a play-off with Rahm, but he could only manage a birdie.

The triumph for Rahm comes just two weeks after he was forced to withdraw from The Memorial Tournament when leading by six shots following a positive test for COVID-19.

For Oosthuizen, winner of The Open in 2010, the result consigned him to a sixth runner-up finish at a major, including at last month's US PGA Championship.

Rahm had started the day four shots off the pace but came into his own on the tricky back nine as the other challengers, including defending champion Bryson DeChambeau and Rory McIlory, fell away.

"I'm a big believer in karma and after what happened a couple of weeks ago, I stayed really positive knowing that big things were coming," said Rahm.

"I didn't know what it was going to be but I knew we were coming to a special place.

"I got my breakthrough win here and it's a very special place for my family.

"The fact my parents were able to come, I got out of COVID-19 protocol early, I just felt like the stars were aligning."

American Harris English, who had held the clubhouse lead before Rahm, finished third on three under par, with compatriots Collin Morikawa and Brooks Koepka, and Italy's Guido Migliozzi, tied for fourth on two under.