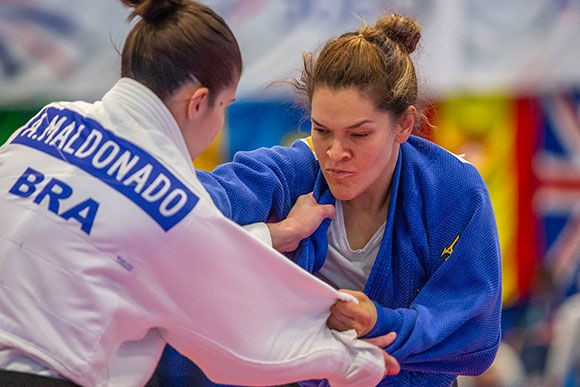 The Mexican judoka enjoyed a dominant day at the University of Warwick in the United Kingdom.

Ruvalcaba won her opening two bouts of the women’s under-70 kilogram competition to reach the final, where she overcame Brazil’s Alana Maldonado by a golden score.

Ukraine’s Iryna Husieva triumphed in the second women’s event of the day.

The men’s under-81kg title was earned by Lee Jung Min of South Korea.

Latchoumanya earned victory in the final by beating Amazhol with an ippon score.

Stewart and Nazarenko were bronze medallists in the division.