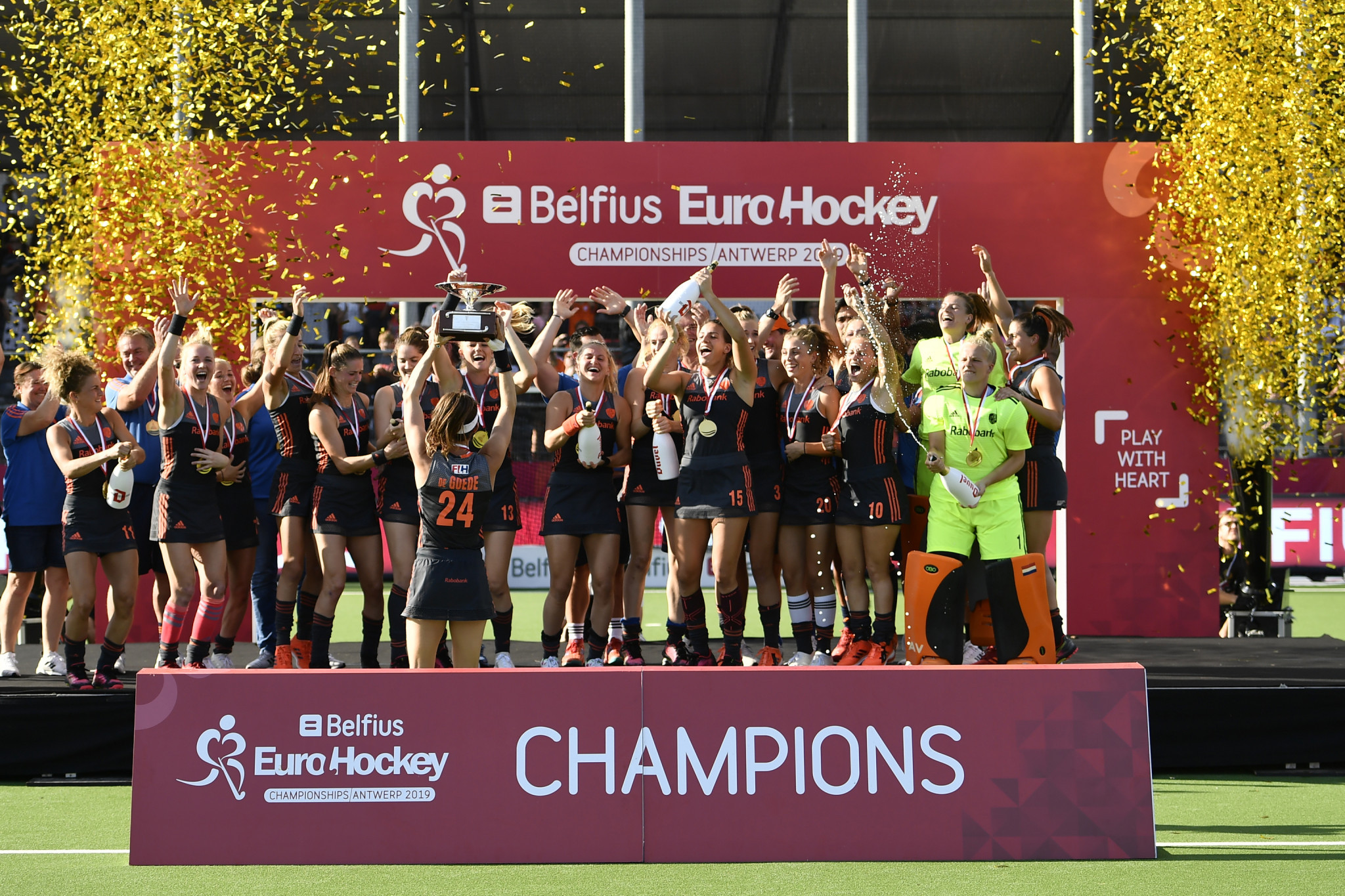 Defending champions The Netherlands issued a warning to their rivals with a 7-1 thrashing of Spain as women’s pool action continued at the EuroHockey Championships.

Playing in Pool A, the hosts made it two wins from two with an emphatic victory, with the scoring started by Eva de Goede with a field goal on 14 minutes.

Frederique Matla scored her first of the game with another field goal five minutes later, before Lauren Stam made it 3-0 from a penalty corner.

Caia van Maasakker made it 4-0 from another penalty corner before Matla scored two goals in two minutes from field goals to make it 6-0.

Felice Albers rounded off the rout with five minutes remaining with another field goal before Laura Barrios netted a consolation for Spain a minute later to make the final score 7-1.

The other match in the pool was a significantly closer affair, with one goal separating Ireland and Scotland.

A penalty corner from Naomi Carroll in the 46th minute was enough to give Ireland a 1-0 win that leaves Scotland bottom of the pool.

Frederique Matla shares her thoughts on the match #EHC2021 pic.twitter.com/KzgOeLrJfB

The Netherlands lead the pool with six points, with Spain and Ireland following behind on three, and Scotland yet to get off the mark.

In Pool B, Belgium moved to the top of the table after a convincing 4-0 win over Italy.

Ambre Ballenghien gave the Belgians a 24th minute lead with a penalty corner before Abi Raye doubled their lead ten minutes later from a field goal.

Two penalty corners in the last ten minutes courtesy of France de Mot and a second from Ballenghien helped Belgium to a comfortable margin of victory.

In the other game in the pool, Germany beat England 2-0 thanks to an early penalty corner from Sonja Zimmermann and a field goal from Jette Fleschutz.

Belgium and Germany now both have four points, with Belgium top on goal difference, while England have three points and Italy are yet to get off the mark.

There were no men’s matches today although fixtures are scheduled in both pools tomorrow.