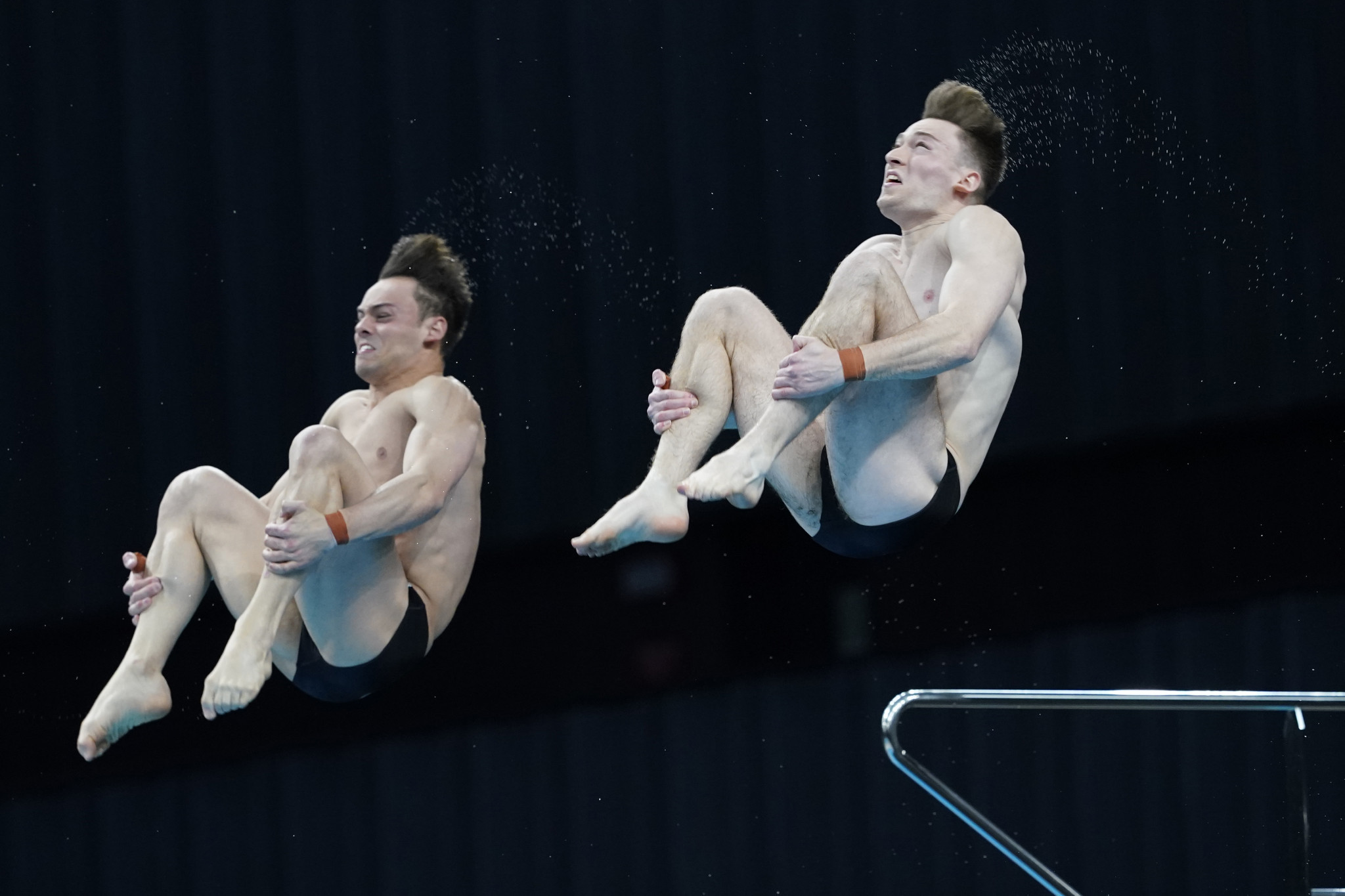 Daley and Lee took the title with a final tally of 477.57, as Britain celebrated its first golds in the diving pool of the championships.

After receiving 43 scores of either 9.0 or 9.5 out of a possible 54 the British pair finished 5.6 points ahead of Aleksandr Bondar and Viktor Minibaev of Russia who took silver following a high-quality battle with 471.96.

Bronze medals went to Timo Barthel and Patrick Hausding of Germany who finished significantly behind the top two with a final total of 424.32 points.

The women’s 3m springboard final went to Germany’s Tina Punzel who took gold with a total of 330.85 points.

Chiara Pellacani of Italy claimed silver with 321.15 points with the podium completed by Emma Gullstrand of Sweden with 319.60 points.

Fourth place went to Vitaliia Koroleva, who had led the competition after the third round before a poor fourth dive, with the Russian finishing with 308.80 points.

The top five was rounded off by Michelle Heimberg of Switzerland who scored 304.55 points.

Diving action is due to conclude tomorrow with two more finals - the women’s synchronised 3m platform and the men’s 10m platform.

Elsewhere today the penultimate event took place in the open water swimming discipline, with Italy victorious in the team event over five kilometres.

Germany claimed the silver medal after their team of Lea Boy, Leonie Beck, Rob Muffels and Florian Wellbrock finished nine seconds behind in 54:18.

Germany held off Hungary by half a second with the Hungarian team of Reka Rohacs, Anna Olasz, David Betlehem and Kristof Rasovszky finishing in the bronze medal position in 54:18.5.

Hungary held off France by an even narrower margin, with the French team of Oceane Cassignol, Lara Grangeon, Logan Fontaine and Marc-Antoine Olivier ending fourth in 54:18.7.

The final open water event, scheduled for tomorrow, is a mixed race over 25 kilometres.