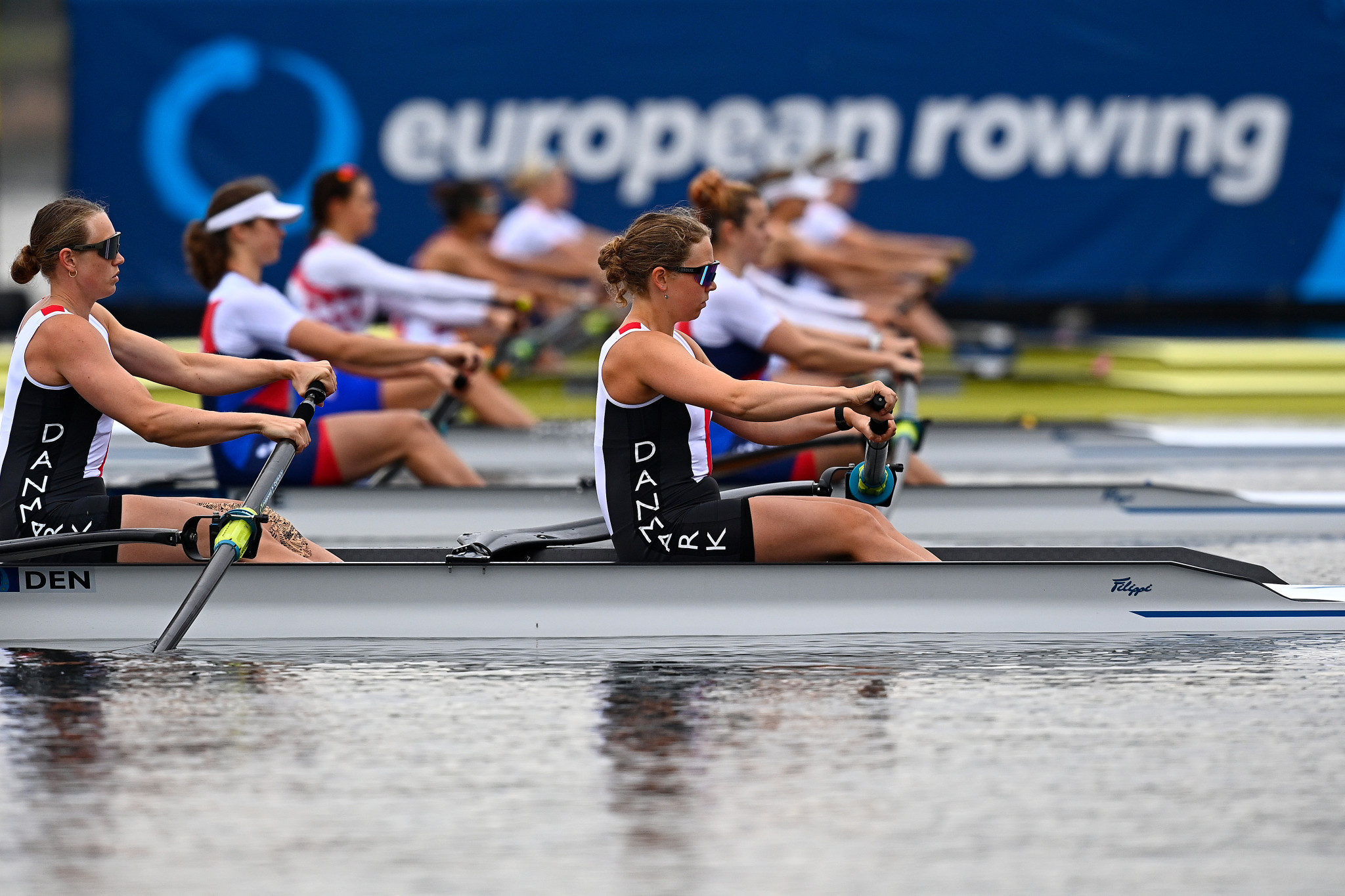 There were plenty of dominant performances in the finals of the first Rowing World Cup regatta at Jarun Lake in Zagreb, Croatia.

Finals across all categories were brought forward by a day with high winds forecast for tomorrow (Sunday).

The first final of the day was in the women’s lightweight single sculls which was won in dominant fashion by Sofia Meakin, in the Switzerland 1 boat.

Meakin took control early on and established a clear water advantage in the first quarter of the race, which she maintained to take gold.

The silver medal went to Katrina Thoma of Germany with the bronze going to Lara Tiefenthaler of Austria.

The race saw a dramatic incident for the Switzerland 2 boat, with Eline Rol having to be rescued after capsizing during the race.

In the men’s lightweight single sculls Peter Galambos of Hungary started strongly and moved away in the third quarter of the race to secure a comfortable win.

The silver medal went to Joachim Agne of Germany with bronze going to Peter Zelinka of Slovakia.

In the women’s pair gold went to twins Ivana and Josipa Jurkovic of Croatia who claimed a dominant victory on home water.

Only three boats took the start meaning they were all guaranteed medals with silver going to the Czech Republic and bronze to France.

There was more Croatian sibling success in the men’s pair as brothers Martin and Valent Sinkovic took gold with a convincing display.

Behind them there was a real battle for the remaining medals, which ended with silver for France and bronze going to Spain.

The women’s double sculls saw a dominant display by Milda Valciukaite and Donata Karaliene of Lithuania, who opened up clear water inside the first quarter of the race as they claimed an impressive victory.

Silver went to France who comfortably held off Hungary who claimed the bronze medal.

A good battle for the silver medal ensued behind with Poland edging out Switzerland 1 into bronze.

There was more success for France in the men’s four with their quartet of Benoit Demey, Benoit Brunet, Thibaut Verhoeven and Dorian Mortelette taking an early lead and holding on to claim gold.

A battle ensued behind with Poland taking the silver and hosts Croatia having to settle for bronze.

In the lightweight men’s double sculls European silver medallists Jonathan Rommelmann and Jason Osborne of Germany took the lead early on and held on to take gold.

Silver went to Switzerland 1 with Austria completing the podium as they took bronze.

France produced another dominant victory in the lightweight women’s double sculls thanks to their pairing of Laura Tarantola and Claire Bove.

Behind them Belarus took the silver medal while the bronze went to Turkey.

In the women’s quadruple sculls Germany opened up an early lead before France fought back although the German quartet of Daniela Schultze, Carlotta Nwajide, Frieda Haemmerling and Franziska Kampmann held on to take gold.

Silver went to France while Switzerland took the bronze medals.

In the men’s quadruple sculls Estonia’s quartet of Juri-Mikk Udam, Allar Raja, Tonu Endrekson and Kaspar Taimsoo took the lead during the third quarter of the race before holding on to take victory.

Behind them the silver medals went to Poland, who had led at the start, with the bronzes going to Germany.

In the women’s single sculls the race went to form with the fastest qualifier from the heats Magdalena Lobnig of Austria taking gold with an assured performance.

Behind Lobnig, Kristyna Fleissnerova of the Czech Republic took silver after she outsprinted Jovana Arsic of Serbia, who was forced to settle for bronze.

In the men’s single sculls Oliver Zeidler of Germany got off to a flying start which was too much for his rivals to overhaul as he took a comfortable gold.

Behind him Kjetil Borch of Norway took a comfortable silver with bronze going to Damir Martin in the Croatia 1 boat.