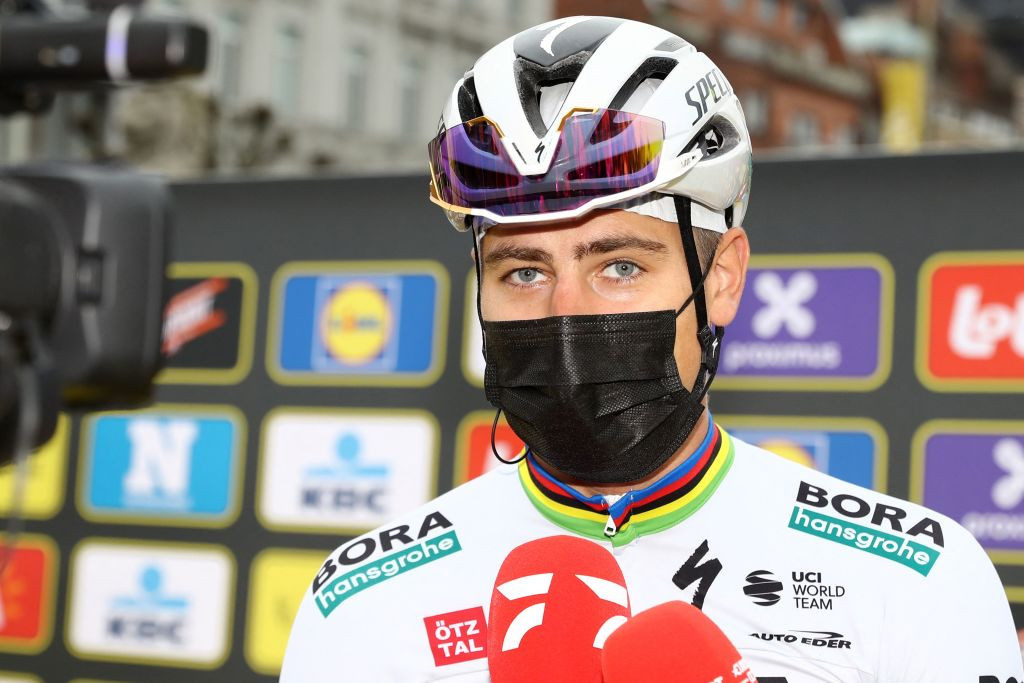 Peter Sagan marked his first appearance in the Tour de Romandie for 11 years by winning the bunch sprint at Martigny to take victory in stage one.

Slovakia’s three-times world road race champion had appeared in the Swiss race in his first season as a professional.

Now 31, he showed characteristic power to hold off the strong challenge of Italy’s Sonny Colbrelli, riding for Bahrain Victorious, to earn an early distinction for his Bora-Hansgrohe team as he come home in 4hr 12min 40sec.

Patrick Bevin, of Israel-Start Up Nation, completed the podium places after a day of rain and headwinds on the 168 kilometres route.

Rohan Dennis, who had led home a clean sweep for the Ineos Grenadiers in the previous day’s four-kilometres prologue, finished safely in the bunch to retain his overall lead, with his team retaining the overall podium positions through Geraint Thomas and Richie Porte.

Dennis leads the general classification on 4hr 18min 06sec, with Thomas and Porte nine seconds behind him.

France’s Remi Cavagna is fourth, 11 seconds back from the leader, with Sagan a second behind him.

Elia Viviani of Cofidis and Chris Froome of Israel Start-Up Nation were dropped from the main bunch in the final 20 kilometres.

Six days of racing are being held in Switzerland, with the first stage marking the first of three consecutive days of hilly courses offering breakaway opportunities.

The fourth stage will be a 161km mountain route from Sion to Thyon 2000, before the race concludes on Sunday (May 2) with a 16km individual time trial in Fribourg.