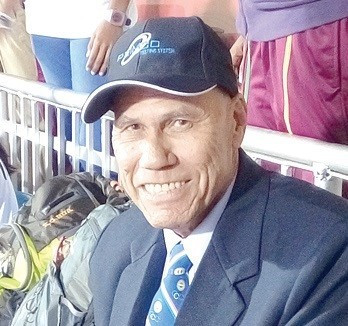 In the 1960s and 1970s the US President's Council on Physical Fitness focused on rigorous fitness with less of an emphasis on general physical activity.

The Council was started by an executive order in 1959, but was substantially bolstered in January 1963 by President John F. Kennedy.

In the late 1970s, William Toomey, the Olympic decathlon gold medallist, and Barry King, a British Olympic decathlete whose funeral was on April 10 in Colorado, prepared a proposal called the National Pentathlon for Schoolchildren 13 to 18-years-old, which was accepted by the Council and sponsored by Coca-Cola.

King was also a very successful US Olympic marketing director for 15 years. They are both long-time good friends of mine with whom I previously worked with on many projects.

The programme was very successful in the US schools system and I understand several million certificates were handed out.

Then Coca-Cola, assisted by Toomey and King, also introduced the project in Brazil where another several million school children participated and a notable Brazilian athlete - Joaquin Cruz - came out of the system.

He later won the 800 metres Olympic gold medal at the 1984 Los Angeles Games.

Unfortunately, Presidents and political agendas change and this excellent programme fell by the wayside and was almost totally forgotten for many years.

Today, World Athletics has an excellent kids programme sponsored by Nestle on the world stage. The objective is to make athletics the number one participation sport in schools and also attract and sustain the potential sporting stars of tomorrow.

The programme hopes to "catch them young" for three age categories: seven to eight, nine to 10 and 11 to 12.

This is the biggest grassroots development programme in the world of sport. However, World Athletics does not want to lose all these budding stars when they become teenagers.

In 2015, Lord Coe was elected as the President of the International Association of Athletics Federations (IAAF). That same year I was appointed as the high performance director of Indian Athletics.

During that time, the IAAF became World Athletics. Also at that time I briefly discussed the schools project with Indian Athletics Federation President Adille Sumariwalla, Dr. L. Bhanot, the chairman of planning, and the then director general of the Indian Sports Authority.

There was positive interest on the subject. World Athletics were too busy at that time with a new President and a new agenda.

The time is just right now in 2021, with the world plan for World Athletics 2022 to 2030 being currently determined with the Global Conversation Survey in progress.

I completed the survey and I'm aware that the compilation of the feedback and ongoing outreach is being led by World Athletics' World Plan Working Group, chaired by Willie Banks, and supported by all 214 Member Federations.

I understand that the World Plan will be finalised in the summer of 2021, before requiring the formal approval of the World Council, and the World Athletics Member Federations, at the 53rd World Athletics Congress later this year.

I would like to suggest that World Athletics consider the Toomey/King designed National Pentathlon Fitness Award for all school boys and girls between 13 and 18 years of age.

There is a vacuum in this age group. Yes, there is of course the youth and junior programme for elite school boys and girls, but not for the rest of the teenagers who may turn out to be late developers or just future athletics fans.

These five events test and develop the most essential characteristics of physical fitness which are speed, strength, agility, skill and endurance.

Performances achieved in each event are evaluated on a scoring table. The total score represents a meaningful measurement of physical conditioning and sports skill, and it sets a level upon which each participant, all girls and boys, will seek to improve.

This programme can be revived, this time by World Athletics, and may I suggest that President Lord Coe initially discuss with Indian Athletics Federation President Adille the possibility of using Indian schools as the first example to initiate the programme?

This proposed programme will fulfill a need for the 13 to 18 years age category.

If this project is found acceptable the programme could be brought up-to-date by a World Athletics subcommittee, thus saving the sport from "reinventing the wheel".

As in all sports, competition is the lifeblood of athletics. So also it is in the world of business.

I assume with an attractive programme like this, it should not be too difficult to educe some large corporate to come aboard as a sponsor.