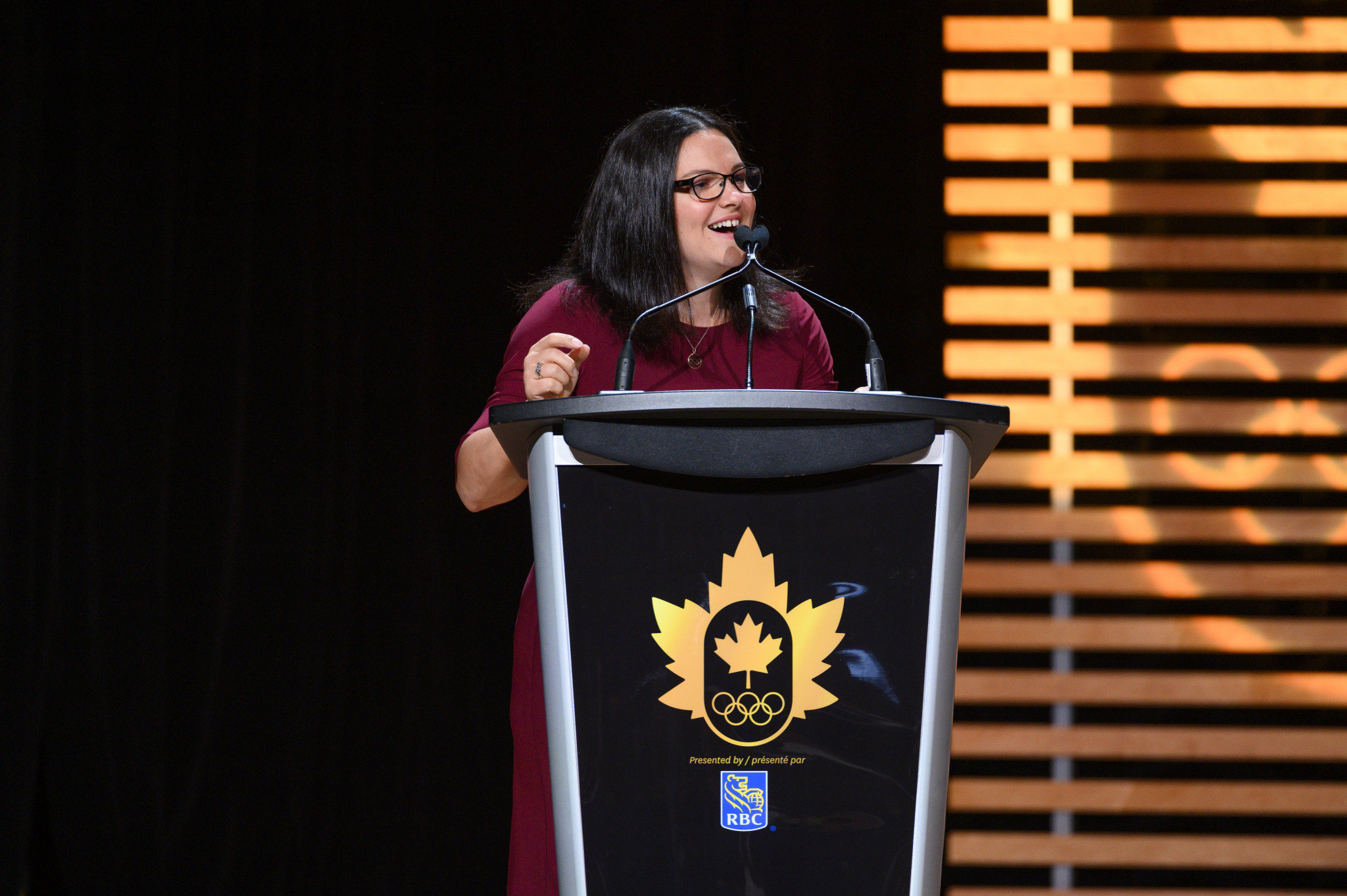 As I made my way through the weightlifting ranks, competing as a young athlete in a sport tainted by doping - and with rumours of countries constantly getting away with doping -  it taught me just to focus on my own performance, and controlling the controllable.

Weightlifting was a sport I personally had fallen in love with, and so the pull of competing at the highest level outweighed the doping culture that I believed besieged the sport.

This pull on the heartstrings allowed me to make peace with the fact that doping existed, despite the fact that I saw many talented and promising athletes simply give up, as they felt they had no chance as a clean athlete.

While I understood those athletes’ decisions, for me I felt the wonderful aspects of weightlifting - the love of competition and the challenge of pushing myself - outweighed the prevalent issues of doping.

Doping, however, was to impact my career story in ways I’d never imagined. Just like my compatriot, the revered Beckie Scott who went from bronze to silver to gold as a result of her competitors’ Salt Lake City 2002 doping sanctions, I was to be the belated beneficiary of doping cases in weightlifting from Beijing 2008 and London 2012.

In Beijing, I was elevated from fourth to bronze, and four years later in London, I was elevated from bronze to silver and then gold. Though both these medals were awarded to me years after the fact - ten and eight years respectively - it was vindication, in my view, of the fact that I belonged to a country, Canada, that had long before (through the Dubin Inquiry) looked itself in the mirror and faced the tough questions around doping.

Though I’ve never considered myself materialistic, or particularly driven by money, it is clear that my after-the-fact medals would never compensate for the years of missed sponsorship and career opportunities that would have come as a result of being an Olympic champion and could have supported me financially - especially considering that in Beijing I would have been Canada’s first medal winner and in London I would have been Canada’s first gold medallist in a Games where the nation would only win one other gold medal (Rosie McLennan in trampoline, who ended up being our flag bearer).

Had they been awarded at the time, the media attention that my Beijing and London Olympic medals would have brought Canada would have shed a spotlight on our sport, and by extension other smaller and less known sports in Canada.

It would have shown an example of how it’s acceptable for women and girls to practice what is traditionally thought of as a masculine sport, and again by extension, the idea that boys and men could participate in traditionally famine sports. I think it would have started this conversation - and, no doubt, others too.

That being said, my story [of encountering doping first hand] has brought me opportunities to inspire others and assist the fight against doping. Would I have had the same opportunities on the anti-doping scene if I had won my medals in a "regular" fashion?

Would I have had the opportunity to get involved with the International Testing Agency, the Canadian Centre for Ethics in Sport and IWF Anti-Doping Commission were it not for the unique hand of cards I had been given? The answer is "no."

As a teacher by trade, I truly believe that education is the key to combatting doping. We can’t simply punish our way to clean sport. We need to educate athletes, coaches, officials, administrators, everybody - we need to instil a culture change at the international level, at the IWF if we are to rebuild our sport’s reputation just as other major Olympic sports - such as athletics and biathlon - have done off the back of doping and corruption scandals.

There are too many people who think doping is "normal", that it’s the only way, and that evading doping tests is "part of the game."

I believe those athletes that initially finished ahead of me in Beijing and London, who were subsequently caught, were a victim of this mindset and system. I don’t blame the athletes, I blame their system and the culture that encouraged doping and the mindset that it was a normal part of the sport.

And this is why, in this high-stakes upcoming IWF Presidential election, we need to embrace a positive culture change or face possibly years on the sidelines as a pariah of international sport. This wasn’t an idea that the likes of athletics, biathlon and other sports [that have faced major crises] were willing to accept, and it must not be something that weightlifting should accept.

Make no mistake, the McLaren Report was a watershed moment, a crisis moment for our sport. And, there are two ways you can travel when crisis hits - you can turn in on yourself, go into denial and take what you believe are the easy "status quo" choices, or you can embrace change, face the difficult decisions head on - but take those difficult decisions knowing that there’s a brighter future.

And for weightlifting, embracing far-reaching reform means the IWF becoming a more athlete-minded organisation, bringing athletes onto the decision-making tables so that the federation is more representative of those - you guessed it - it purports to represent.

It means establishing a properly independent structure for managing doping, results fixing, illegal betting and other threats to other sport - establishing an arm’s length Integrity Unit, just as athletics, biathlon, tennis and others have done would restore confidence amongst athletes and fans.

And it also means becoming a more transparent, modern and better governed organisation that is befitting of the Olympic status it has built up over the years. All of this is possible if the IWF opts for a reformist candidate.

And with a new, reformist Presidency, weightlifting would reap the benefits that come from a clean slate - a renewed reputation that federations, athletes and fans could be proud of and reenergised commercial prospects from the fact that sponsors and partners would want to associate with our sport again. The benefits are endless.

I believe I speak for the many athletes out there by saying this is the IWF’s moment to shine, by embracing positive change that we can all be proud of. This is a once-in-a-generation opportunity.