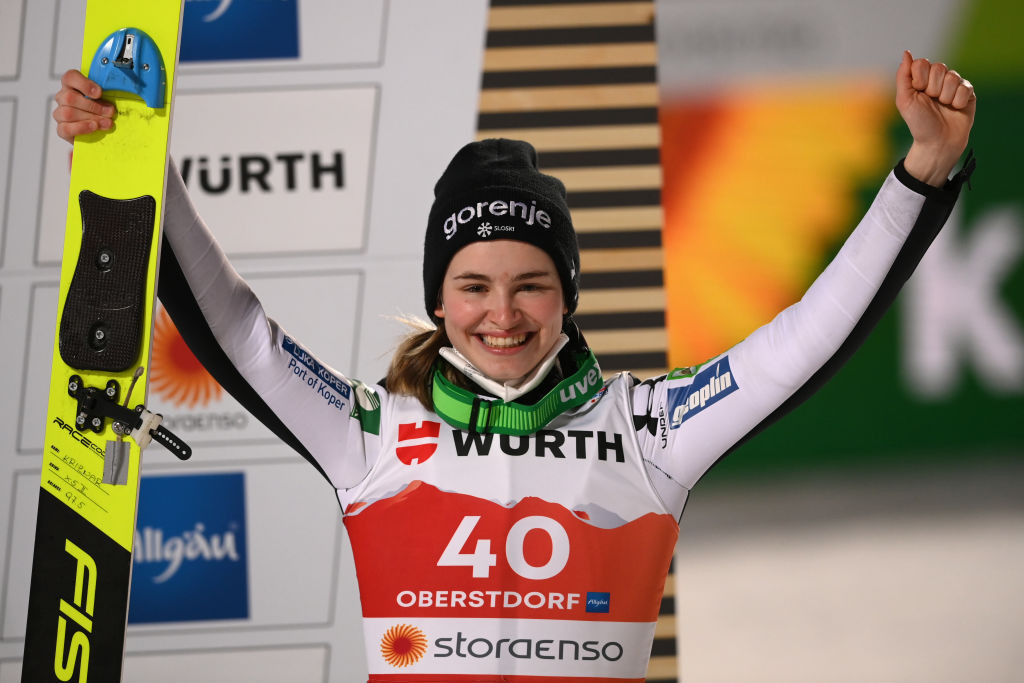 The individual competitions set for tomorrow and Saturday (March 27) will conclude the Women’s World Cup as well as completing the second half of the Blue Bird Russian Tour, the first half of which took place in Nizhny Tagil last weekend.

Second place behind Austria’s Marita Kramer in the first of those opening competitions allowed Takanashi to replace Križnar, who was third, in the race for the overall crystal globe.

But second place ahead of her Japanese rival in the second competition restored the Slovenian to the top.

The fight for the women's overall World Cup title: Who will take home the Crystal Globe after the final competitions in #Chaikovsky this weekend?#skijumping #FISskijumping pic.twitter.com/SNEcLALhje

Križnar has 751 points, with Takanashi on 746 and Kramer, who heads the Blue Bird standings after winning both events at Nizhny Tagil, third on 660.

While both the competitions in Nizhny Tagil were on the normal hill, the events in Chaikovsky will be split between the normal hill tomorrow and the large hill on Sunday (March 28).

Slovenia’s Ema Klinec, who became normal hill world champion earlier this month, will be seeking better form after finishing 11th and joint 18th in the first two of the Blue Bird legs.

The penultimate day of competition on Saturday is due to be taken up by the team competition.