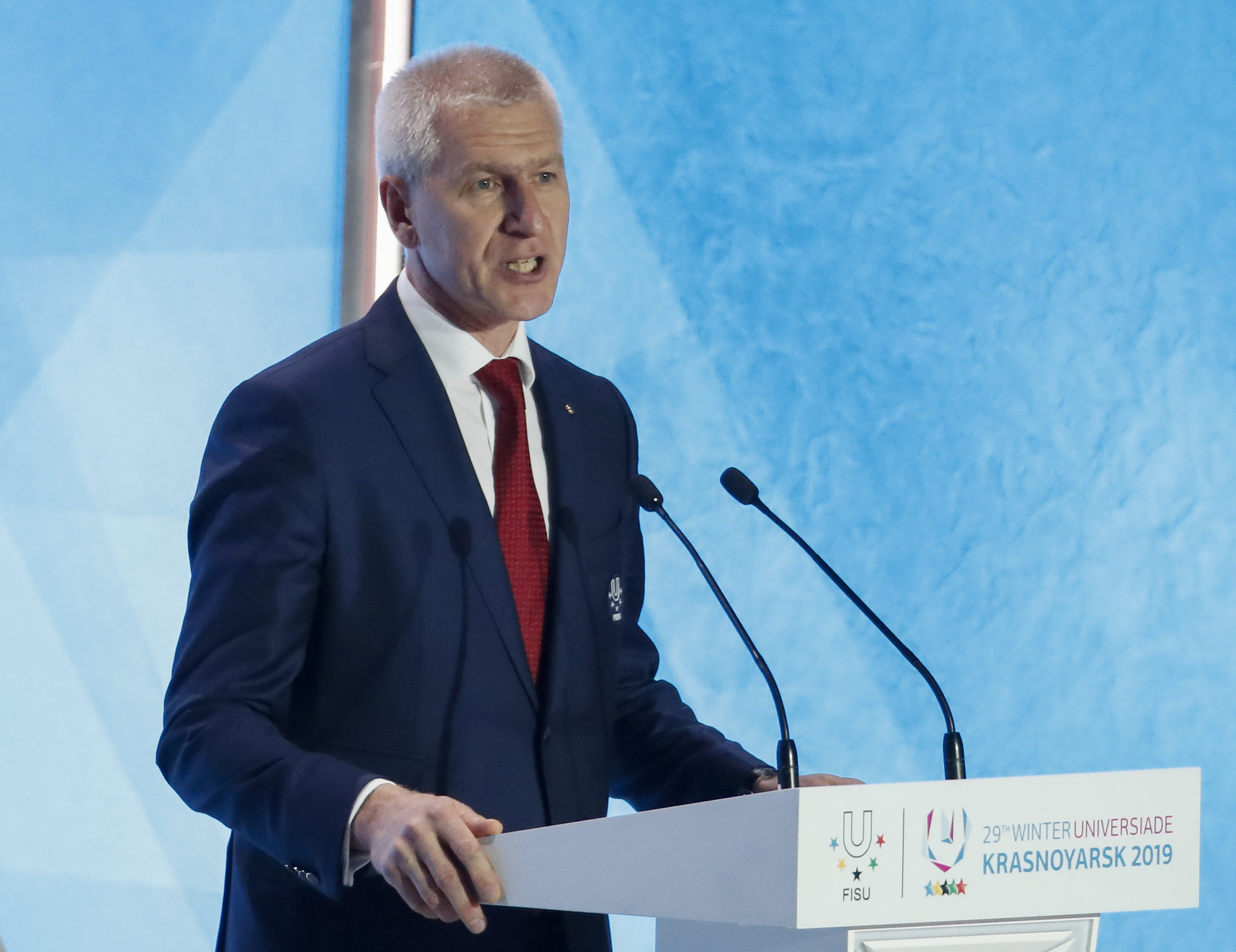 Chernov says Matytsin will remain "dominant" in the organisation of the Games in Russia due to his role as the country's Sports Minister, and is confident the Organising Committee will deliver the event as planned in two years’ time.

Matytsin has stepped down from his role at FISU for the period that sanctions imposed on Russia by the Court of Arbitration for Sport (CAS) apply.

FISU first vice-president Leonz Eder will lead the organisation until December 17, 2022 when Matytsin is due to resume his place at the helm.

Matytsin has played a key role in preparations for Yekaterinburg 2023 and Chernov is amendment that Matytsin will still have an influence.

"[The suspension of Matytsin's activities as FISU President] will not affect the preparation for the Universiade in any way," Chernov told state-run news agency TASS.

"We are working, we have close cooperation with the International Federation, the Minister of Sports is our leader in this matter, so there are no problems with organising the Universiade.

"We will fulfil all the obligations that we have undertaken, and we receive all the support that we need from FISU in excess.

"As for the role of the Ministry of Sports of the Russian Federation in organising the Games in Yekaterinburg, it is dominant, these are our curators and controllers, in this case we have no reason to believe that something will change."

Under the terms of the CAS decision, which partially upheld World Anti-Doping Agency sanctions, Russian Government officials are prohibited from holding any position at an international governing body that is a signatory to the World Anti-Doping Code.

The sanctions relate to manipulation of Moscow Laboratory data, and includes Russia's name, anthem and flag being banned from major events for two years.

Yesterday, FISU confirmed Matytsin "will not act as FISU President, fulfil any of the roles, responsibilities or duties of the FISU President, sit on FISU’s Boards or Committees, or otherwise act as a FISU representative" during this period.

Matytsin was elected as head of the organisation in November 2015.

In 2019, the FISU Executive Committee awarded Yekaterinburg the rights to stage the 2023 Summer World University Games.

Russia last staged the Summer Universiade in 2013, when Kazan was the host city.

Moscow had also staged the Universiade in 1973.