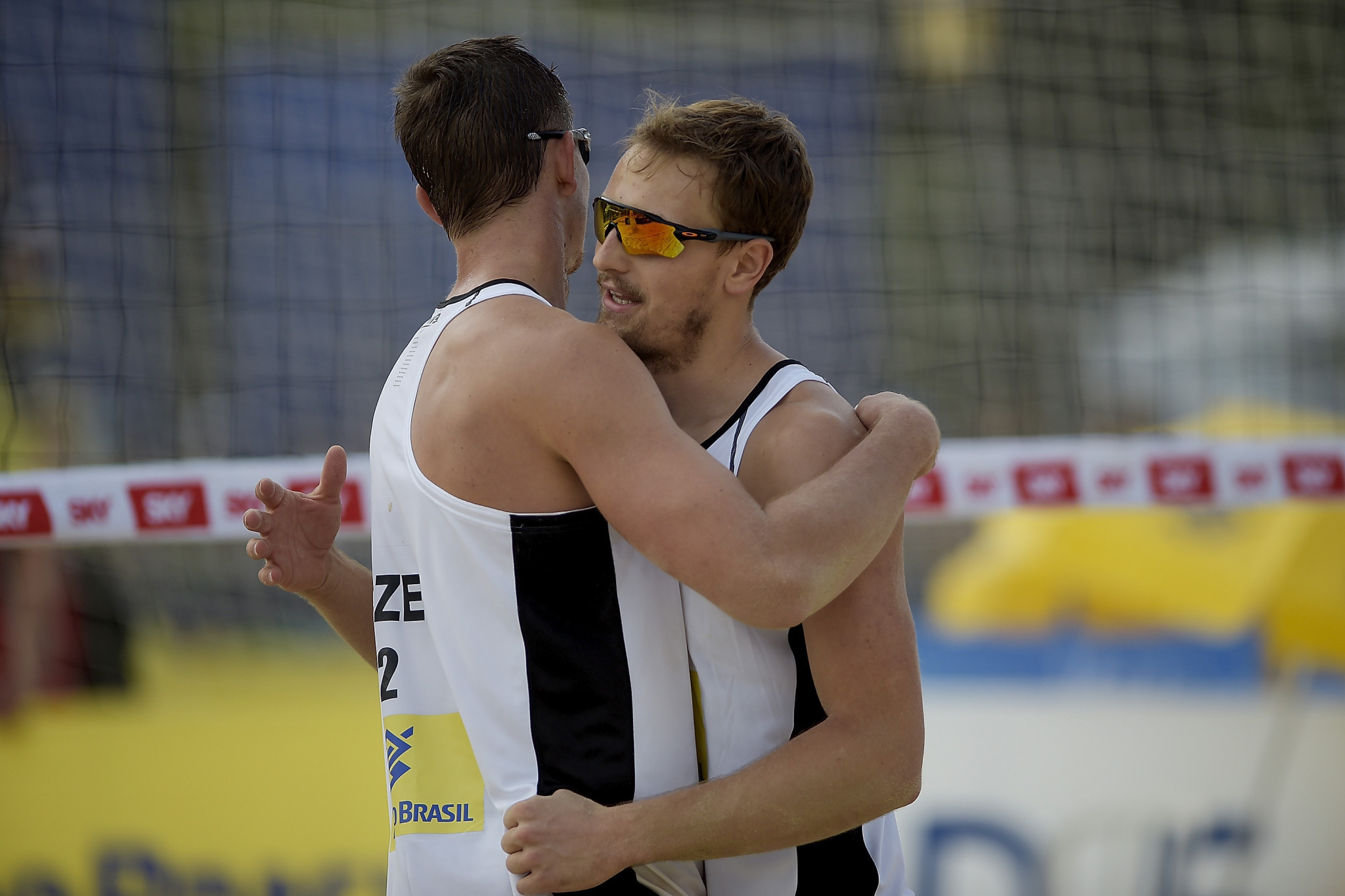 The Czech pair came up against Brazil's Evandro Goncalves and Gustavo Carvalhaes in the men's final in the Qatari capital.

Perusic and Schweiner proved to be comfortable winners, earning a 21-16, 21-19 result.

"We were not expecting it and I cannot really describe the emotions and feelings that we currently have," Schweiner said.

"I’m really happy with our performance during the whole tournament, because finally it was not ups and downs.

"We had no downs, apart from my side-out in the second set of the final, and I’m really happy with this."

Taylor Crabb and Jacob Gibb were the victors of an all-American battle for bronze.

The women's final was a clash between the competition's top two seeds - Sarah Pavan and Melissa Humana-Paredes of Canada and Alix Klineman and April Ross of the United States.

"It means so much - we are so grateful to be here," Ross said.

"We felt so welcome here.

"It was an amazing tournament, amazingly run, and to come out on top, especially at the first event in so long is so exciting.

"We worked as hard as we could work and it still feels like there is a lot of room for improvement.

"Against that team, it’s really tough and I felt like we pushed each other.

"So we are going to take notes, go back and continue to work hard."

Brazil's Agatha Bednarczuk and Eduarda Santos Lisboa finished as bronze medallists, beating Emily Stockman and Kelley Kolinske of the US 21-13, 21-14.