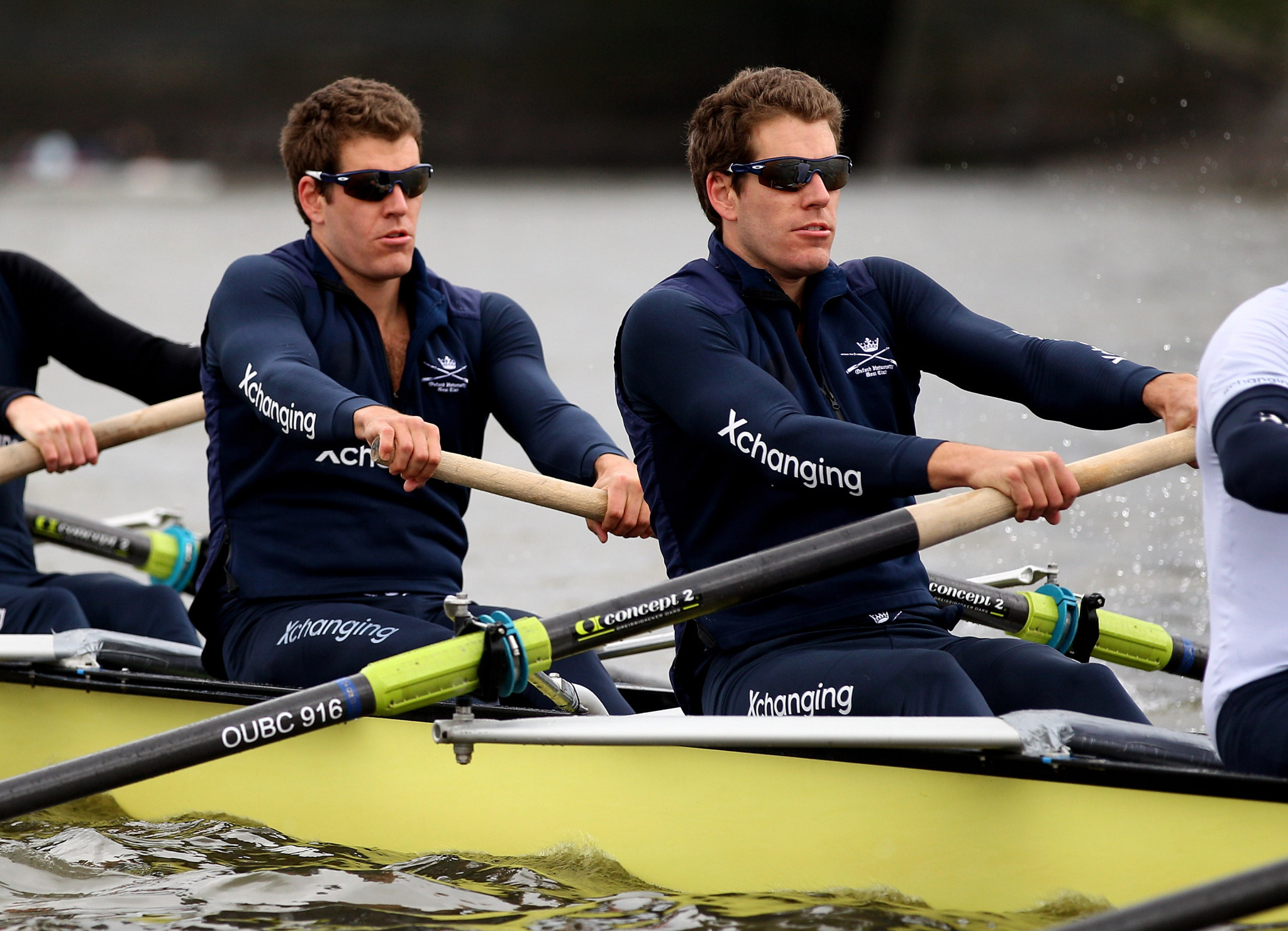 A company founded by two Olympic oarsmen has been unveiled as principal sponsor of next month’s Oxford versus Cambridge University Boat Race.

Twin brothers Cameron and Tyler Winklevoss rowed for the United States in the men’s coxless pair at the Beijing 2008 Olympics, finishing sixth.

Their company, a cryptocurrency business called Gemini, has been announced as principal partner of the 2021 Boat Race, which will be the 166th for men and the 75th for women.

Due to COVID-19, the races, scheduled for April 4, will be staged outside London for the first time since 1944, on the Great Ouse river at Ely, a small but ancient cathedral city in the Cambridgeshire fenlands.

The Winklevoss brothers also rowed for Oxford in the 2010 Boat Race, won by Cambridge after an unusually close contest.

We're excited to announce that Gemini is the Principal Partner of @theboatrace 2021!

The Boat Race between @UniofOxford and @Cambridge_Uni is one of the world’s oldest amateur sporting events, and we're proud to support this year's event. https://t.co/0UZCGcYVPC pic.twitter.com/FkZDr8Bdns

Cameron Winklevoss, Gemini President, said: "We are excited to support this historic event to go ahead safely and widen access to the sport through The Gemini Boat Race Bursary Scheme."

This £75,000 ($104,175/€87,600) scheme will provide rowing instruction and education to disadvantaged students through the Fulham Reach Boat Club, a registered charity.

First contested in 1829, the annual race between the two English universities, the light blues and the dark blues, is one of the world’s oldest amateur sports events.