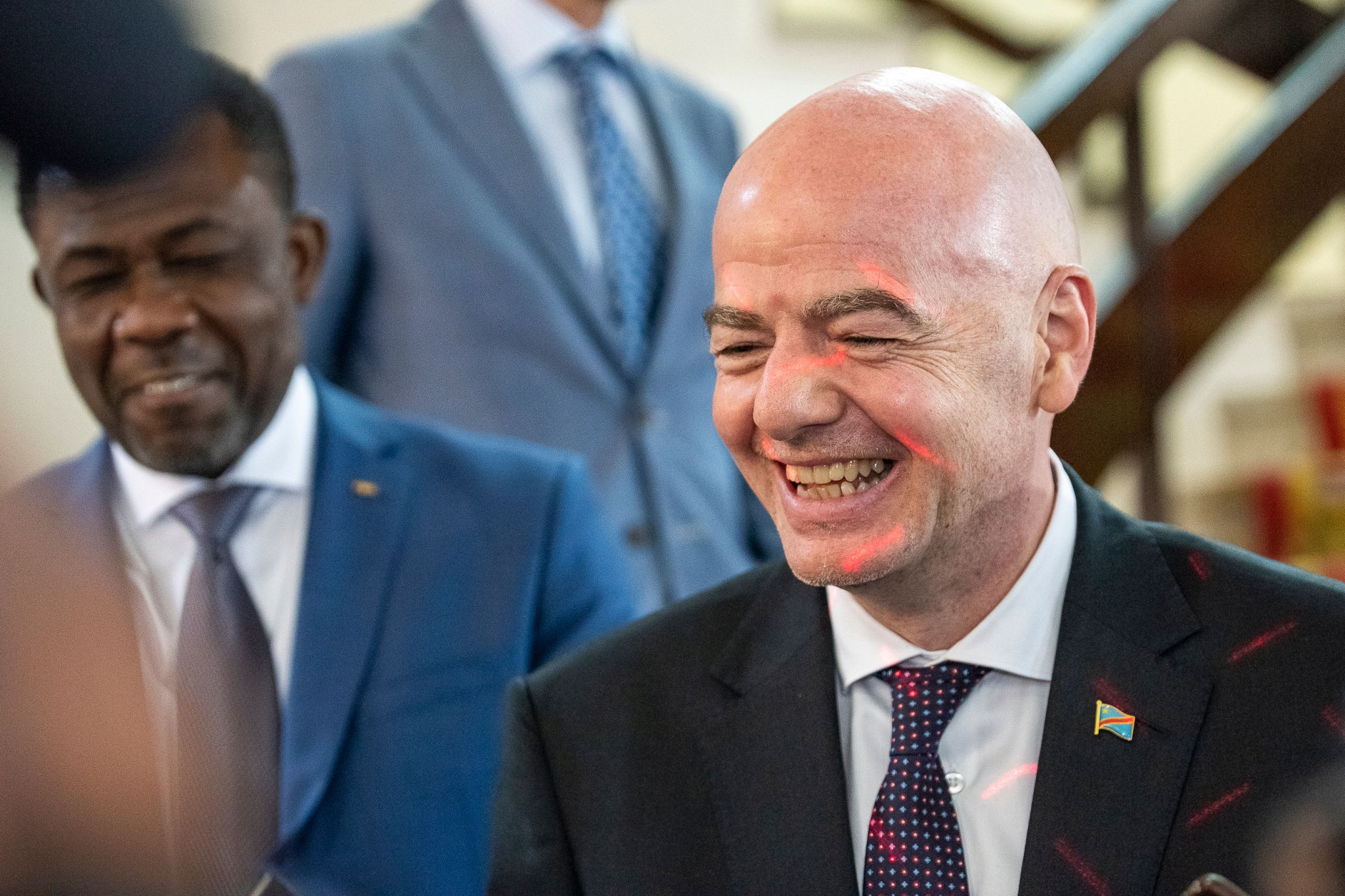 FIFA President Gianni Infantino has reiterated his call for unity among member associations, regional organisations and continental confederations as his African tour continued in South Africa.

Infantino had already visited Mauritania, Senegal, the Central African Republic and Rwanda on his tour, which comes in the build-up to next month’s Confederation of African Football (CAF) Presidential election.

The FIFA President also highlighted the decision to increase the number of African teams at the 2026 FIFA World Cup as part of efforts to develop the game.

"COSAFA is very important in this part of the world, and as part of the FIFA Forward programme, in which we introduced a strong support to the zonal organisations," Infantino said.

"Nevertheless we can and want to do more so we need to be united and work together in a true spirit of cooperation.

"Doubling the number of teams participating in the World Cup is crucial because it can have an impact on youth and the entire football community as it gives many more countries a concrete chance to qualify.

"This can trigger investments from governments and the private sector, which can help the member associations further develop football in their respective countries.

"In order for African teams not only to participate, but to shine at a world stage, the work has to start now.

"Africa should be united to get back what it has given to global football, and this can only happen if we all work together."

COSAFA President Phillip Chiyangwa said the organisation was heeding Infantino’s message by uniting behind Motsepe as its candidate of choice for the CAF Presidency.

"We believe he [Motsepe] has the right mix of business acumen and connections in the corporate world to lead CAF through what will be a difficult period in the coming years," said Chiyangwa.

"The name of Dr Motsepe is synonymous with good governance and integrity, and he is the perfect candidate to meet the challenges football on our continent faces.

"FIFA President Gianni Infantino often talks of how unity is required in African football to move the game forward and we firmly believe Dr Motsepe can bring that.

"His commitment to the role is obvious and the passion he clearly has for African football can never be questioned.

"We will go to [CAF] Congress as a COSAFA collective and we will show unity of our own to help Dr Motsepe get elected.

"We are at a crucial stage for African football, that is quite clear, and what is required is strong and decisive leadership.

"That is how we will grow the game and provide the future we all want to see for African football."

Motsepe is the current owner of South African Premier Soccer League side Mamelodi Sundowns, who were crowned winners of the CAF Champions League in 2016.

COSAFA's General Assembly established a new Ethics Committee and introduced a rule requiring at least one woman on the organisation’s Executive Committee.

The organisation also said it planned to host 10 tournaments in 2021, including a first COSAFA Women’s Champions League.

"Our women’s and youth tournaments would not have been possible without the insight of Mr Infantino, who saw the merit in supporting them.

"He put FIFA’s money where his mouth his through the FIFA Forward grant.

"He promised to provide his support and he has."

Infantino’s visit included a meeting with South African President Cyril Ramaphosa, which came a day after he met with the Democratic Republic of Congo's President and current African Union chairperson, Félix Tshisekedi, amid the imminent launch of a pan-African schools football tournament.

FIFA said Infantino discussed the unifying power of football throughout the continent with Ramaphosa, while emphasising the importance of South Africa as hub for football in the region.

Johannesburg is home to one of FIFA’s regional development offices, which are also based Rwanda’s capital Kigali, Dakar in Senegal, and Brazzaville in the Republic of the Congo.

Yahya, Senghor and Motsepe are three of the candidates approved to stand in the CAF Presidential election.

Honorary President of the Ivorian Football Federation Jacques Anouma is also among the contenders.

Incumbent CAF President Ahmad is a doubt for the election.

The CAS has set March 2 as the date for Ahmad's appeal against FIFA sanctions, and while he was cleared to take the CAF reins once more in the meantime, the Malagasy is still not eligible to stand for re-election.

The CAF Presidential election is scheduled to be held in Rabat, Morocco on March 12, with CAS expected to reach a verdict in Ahmad case before that date.