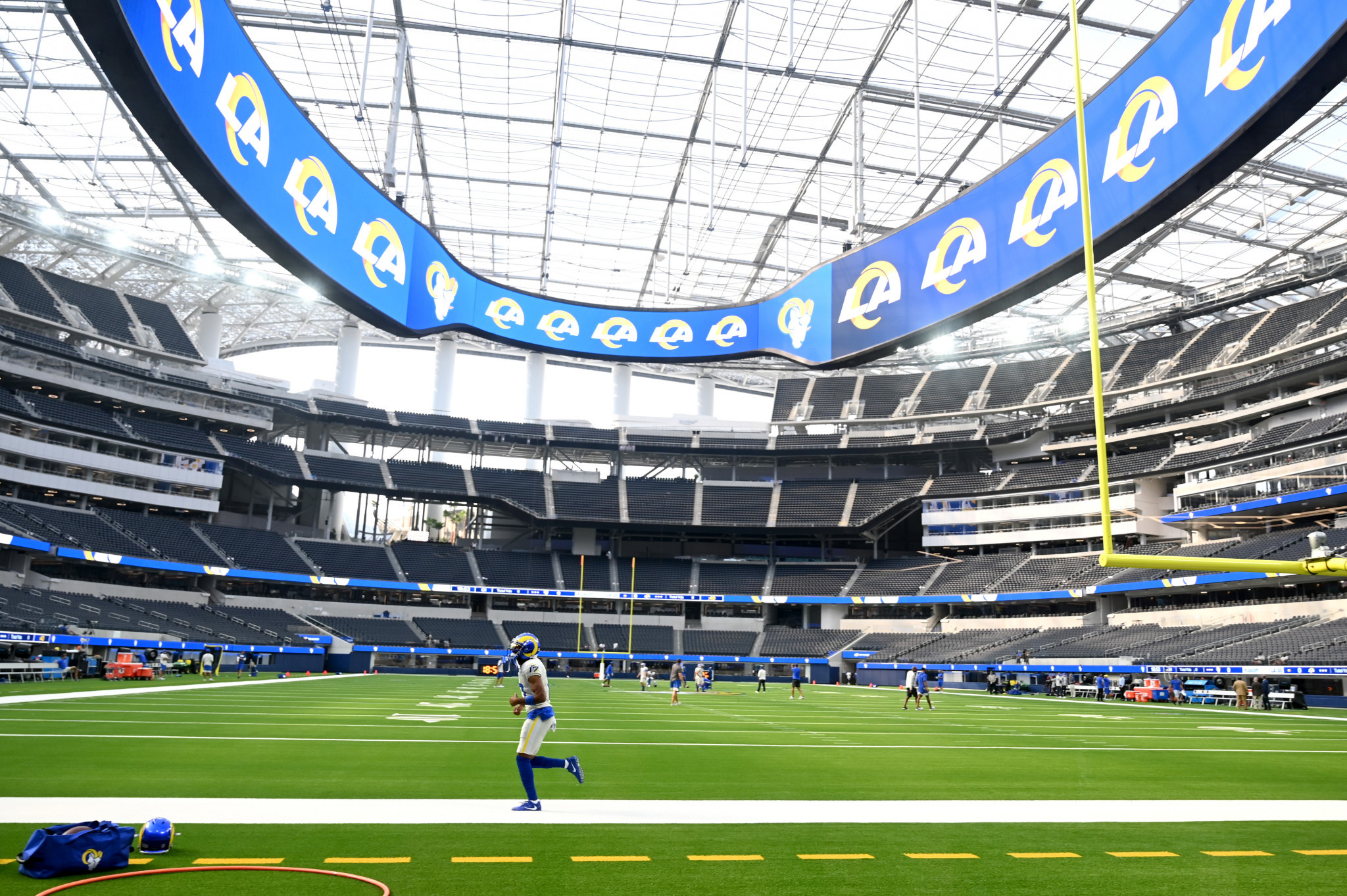 The SoFi Stadium, which will host the Opening and Closing Ceremonies of the Los Angeles 2028 Games as well as Olympic football and archery, is set to be used as a COVID-19 vaccination centre.

The 70,000-seater arena, built in September last year, serves as home for National Football League (NFL) teams Los Angeles Rams and Los Angeles Chargers, and is due to host next year’s Super Bowl.

Its conversion to a vaccination centre has been arranged via a partnership with the Los Angeles Unified School District (LAUSD), the Rams, Hollywood Park and the City of Inglewood.

The site will be able to serve any public and private school teachers, administrators and staff in Los Angeles County from schools that wish to participate in the COVID-19 vaccination programme.

It is hoped the Hollywood Park site will be able to vaccinate more than 10,000 people a day once fully operational.

SoFi Stadium is joining a number of NFL venues in opening up as a vaccination centre.

Earlier this month NFL commissioner Roger Goodell offered the use of all 30 of the league’s stadiums in a letter to US President Joe Biden.

The Olympic Stadium in the Canadian city of Montreal, which hosted the 1976 summer Games, is also set to open as a vaccination site over the coming weeks.

The United States is the world's worst hit country by the coronavirus pandemic.

The country has recorded more than 28 million cases and at least 505,000 deaths from COVID-19.