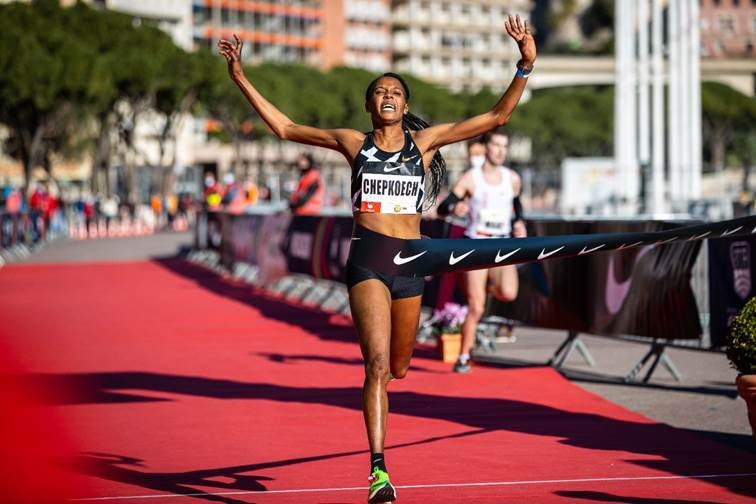 Kenya's Beatrice Chepkoech has set a 5 kilometres world record in Monaco, taking a second off the previous best time.

The Netherlands' Sifan Hassan held the previous 5km world record, which was also set on the streets of Monaco in 2019.

The 29-year-old Chepkoech already held the 3,000 metres steeplechase world record, which was also set in Monaco in 2018.

Chepkoech is additionally world champion over that distance, having triumphed in Doha in 2019.

Chepkoech was "so happy" to earn another world record and paid tribute to pacemaker Luuk Maas after the race.

"Even though there was a lot of wind, I managed to run right on pace,"Chepkoech said.

Uganda's Joshua Cheptegei was the first man to cross the line, in 13;14.