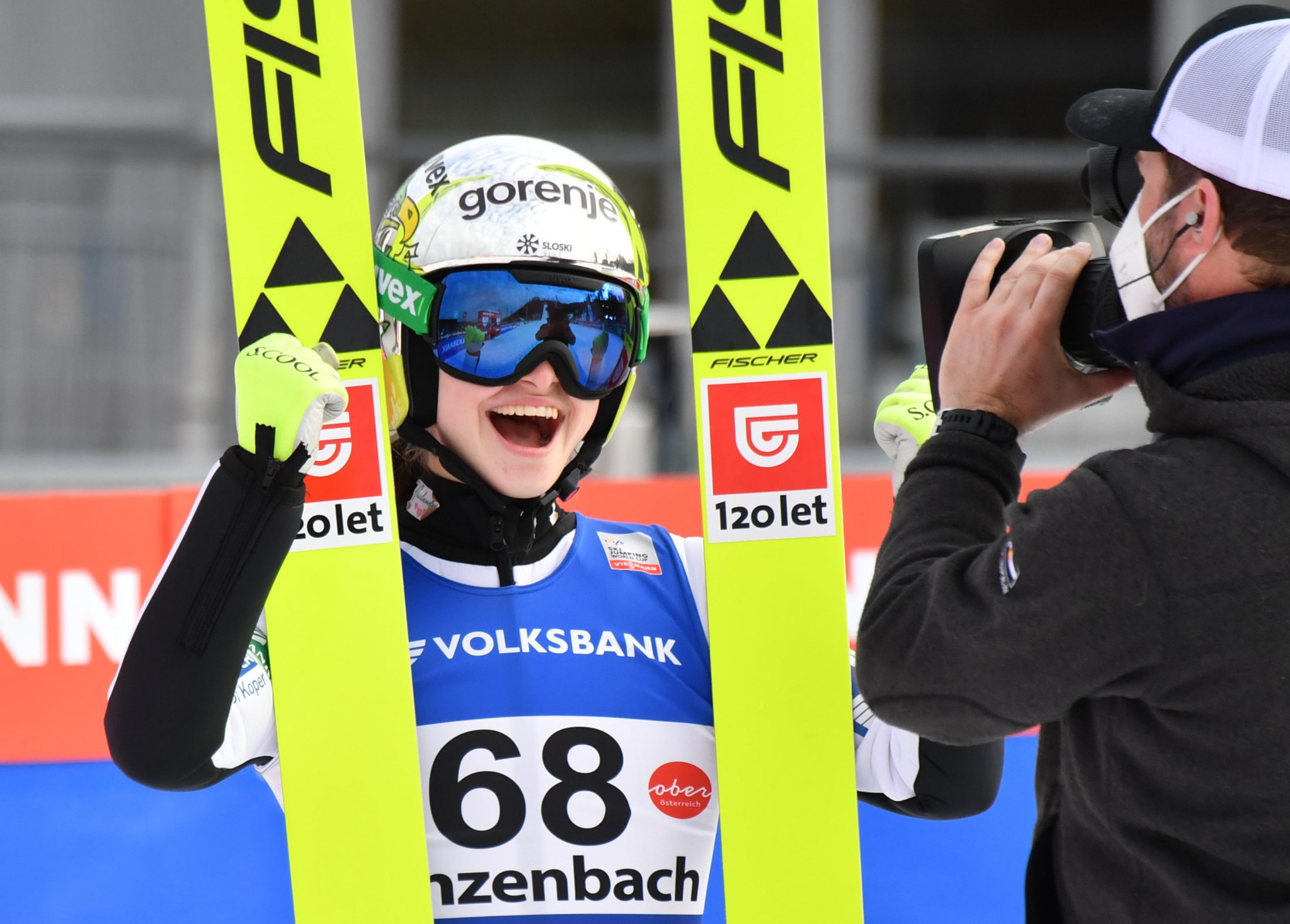 Nika Križnar claimed her first win in the International Ski Federation (FIS) Ski Jumping World Cup as she triumphed in Hinzenbach in Austria.

The 20-year-old Slovenian, who has competed at World Cup level since 2015, had already recorded the best individual result of her career this season when she finished second at the opener in Ramsau.

It has been a successful season for Slovenia so far, with the country topping the podium at the team event in January.

The Austrian is top with 410 points, with Križnar now moving up from third to second on 291.

Klinec has also progressed up the leaderboard and is now third on 265.

Competition is scheduled to continue tomorrow in Hinzenbach.