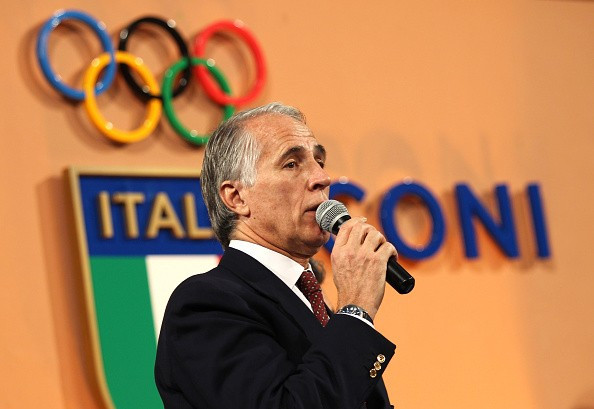 It was feared that Italy would face a flag and national anthem ban for the Tokyo 2020 Olympics due to a controversial sports law introduced, which undermined CONI's position as governing body of sports in the country.

The Italian Government's Cabinet approved a decree that safeguarded CONI, in one of Italian Prime Minister Giuseppe Conte's last acts before he resigned today.

Conte quit the position following his handling of the COVID-19 pandemic, which has led to the deaths of over 85,000 people in the country, making Italy one of the deadliest countries in the world for COVID-19 proportionately.

Although he narrowly won a vote of confidence in the Italian Senate, Conte did not receive the absolute majority needed and resigned today after a week of inconclusive negotiations.

This new legislation also looked to put term limits on CONI, which could have caused interruptions into preparations for the Olympic Games.

A meeting was supposed to take place tomorrow to further discuss the issue, with Italy's flag and national anthem facing a potential ban, meaning CONI could have faced similar Olympic sanctions to Russia.

The Russian flag and anthem will be absent from Tokyo 2020 under a series of sanctions imposed on the country because of the state-sponsored doping scandal.

Bach reportedly was "very happy" after Malagò stated that CONI's autonomy was secure.

"The Cabinet has approved a decree containing rules that set out the autonomy of CONI," said Italian Sports Minister Vincenzo Spadafora.

"Now the Italian Parliament will have the last work when it converts it into law.

"It was unlikely that Italy would have been so heavily penalised tomorrow, given our country's long and glorious sporting and democratic history, but today's decision eliminates any doubt and resolves the problem of CONI's independence."

CONI President Malagò and secretary-general Carlo Mornati are set to hold a press conference later today at the Hall of Honor of the Foro Italico in Rome to formally announce the decision made by the Government.

Malagò previously confirmed the country could face IOC sanctions when speaking in front of the Italian Senate yesterday, warning an intervention by the Government "is needed to stop any decision of the IOC".

He urged Conte to issue an emergency decree to prevent CONI from being sanctioned.

Italy has won 246 gold, 214 silver and 241 bronze medals at the Olympics, making it one of the most successful nations in the Games' history.

Tokyo 2020 is scheduled to take place from July 23 to August 8 this year, following its postponement due to the COVID-19 pandemic.