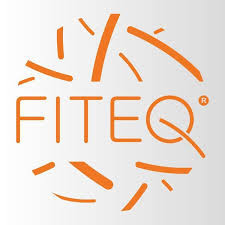 Players from across Lebanon have taken part in the country's first official teqball tournament.

The event was held in the northern city of Nakhleh Al Koura last month and was deemed a success by organisers.

Using the development programmes set up by the International Federation of Teqball (FITEQ), the Lebanon Teqball Federation - led by President Fouad Chaikha and general secretary Wissam Trkmani - has made significant progress since its establishment in October 2019.

The Beirut-based federation has now officially registered 27 clubs across the country, many of whom played their part in the Nakhleh Al Koura event.

The competition featured doubles for men and women and mixed doubles competitions, with 20 teams participating.

The matches were officiated by eight referees, who had all completed FITEQ’s online refereeing course before the tournament.

The national federation is benefitting from FITEQ’s development programmes that aim to stimulate long-term growth in participation at a grassroots level, while also helping unearth the stellar players of the future.

The programmes provide initial financial and infrastructural support - notably teqball tables - as well as the provision of education, coach and referee courses, and assistance with competition delivery.

FITEQ said it is "committed to guiding all National Federations throughout their teqball journey and the progress of teqball in Lebanon is evidence of the impact its development programmes are having on the global growth of the sport".